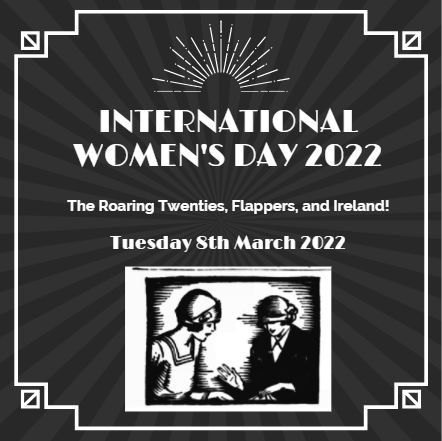 Think of 1920s Ireland and images of war and brutality come to mind. With upheavals from 1920 to 1925 it’s hard to think or believe that life did go on albeit at a perhaps more fractious pace. Ordinary life did prevail around bullets and bombs; people got married, went to work and school, shopped for clothing, and went on holidays. And surprise surprise Irish women did bob their hair, shorten their hemlines, and danced the Charleston and shock horror where just as much a Flapper as their British counterpart!

This blog post looks at the women of 1920s Ireland who either emulated Flapper fashions or lived the live of a flapper themselves. The Belfast Telegraph from 7th April 1927 states (my ellipses), ‘Not a few of us [women] think that whatever a man can do a woman, or a miniature woman, a flapper, can and ought to be permitted to do.’  This quote is surrounded by advertisements of Irish flappers with bobbed hair playing tennis, rowing, wearing fashionable clothing, and smoking! Smoking! – Surely good, chaste, Irish colleens of 1920s Ireland didn’t smoke? But they did and they smoked like troopers!

This is not to disparage women who were chaste and went to Church, but surely being a Flapper and going to Church can sit incongruously with the traditional, projected image that we are accustomed of Irish women of this period? The role of the historian is to disrupt what has gone before and to re-evaluate static tropes that only pertain to tell one, sometimes restrictive, of a national or personal narrative.

This is exactly what I try to do as an historian of 20th Century Irish women and Irish dress history; re-evaluate a multitude of sources to portray a fuller picture of lives and situations that have gone before. What better place to start than with the lives of Irish Flappers? The Irish Independent of 26th January 1923 tells its readers that there are many chances of viewing the modern Irish Flapper in her many guises. These guises included the Flapper who smoked, who wore low necklines and high heels, with an example of an ‘extreme Flapper’ being seen on Grafton Street emulating all of these behaviors.

The Belfast Telegraph of 18th April 1924 discusses the new knee-length Paris fashions seen in the dance halls of the French Capital. The author derides if these will be fashionable in Ireland as surely these short dresses are not compatible with dancing the Charleston? The author goes onto say that it probably won’t stop Irish Flappers who are consumed with the ‘dance craze’ just like their French counterparts.

Furthermore, the Northern Whig of 4th May 1926 a column by Evelyn Vivian discusses the authors recent afternoon tea outing with two teenage flappers who were chiefly concerned about their appearance, the price of silk stockings, and meeting their friends for cocktails. Evelyn re-assures the reader that despite the emancipation offered to young women since gaining the vote society does not mean that these women have become ‘unsexed.’ That instead these young Flappers had the choice both to work, pursue further education and be concerned about their appearance. Something then even ten years previously would have associated them with actresses who wore make-up!

However, not all Irish women wore make-up, bobbed their hair, and wore modern fashions. Throughout the papers I read from the 1920s there are many allusions to women who did not bob their hair for whatever reason, chastisement from men (mainly from religious men!), and women who wore modern fashions but did not engage in Flapper-esque behavior. The Belfast Telegraph of 9th May 1924 discusses that, ‘many of the foremost women in this city [Belfast] wear flapper skirts, when they are not flappers.’ The article goes onto say that their dresses are the only Flapperish thing about them!

There were also references to Flappers out-growing their attention seeking behavior and looking back to their mothers, grandmothers, and other female relatives for ‘sensible and suitable’ behaviors for their future. As in they will return to the image of Edwardian femininity; long hair, flouncy clothes, and knowing their space in society i.e. in the home. If this happened it is not clear but we do know that the traditional imagery of Irish women at this time tended to be of a pure and innocent Irish maiden who adhered to what the state, church, and her family told her to do. 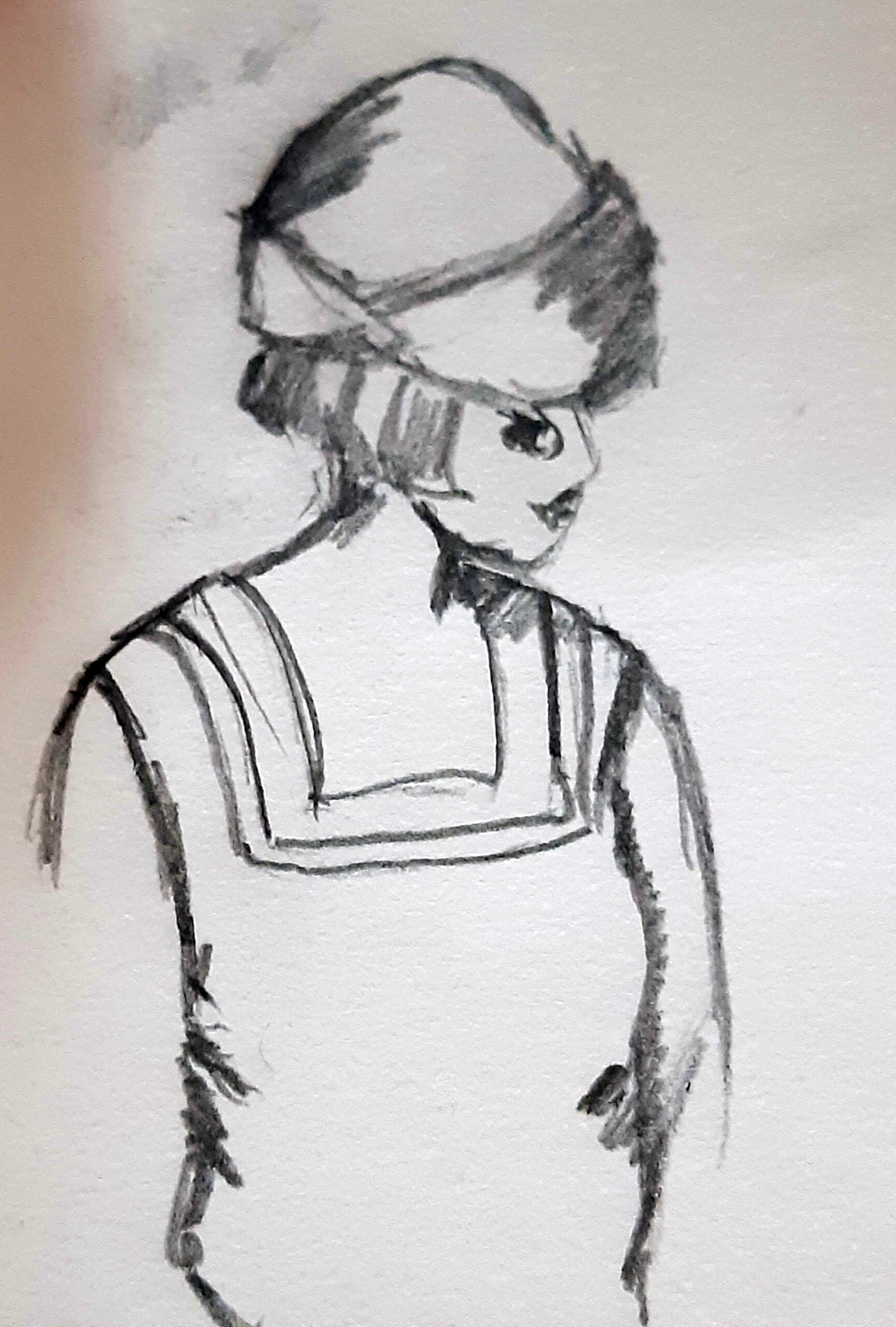 However, what is clear there were many women in 1920s Ireland that did not adhere to the traditional trope of mother and wife. They did aspire to look and perhaps act like an a-typical Flapper or just perhaps wanted to wear emancipated fashions and hairstyles. This did not mean that they danced the night away to the Charleston drinking cocktails and smoking cigarettes or did it? Unfortunately, I have not come across any first-hand written information in the forms of diaries or letters that purports this to be true. Unfortunately, like the majority of Irish women’s history the true stories of Irish Flappers has been possibly lost to the throes of time.