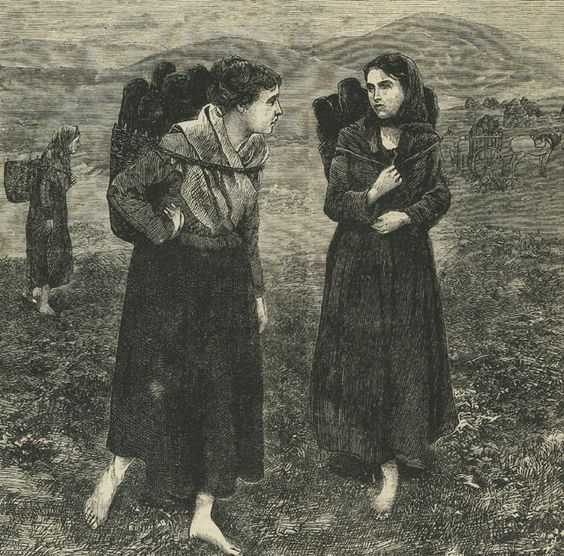 Two Irish Colleens talking after a hard day cutting peat and transporting it back to their humble cottage. Barefoot, wearing a cloak and clothes probably made out of ‘homespun’ cloth. Who knows what they were chatting about; definitely not if anyone in the future would remember them or write about them. But people did, do, and will do in the future. The history of Irish women is multi-faceted and fascinating; I only touch one area of Irish women’s history as an a historian but many touch on all aspects that have affected Irish women’s lives over the last few centuries. 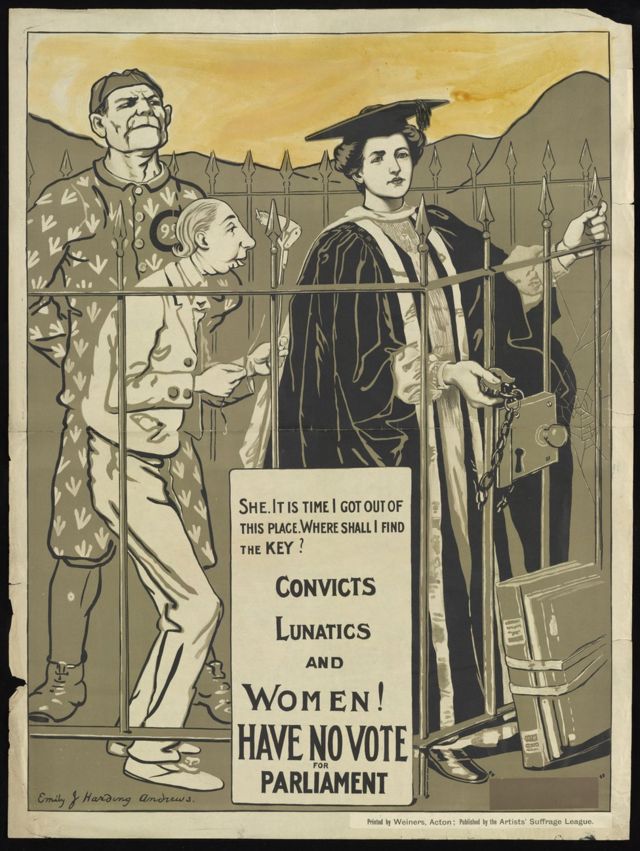 This month is Women’s History Month and by extension for me Irish Women’s History month. Irish women are fascinating in all their capabilities, strengths, weaknesses, and impact on history. They were so much more than wives and revolutionaries; they were artists, singers, fashion designers, lawyers, engineers, Suffragists and Suffragettes, mothers, wives, daughters, members of the landed gentry and working class Millie’s. What did they all have in common? They contributed to Irish history in their small or large way and in ways they could never imagine.

But Why Irish Women’s History do I hear you say? Well why not? There has been a massive re-focus on women’s history in other countries in the past fifty years so it is natural that the history of Irish women will be included in this. I have always been fascinated with early to mid-twentieth century history of Irish women due to growing up listening to stories from my Grandmother and Great-Aunts growing up in this period. I fashion (apologies!) myself as a dress historian who has a multi-disciplinary aspect of looking of history as my historical practice includes ideas from social, leisure, and domestic or history of the home.

For me working as an historian of Irish dress and by extension of Irish women is paramount to make sure that these women are never forgotten. The study of Irish women’s history transcends the traditional ‘divide’ in Ireland to incorporate ‘Irish’ women of all political or religious persuasions. 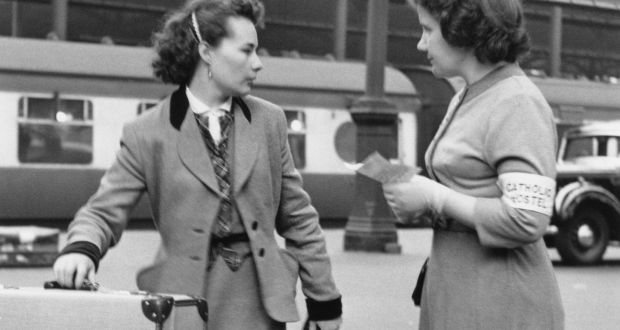 If we cannot include the entirety of the history of our population how can we tell the true story of the history of our nation? Telling the story of the Lady of the Manor from County Cork is just as important as telling the story of the mill worker from Belfast. If we exclude or include certain women due to certain personal political ideals or other ideals then we risk excluding women whose contribution to history may be different but is nonetheless important. This is why this Women’s History Month I will be delving into discussions and facts around neglected women or stories from Irish history in the twentieth century so that they are remembered and that they are in future considered as important as established Irish history.