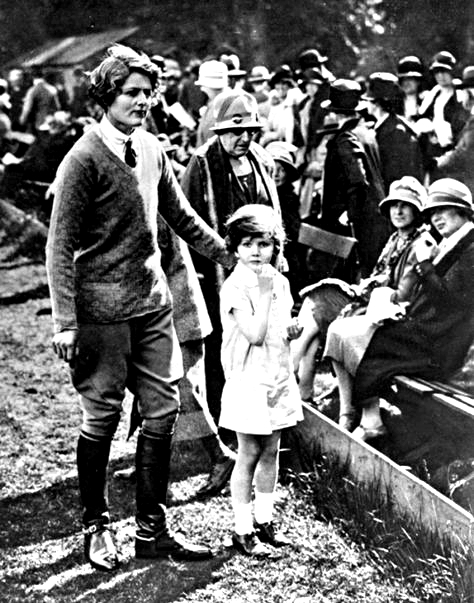 When I come across a photograph of someone spectacularly styled from the past I automatically want to both emulate their dress and find out more about the historical person if possible. Especially if they are wearing a combination of vintage ‘casual’ wear or attire suitable for wearing in the country. Hence, why I got very excited about the photograph of Marjorie Pratt, Countess of Brecknock above.

Lady Marjorie was born Marjorie Jenkins on 28th June 1900 in London. Her parents were Colonel and Mrs. Jenkins and spent most of her formative years following her father about as he was an active member of the British Army. If a location became unsuitable for a young child to go to Marjorie spent time with her cousins includin Edwina Ashley who would be a lifelong friend and would later become Edwina, Countess of Burma and wife of Lord Mountbatten.

Marjorie was a young teenager during the First World War and was too young to formally join any of the women’s services or nursing contingencies although she did assist nursing staff at a convalscent home Marsh Court, Stockbridge. It is unclear if Marjorie was a VAD or just an assistant at this home.Marjorie married John Charles Henry Pratt, Earl of Brecknock in 1920 and two children; Lady Mary in 1920 and the future Earl of Brecknock, David Pratt. 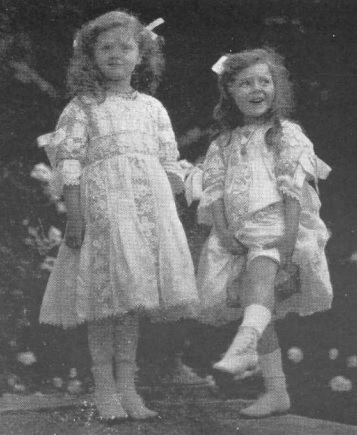 Marjorie’s life between the birth of her children and the oubtreak of World War Two is not well recorded bar a few scant photographs of her at society events like the one above. I like to think that she was a typical society lady of this era attending the London Season, dressing fashionably in the best clothing money could buy, attending cocktail parties and entertaining at her country house estate of Wherwell House in Hampshire.

Recently, I came across an interesting post on a military re-enactment group that I’m part of on Facebook about a collection of Auxiliary Territorial Service (ATS) uniforms, pamphlets, medals, diaries etc. that happened to belong to Marjorie Pratt, Countess of Brecknock and pointed me in the direction of the photograph above. The items are now owned by the member of the Facebook group and are used for re-enactments across the UK. It seems a shame that these items are used for re-enactments as this collection of items are one of the rarest collections of a complete set of ATS uniform equipment that I’ve ever seen. These items gave me more information and a clearer picture of Lady Marjorie’s role in first the F.A.N.Y (First Aid Nursing Yeomanry) and then when the F.A.N.Y. amalgamated into the ATS. 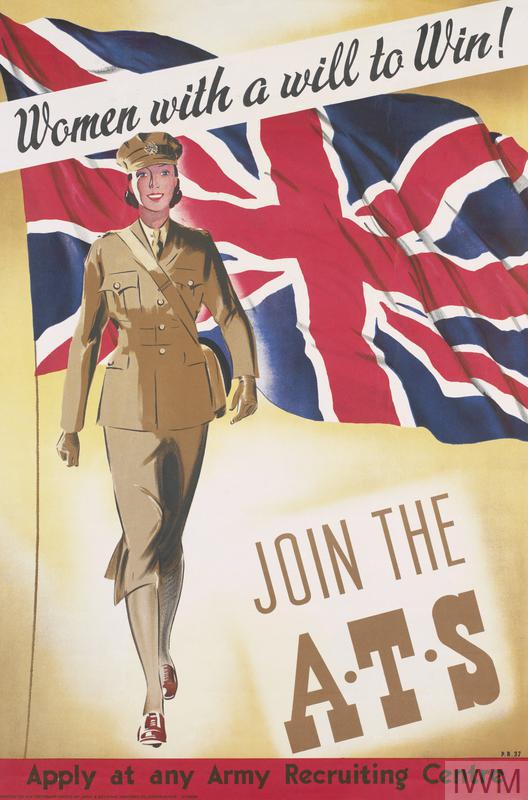 Because these items are being used on a regular basis it is perhaps not unlikely that these items will become dispersed from their original collection to other collectors. If the items were donated in tact they would offer an excellent opportunity for a museum to acquire an en-tact set of ATS uniform and acroutements. The ATS were the auxiliary female service attached to the British Army in the Second World War and were founded in September 1938. The ATS were the the female counterpart to the Women’s Auxiliary Army Corps (WAAC) (later Queen Mary’s Auxiliary Army Corps or QMAAC) of the First World War. The ATS’s first director was Dame Helen Gwyne-Vaughan who served with the QMAAC (Overseas) in the First World War. 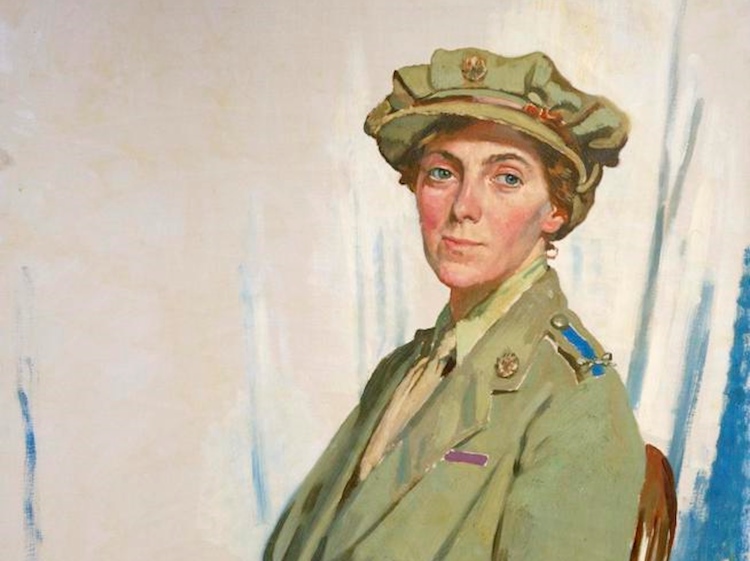 Lady Marjorie was too young to volunteer for the WAAC or QMAAC during the First World War and as mentioned above assisted in a nursing home for recovering solders. It is perhaps this experience led her to volunteer with the St. John’s Ambulance Service prior to the Second World War and subsequently volunteering for the F.A.N.Y in 1938. Marjorie had a colourful wartime service ranging from providing first-aid as a member of the F.A.N.Y and serving with F.A.N.Y motor companies and assisting on anti-aircraft guns. Marjorie ended the war as a senior British Officer at Supreme Headquarters Allied Expeditionary Force or S.H.A.E.F as it’s better known. Marjorie continued her service with the British Army in the Women’s Royal Army Corps (W.R.A.C) as can be seen in the below photographs of her WW2 F.A.N.Y/A.T.S. uniform that also contain post-war W.R.A.C badges. 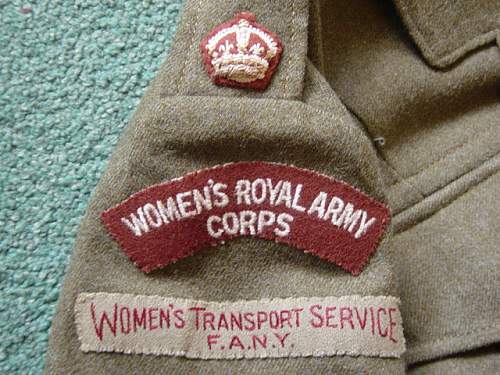 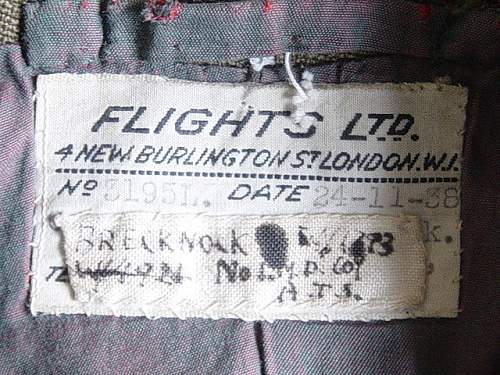 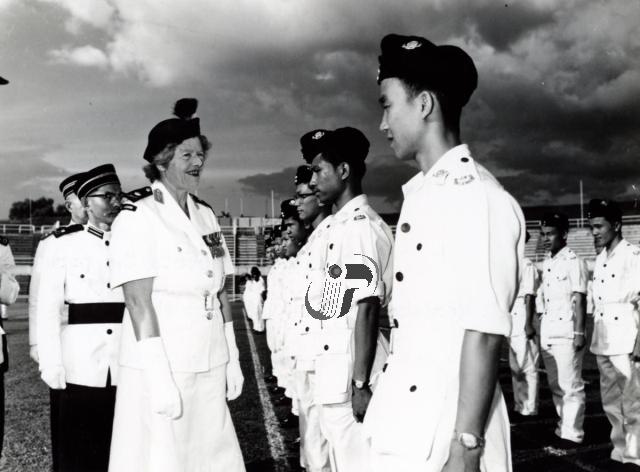 Marjorie Pratt, Countess of Brecknock as Superintendent-In-Chief of the St. John’s Ambulance Brigade,

Marjorie continued to take an interest in St. John’s Ambulance affairs before her death in 1989 but concentrated on spending time with her family, travelling abroad and tending to her farm on her estate as well as taking up the sport of shooting! It is not surprising that I have never heard of Marjorie (even though she was a Senior Commander in the A.T.S. and played an important role in the St. John’s Ambulance brigade) as women’s history is endemic with un-told stories of extraordinary women in often extraordinary times such as the First and Second World Wars. Marjorie’s story may be typical of many of her class in joining the F.A.N.Y. and serving in the A.T.S and possibly gaining Officer status due to family connections. However, what must not be under-estimated that Marjorie played an important role in shaping how women are preceived in modern armed forces in that she was on of the first women to gain an important Senior Commander role and continued this work with the W.R.A.C after the end of the War. Marjorie’s surname might have been ‘pratt’ but she was definitely no ‘pratt’ when it came to her role in history; a truely remarkable women who deserves more credit for the work she has done.