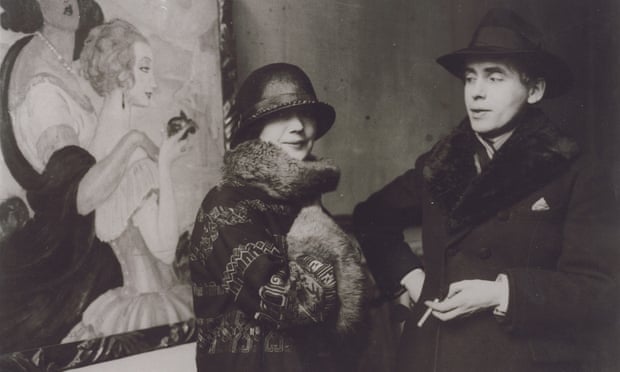 Gerda Wegener. Never heard of her? Nope, never have I until I listened to this podcast by fashion history podcasters Dressed on the illustrious career of illustrator Gerda Wegener (pronounced with a ‘V’) in the early twentieth-century. Gerda drew illustrations using the ‘pochor’ technique of painting for Le Journal Des Dames et Des Modes as well as working as a successful painter and commercial artist for various companies in France and Denmark. However, her name may be familiar to you as she is played by Alicia Vikander in the 2015 film The Danish Girl which centres on the story of Einar Wegener / Lili Elbe who was the  one of first persons to undergo gender re-assignments in the early 1930s in Dresden, Germany. 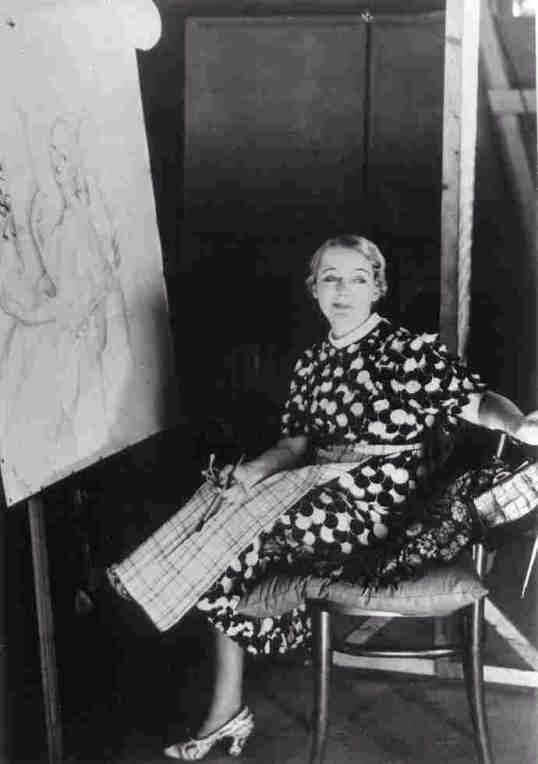 Gerda Wegener was born Gerda Gottlieb in 1885 in a small village in rural Denmark. Gerda was the only child of Justine and Emil Gottlieb whom was  minister in the Danish Lutheran Church. Gerda was encouraged in her artistic tendencies from a young age and at the age of seventeen she started attending classes at the Royal Danish Academy of Arts in Copenhagen. This is where Gerda met Einar Wegener before marrying him at the age of nineteen in 1904 and moving to Paris to pursure their career as artists. 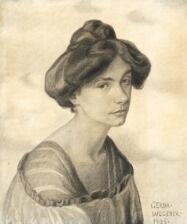 The above work is an early work of Gerda’s, though not reminiscent of her later flowing and sensous style, it is never the less an artistically executed work with promise of further advanced work as the artist developed. Gerda excelled in Paris as an artist and quickly was incorporated into the Paris art world with exhibitions, commissions and freelance work as a commercial artist. 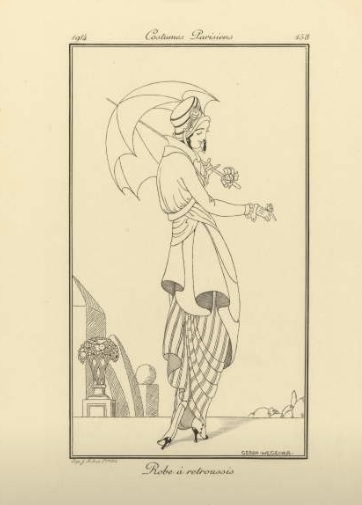 Gerda’s coup came when she was asked to design illustrations for the re-launch of Le Journal Des Dames et Des Modes in 1912. Geda’s illustrations for the journal offer the viewer a small glimpse into the lives of fashionable French women with scenes of women drawn in sensous, feminine lines in the park, in the cafe, at the races etc. These women are in public consuming fashion and being women in a very public place; women being more active within the public sphere was becoming more common in the years prior to 1914. 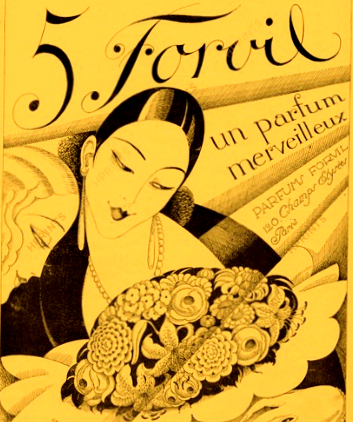 Unfortunately, the journal only lasted for two years although Wegener was not overtly worried about this as she continued to work as both a traditional artist and a commercial artist for various companies producing adverts (like the one above) for mainly French beauty companies during and after the First World War. Wegener’s sinious lines and overly-feminized depictions of women translated directly from the Art Nouveau period of pre-World War One to the Art Deco of post-World War one. 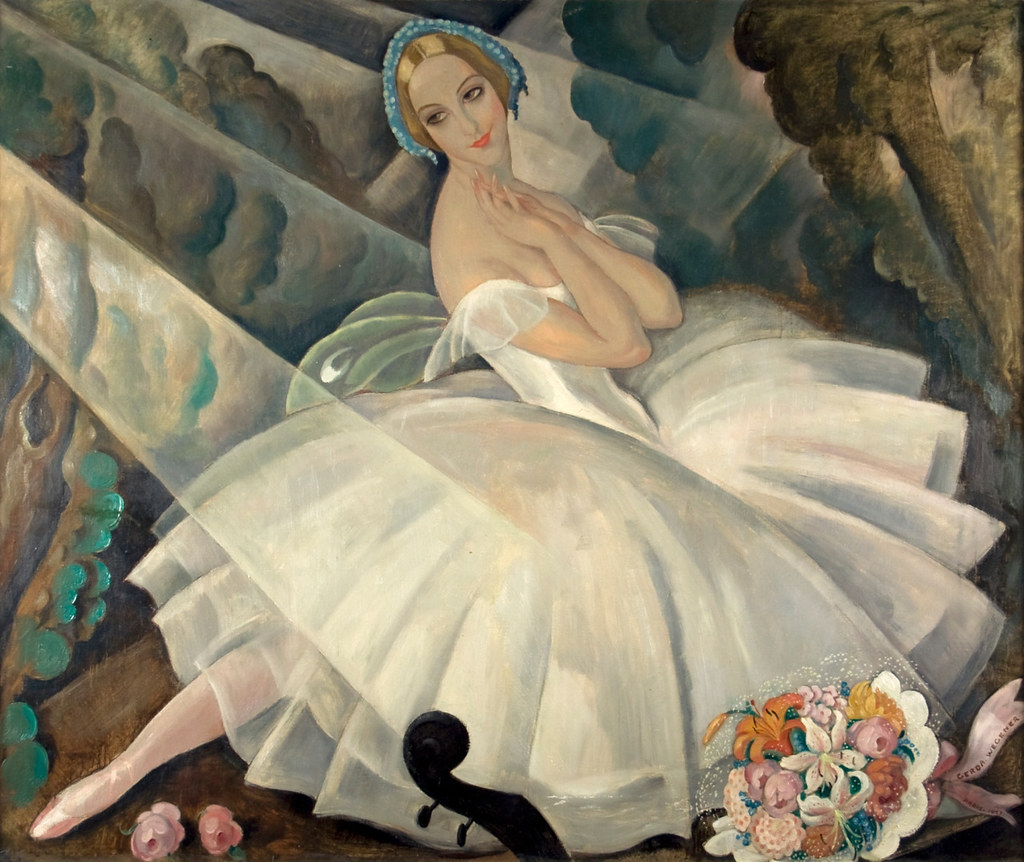 When one looks at Wegener’s later work one can get a sense of how important her work as an artist was synonymous with the Art Deco or ‘Modern’ look that was incredibly popular across design, architecture and fashion in the 1920s and 1930s. Her models are the stereotypical flapper girl-esque women of this period; cropped hair, short skirts and reviling in all things modern from driving to sunbathing in Nice to simply being ‘free’ fromt he constraints of pre-World War One life. It is also useful to note that throughout her work Wegener used her husband Einar Wegener as a model dressed in various female clothing garments. This ‘dressing up’ has been cited as an influence for Einar’s transformation into Lili Elbe and Gerda even painted herself with Lili Elbe in the below painting from c.1930. 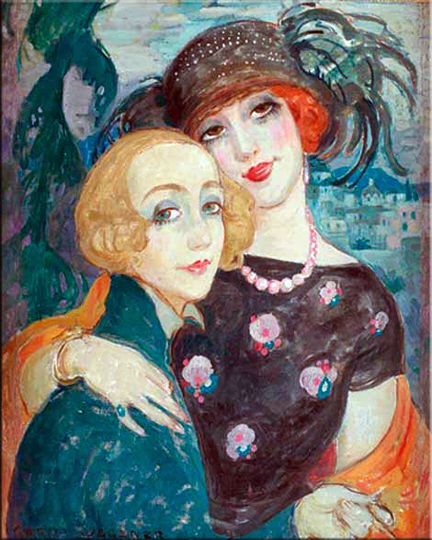 Another overlooked aspect of Gerda’s work is her contribution to fashion history and the history of fashion illustration. Le Journal Des Dames et Des Modes is attributed to being one of the first ‘modern’ fashion journals in relation to depicting women in ‘modern’ situtations e.g. at a cafe, in a bar, at a dance hall or even at a beach in shock horror a bathing suite that showed off the legs! In the 1920s Gerda’s work continued to contribute to the canon of what we now call fashion history but would have been deemed then as ‘costume history’ with her depictions of fashionable flappers. Gerda’s intrinsic knowledge of fashion history led her to depict women in her advertisement work dressed in fashion from centures past. 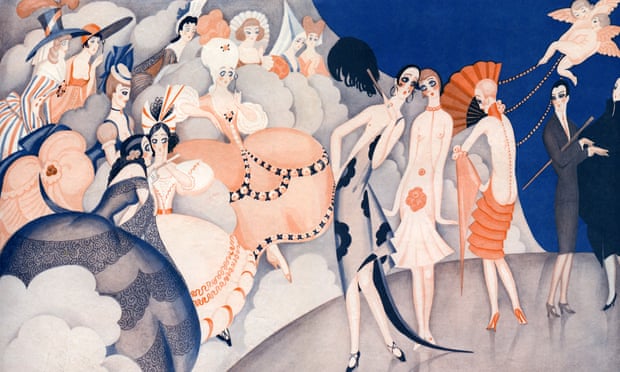 One particular example is the fashion illustration pictured above of women from the Seventeenth to the Nineteenth centuries looking on aghast at the flimsy flapper fashions of the mid-1920s. Similarily, the Flappers look back aghast at the restrictive fashions of their mothers and grand-mothers generations and are smiling at how ‘free’ they are with their barely there dresses. Gerda is an overtly overlooked woman when it comes to illustration and art history, her work as an artist has been eclipsed by her association with her husband, Einar Wegener and his story. This is not to put down how important Einar’s history is to gender and trans-gender history it is simply stating the fact that Gerda, as both a woman and an artist, should be recognized for her work as an artist as well as someone who is intrinsically important in the canon of 20th century dress and trans-gender history and I hope this blog post has done something to re-address her contribution to this history.