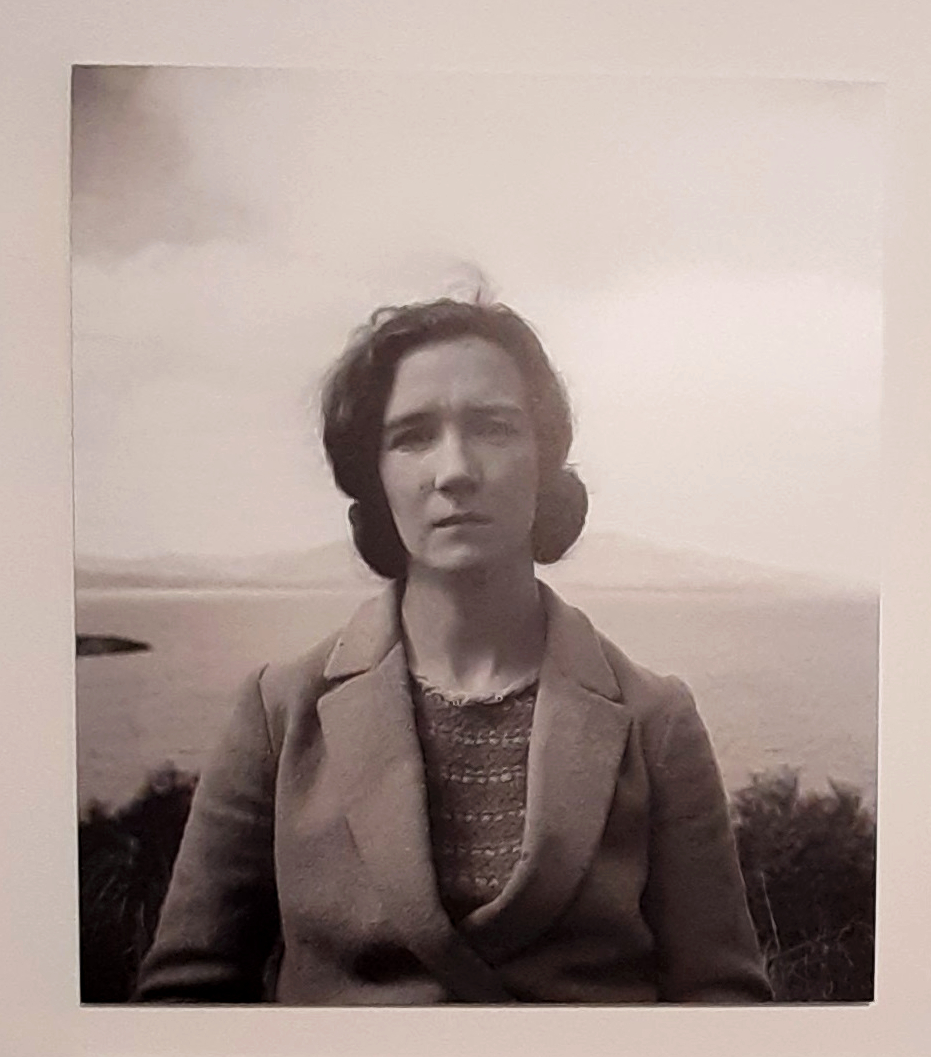 Last month I had the great good fortune to be back in Scotland for my summer holidays. As you may know Scotland, along with Italy, are my two favourite places on Earth. I have a deep love and affinity for Scotland through both ancestral links on both sides of my family and an appreciation of the beauty of Scotland and it’s culture, people, and landscapes. 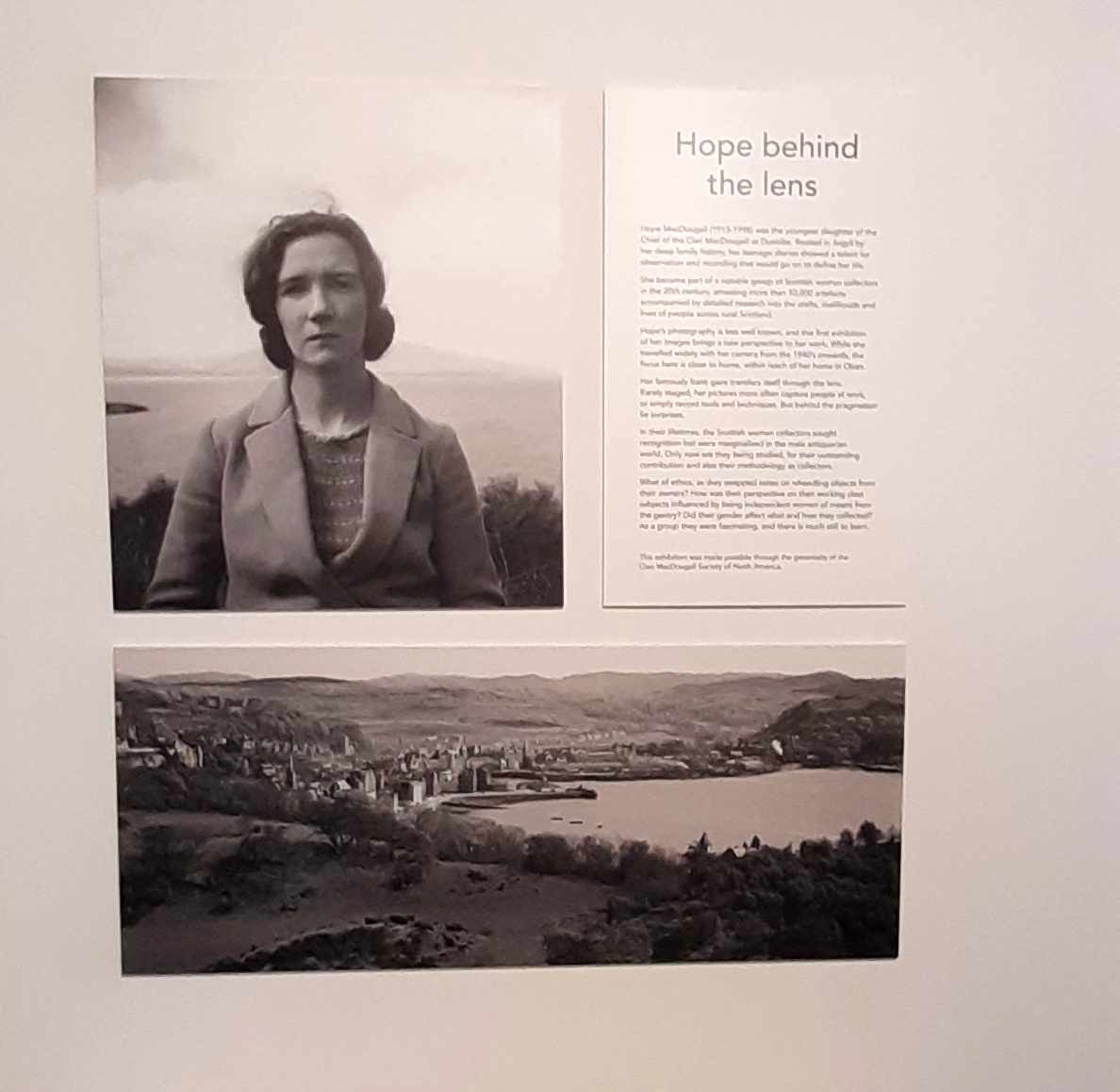 On my trip last month I found myself back in Oban with two friends who had never been to Oban, the west coast of Scotland, or the Western Isles. On a dreich (dreek) grey and miserable Sunday we visited Dunollie Castle the ancestral seat of Clan MacDougall situated ten minutes away from Oban. The castle site consists of the remains of a medieval tower house overlooking the bay in Oban, the ‘new’ 17th century house, a café, museum, and a walled garden. Entrance to the castle grounds costs £8.00 with a £7.00 concession tickets and tickets for carers and family groups. The on-site café provides hot drinks, sandwiches, home-made soup, and traybakes in what I was pleased to see bio-degradable packaging! We had warm soup and tea after a very wet walk over the moors and beaches near Oban. 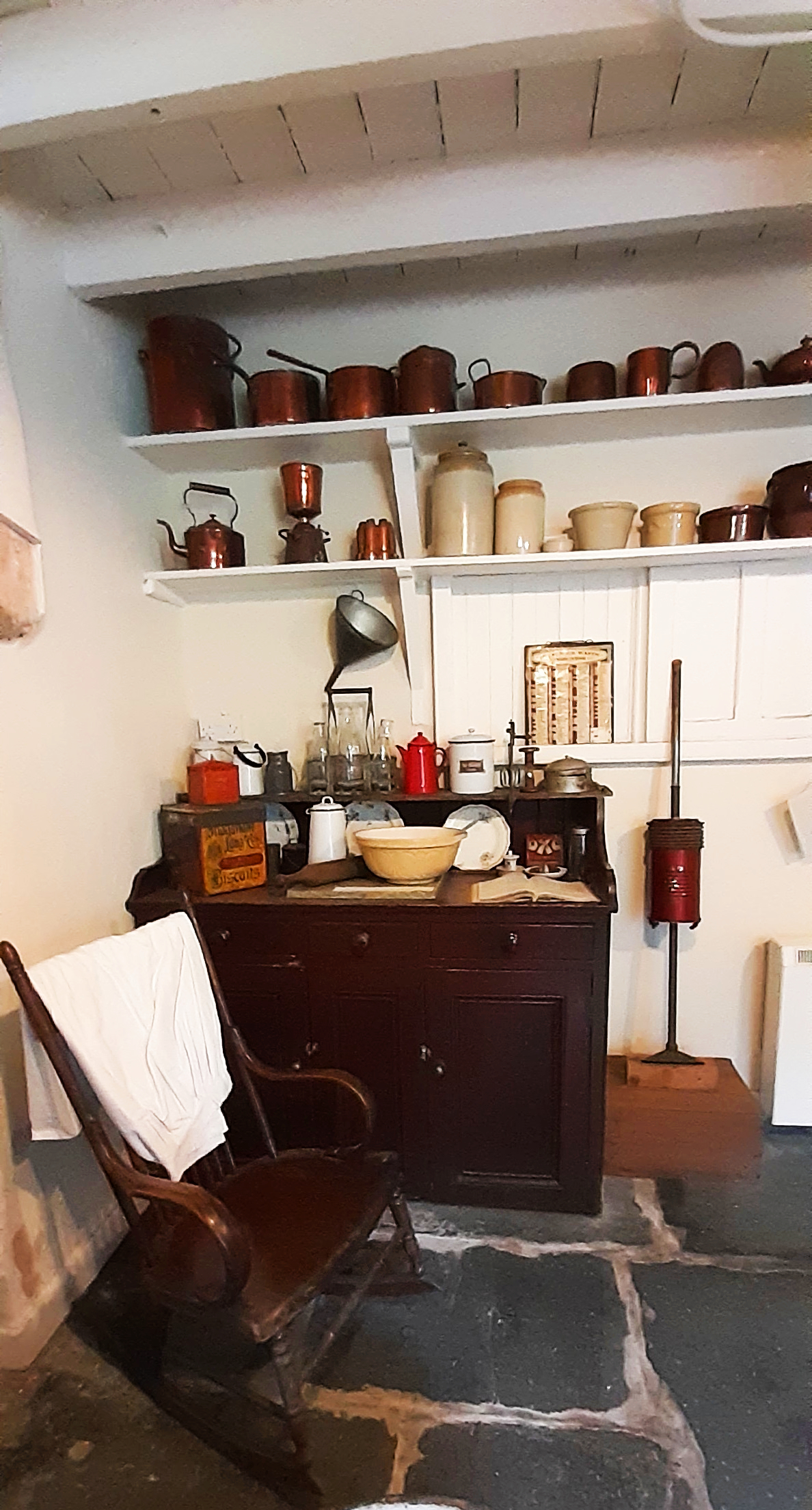 After a delicious lunch we visited the a small museum in the servant’s quarters that was curated to look like the Dunollie servant quarters in the early 20th century. As anyone who knows me I get a bit over excited over domestic paraphernalia from the early to mid-20th century. You’ve probably never met someone who gets as quite excited over a mangle, some storage jars, and a singing copper kettle than me! I am fascinated in how life changed rapidly during this period with the invention of labour saving devices which enabled the housewife and servant going from back breaking work handling a mangle to washing clothes with a flick of a button.

There was also a most coveted by vintage houseware lover’s such as myself the legendary ‘Household Wants Indicator’ of mythic status. I have long been outbid on these precious items and they are like hens teeth fetching astronomical prices on eBay when they weren’t expensive when they were first made. I have always wondered why we don’t have an updated version of this in the 21st century or if you are digitally inclined an app so you can tick of what you are low on and only buy what you need in the grocery store. 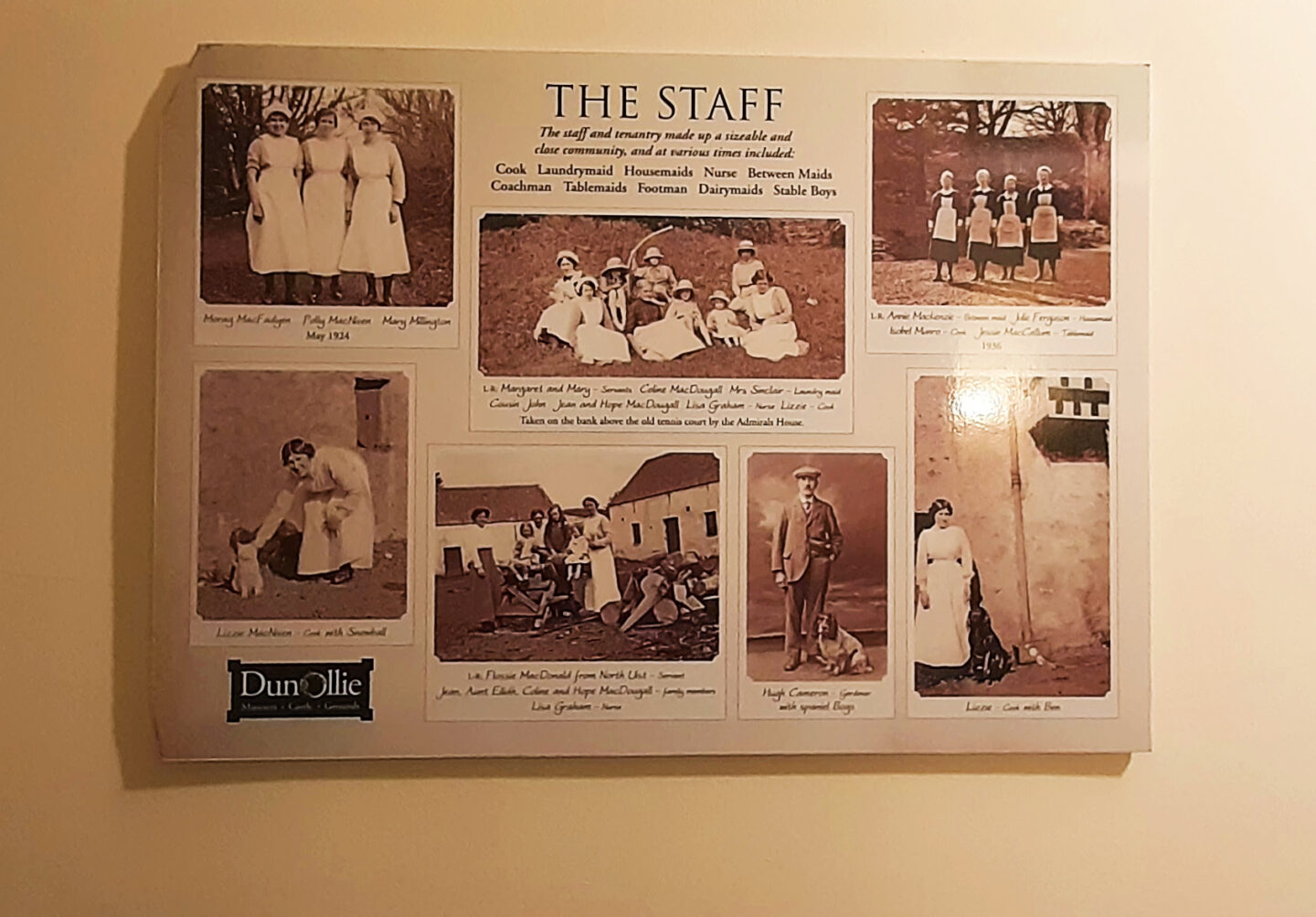 Moving onto the upper floors which were again displayed in the manner of early 20th century servant’s quarters I was pleasantly surprised to see an exhibition to dedicate one of the daughter’s of Dunollie Castle; Hope MacDougall (1913-1998). Hope MacDougall is now recognized as an important folk life curator, collector, and historian in her own right. In the latter part of the 20th century Hope began to collect and record the way of life in Argyllshire, the Western Isles, and the Highlands at a time when this way of life was rapidly disappearing. Hope formed a group of contemporaneous collectors, curators, and ornithologists at this time period in Scotland alongside Dr. Isabel Grand, Dr. Evelyn Baxter, and Leonora Rintoul. Despite this group of women’s extensive collecting across their combined lifetimes their contribution to the recording of everyday life in Scotland is only being recognized long after their deaths in the 21st century. 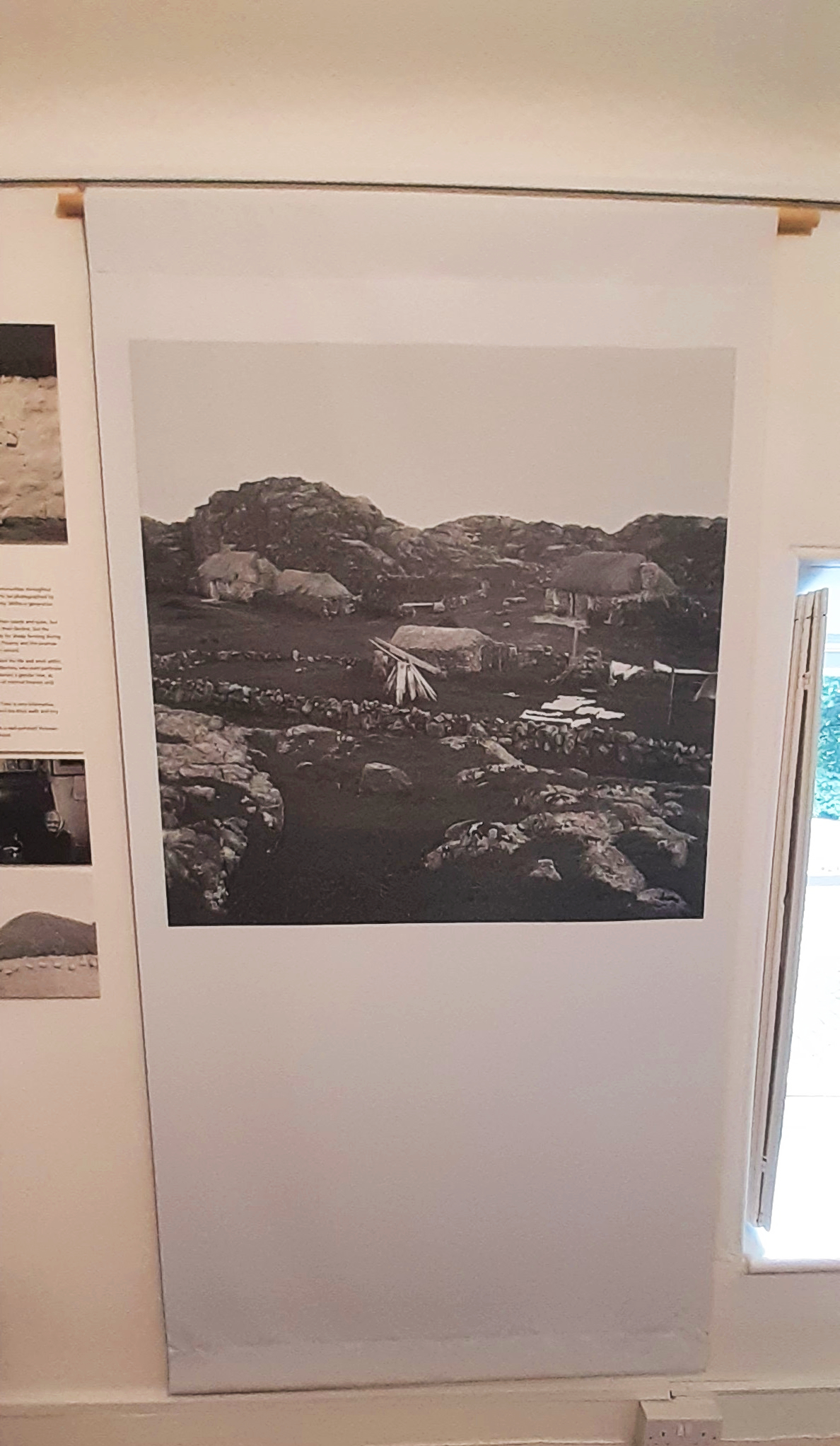 Hope gathered objects into her collection that would preserve knowledge, skill, language, usage, and way of life. Hope collected everything from fishing creels to wicker baskets used for all sorts of everyday tasks to textiles and farming implements. Alongside these physical objects Hope also amassed an archive of photographs, written notes, essays, and other paper ephemera related to the functioning, usage, and ownership of the objects. A prime example of this is the hand-made fishing net featured above alongside a black and white photograph of a fisherman using this net whilst out on his getting his daily catch. By including contextual material culture evidence alongside the actual, physical object Hope was ensuring that future generations would not only know what the object was made of but how it was actually used and how it fitted into everyday Highland life. 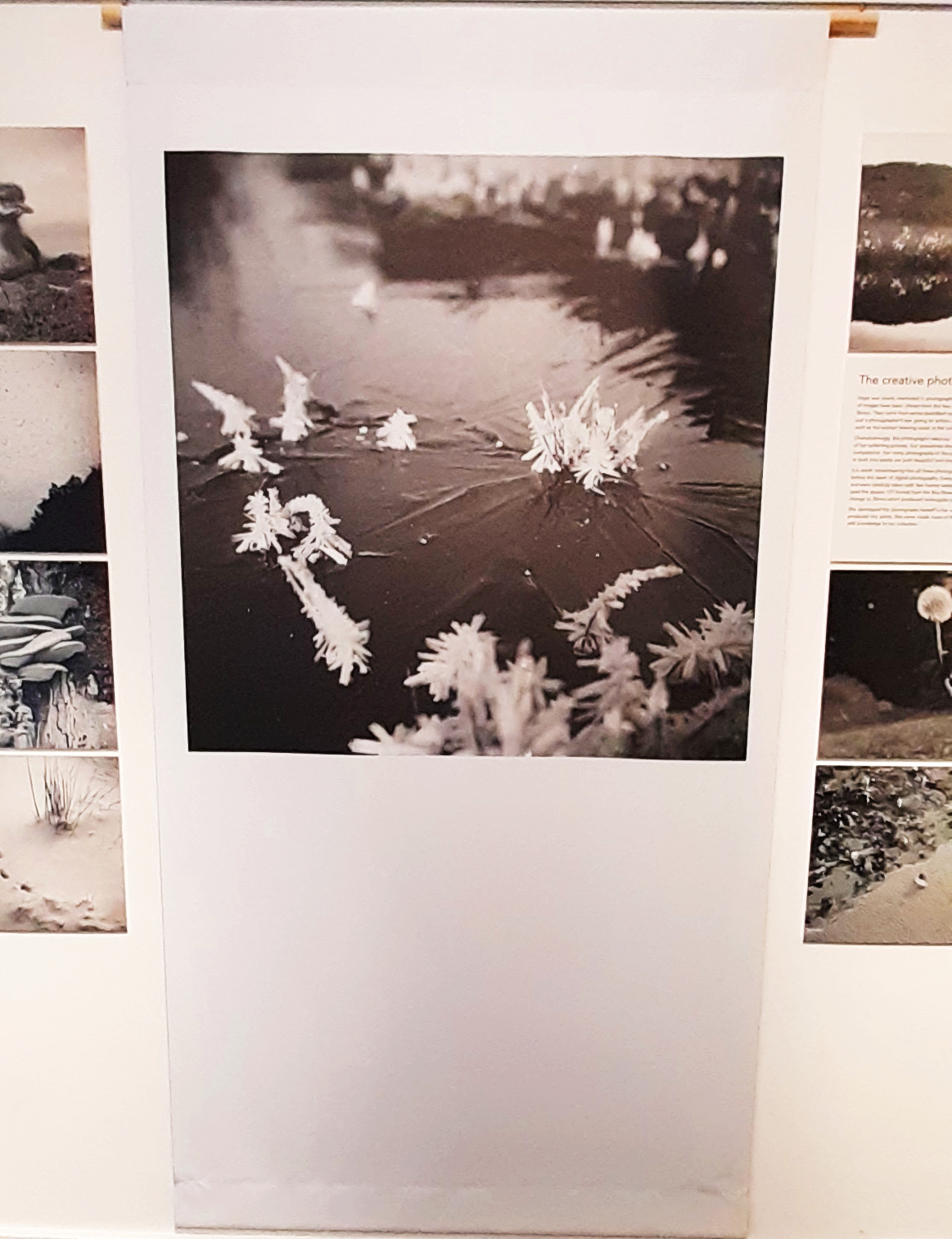 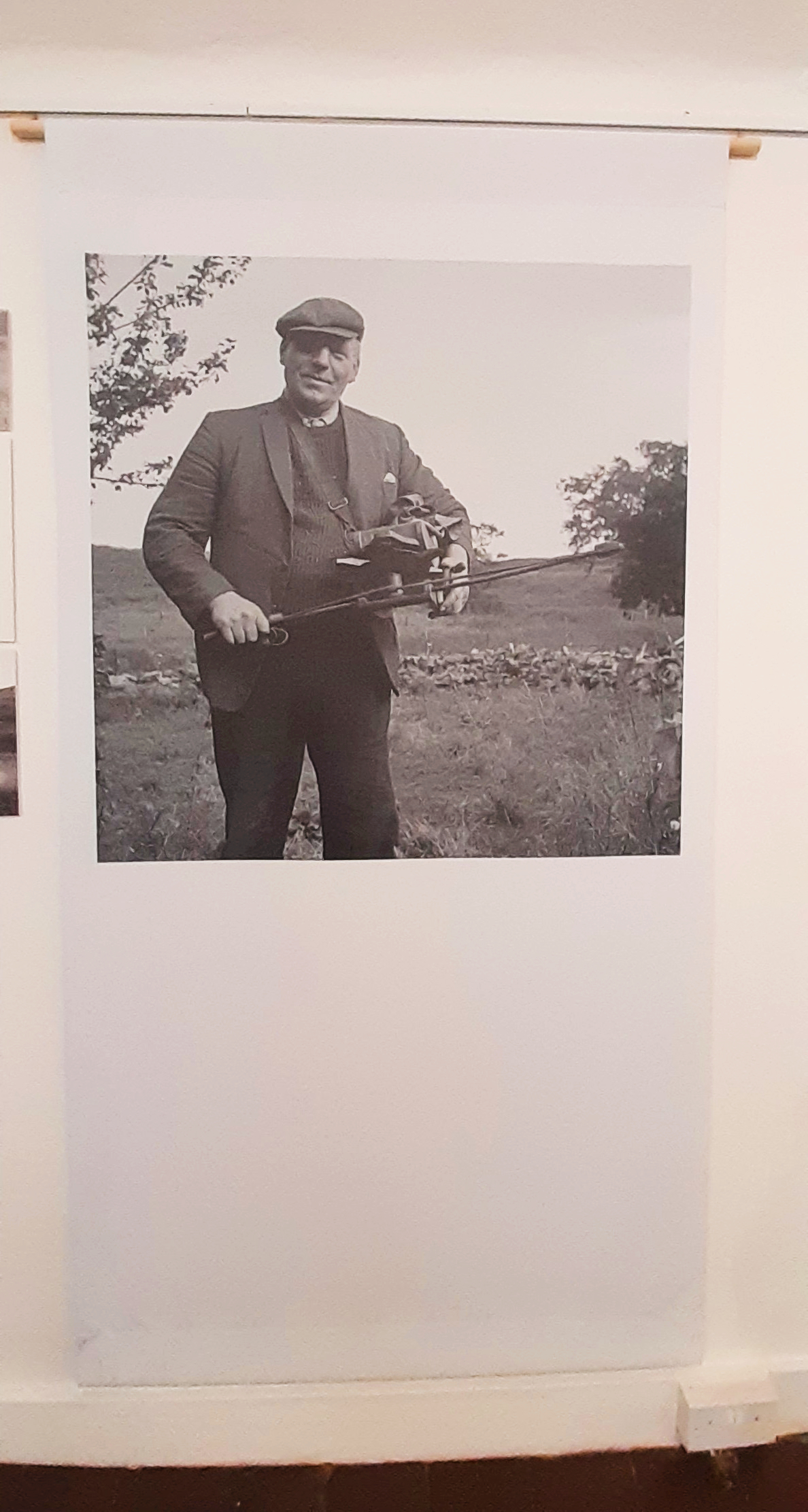 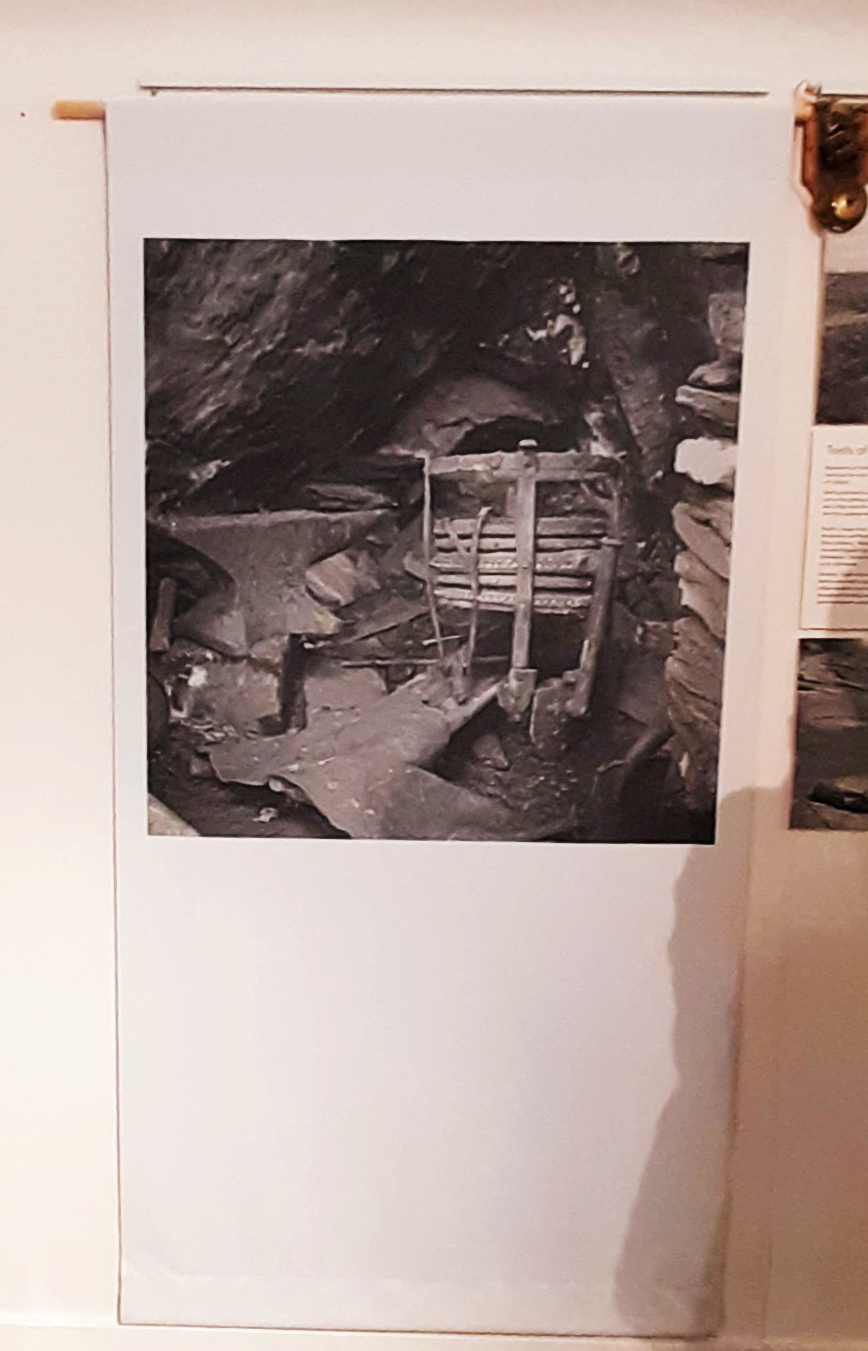 Amazingly Hope was not only the curator and collector of this wonderful archive of Highland life she also took many of the photographs of the people, objects, and places herself on her various cameras (Hope’s camera’s pictured below). Experimenting with various types of cameras, exposure times, film photography, and glass plate negatives Hope MacDougall amassed an irreplaceable archive of a way of life that has now but vanished entirely. Her photographs of the farmer with his seed tool alongside the actual seed tool are invaluable for students of 20th century Scottish domestic life; never again will people use these machines or lead this way of life.  Without Hope’s fascination and dedication as an historian, collector, curator, and archivist and other pioneering women like her the way of life that her archive depicts would have been lost to time and memory. It is unfortunate that Hope may have gone unrecognised widely in her lifetime but it is hoped (I could not resist myself) with exposure in the 21st century Hope MacDougall’s work will not be forgotten by future generations. 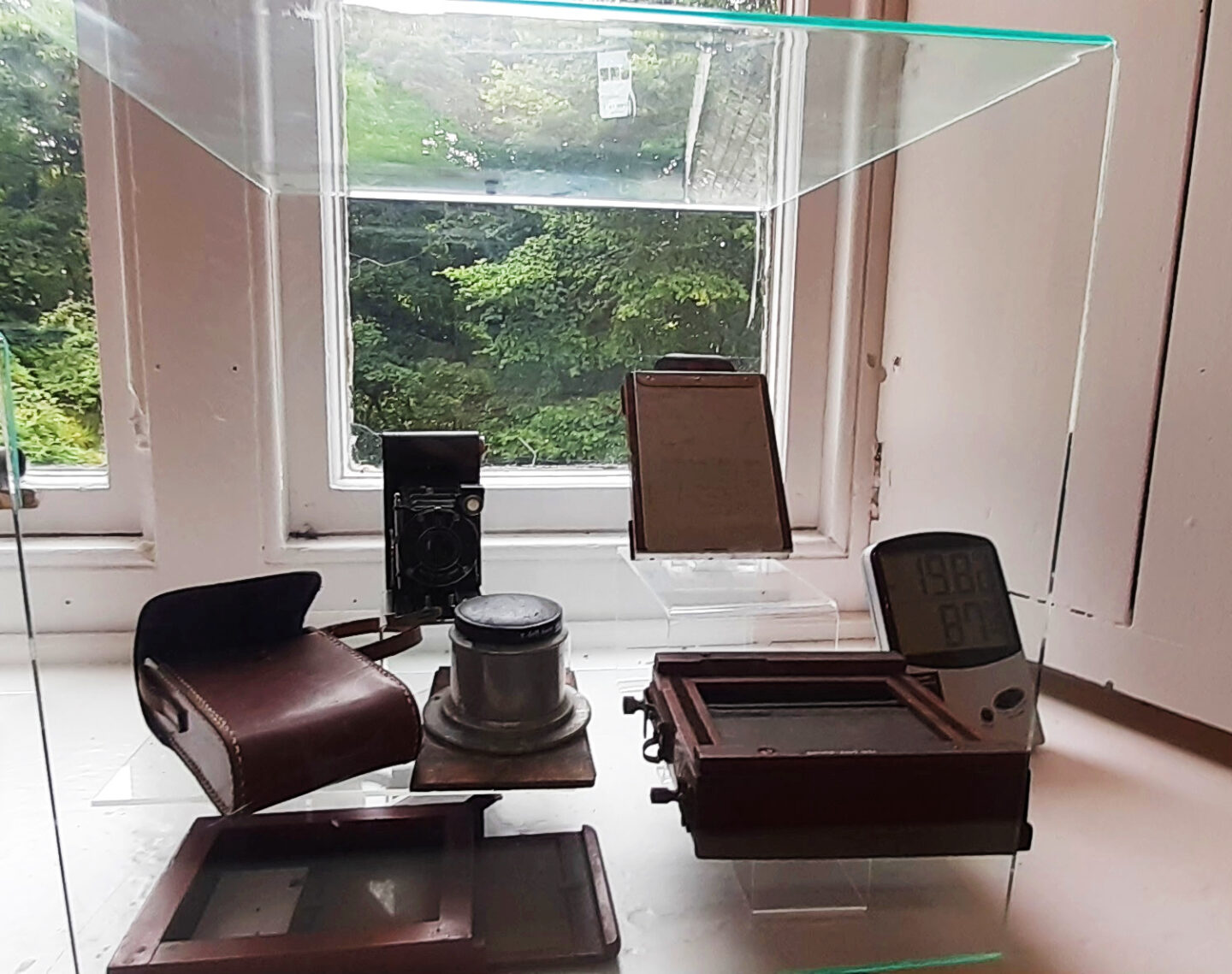