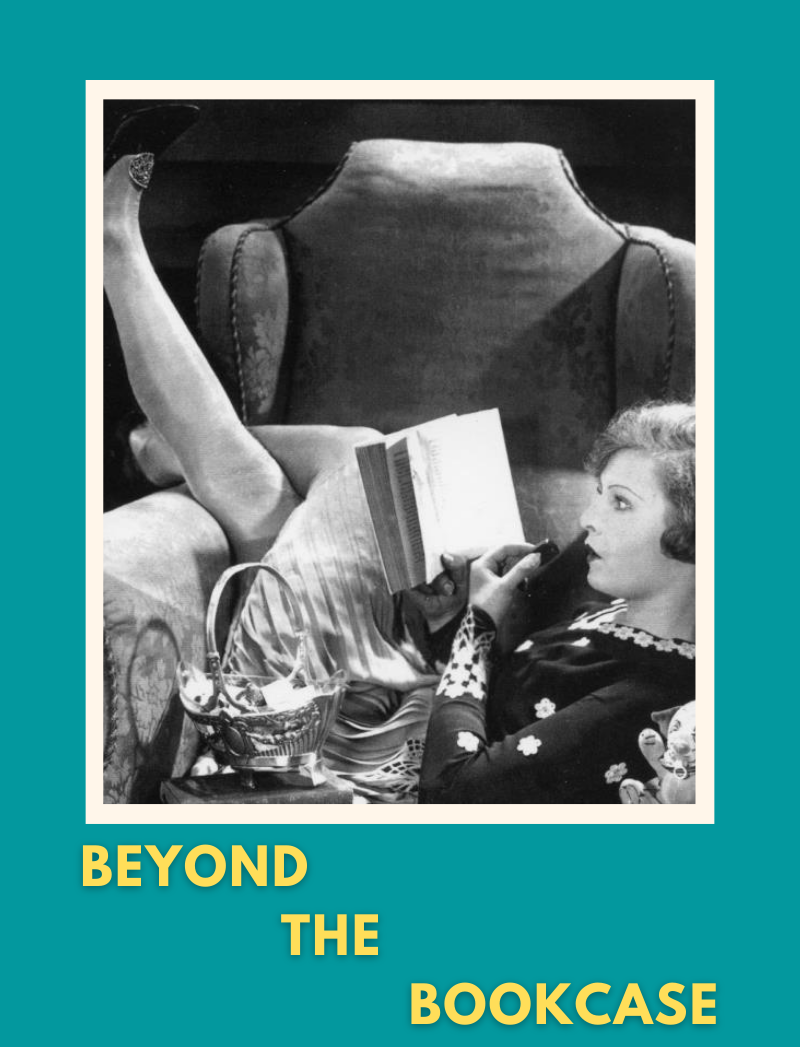 On this dreich, grey, and wet, July (!) day there is nothing better than staying inside with a cosy crime novel whilst the weather turns worse outside. The recently published British Library Crime Classics ‘The Edinburgh Mysteries – And Other Tales of Scottish Crime’ compendium of short crime stories centred in Scotland or written by Scottish Authors. Authors from Arthur Conan Doyle to G.K. Chesterton and Josephine Tey to Michael Innes offer us a glimpse into how Scotland has influenced crime from the Golden Era of crime and beyond. 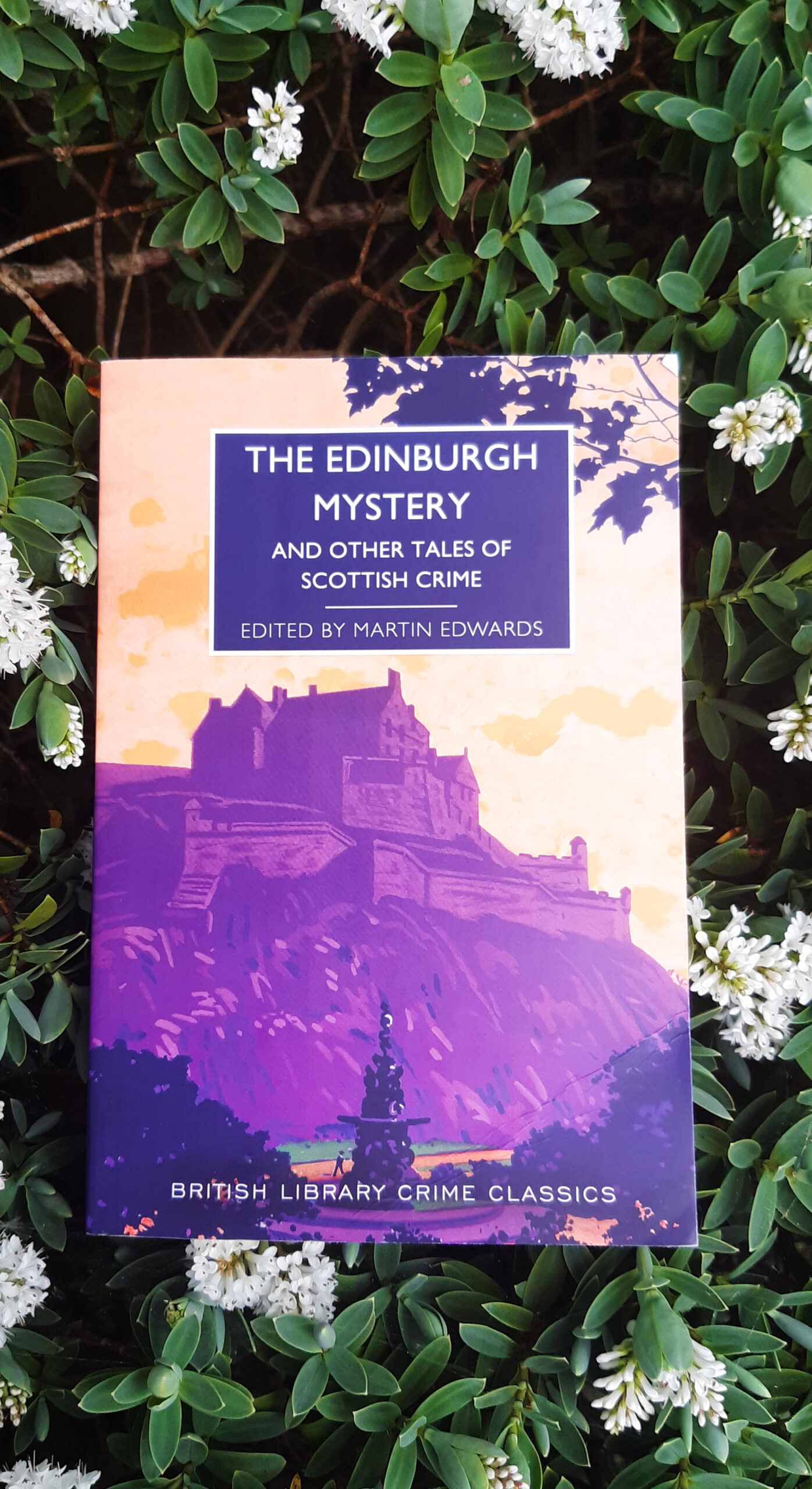 As I write this the weather in Ireland is absolutely abysmal for this time of year; it is warm but is grey and overcast and wet nearly every day. For someone who loves spring and summer the advent of Summer was to herald long days outside reading and sunbathing but has been spent mainly indoors reading and wishing for better weather. In May of this year I spent a week in Edinburgh and Oban where the weather was spectacular and perhaps was our summer? As ever I always bring books with me on holidays (never an e-book *shudder*!) and previous to going to Scotland on holiday I purchased ‘The Edinburgh Mystery’ compendium as I was going to be in Scotland I thought this was very topical reading! (Don’t forget to buy books from your local book store (second hand if you can!) or borrow books from your library to either support local businesses or look after the environment!)

The compendium begins with an introduction by Martin Edwards a renowned crime writer, book critic, and lover of all things Golden Era (the era between the two World Wars) crime fiction. Some of the stories have never been re-printed after appearing in obscure magazines in the UK and beyond or have been out of print for years and even decades. I read with enthusiasm that a short story by Arthur Conan Doyle and another by Scottish author Josephine Tey would both be included in the compendium. For me Arthur Conan Doyle remains one of the best classic crime writers and ‘The Hounds of the Baskervilles’ is the finest crime and murder mystery every written. Josephine Tey is another favourite with her ‘Miss. Pym Disposes’ and ‘The Man In The Queue’ being some of my favourite Golden Era crime novels. 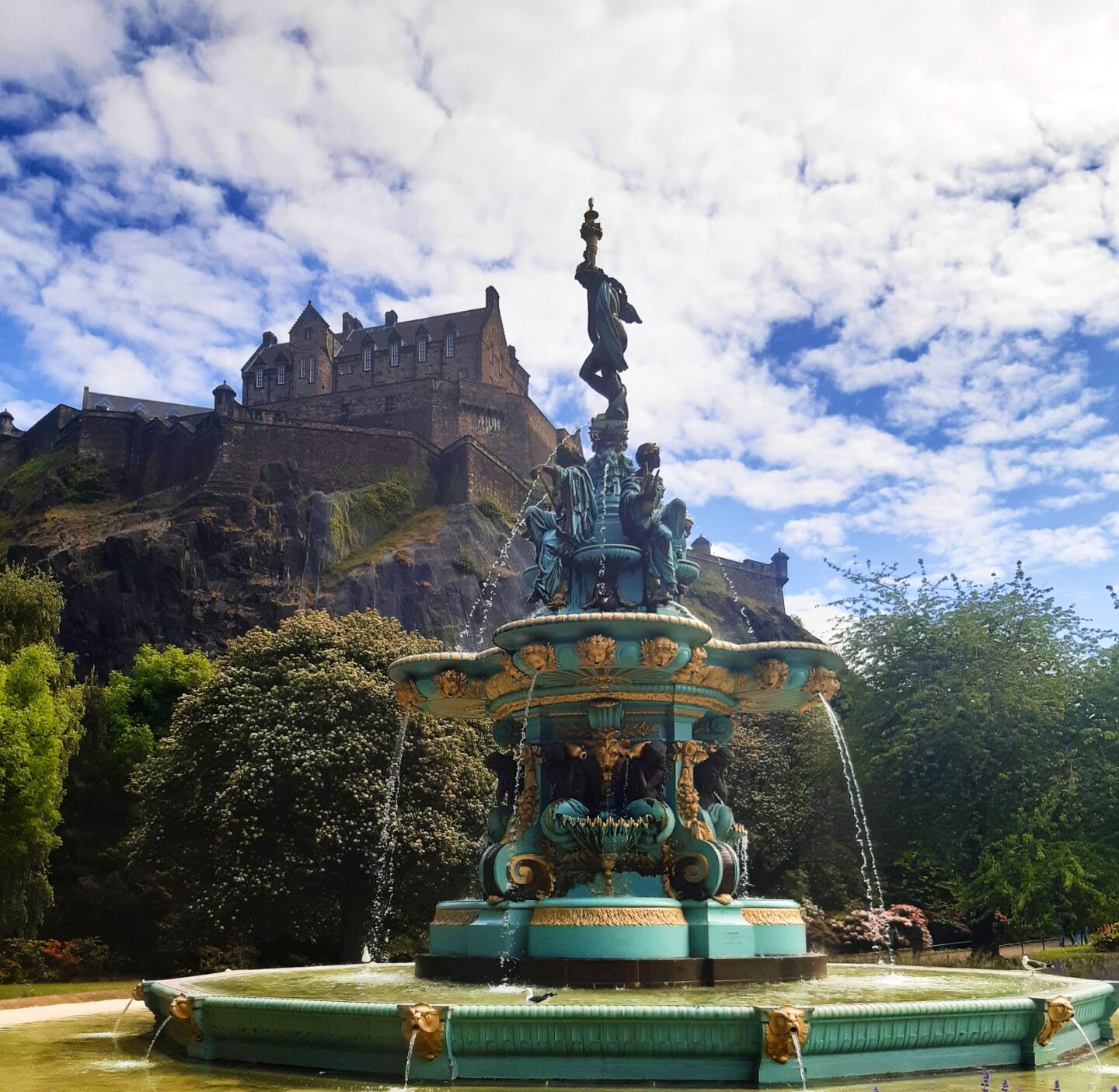 Other short stories included are by less well known authors including: Michael Innes, Anthony Wynne, Cyril Hare etc. All though I had not heard of these authors before their short stories about crime in Scotland were intriguing and I would like to find and read more of their works if possible in the future. Thematically the stories cover domestic, medical, judicial, and supernatural elements with a wide array of characters from the traditional trope of the ‘Lord of the Manor’ to the man used to create an alibi in the aptly named ‘The Alibi Man’ by Bill Knox.

The stories featured start with ‘Markheim’ by Robert Louis Stevenson a sinister tale of greed, deceit, and murder in the  Victorian period and slowly meander through the era of Sherlock Holmes, Hercule Poirot, World War Two, and more contemporary crime stories ending with Jennie Melville’s story, ‘Hand in Glove’ – a  claustrophobic tale of provincial Scottish life, gossip, and murder first published in 1974. 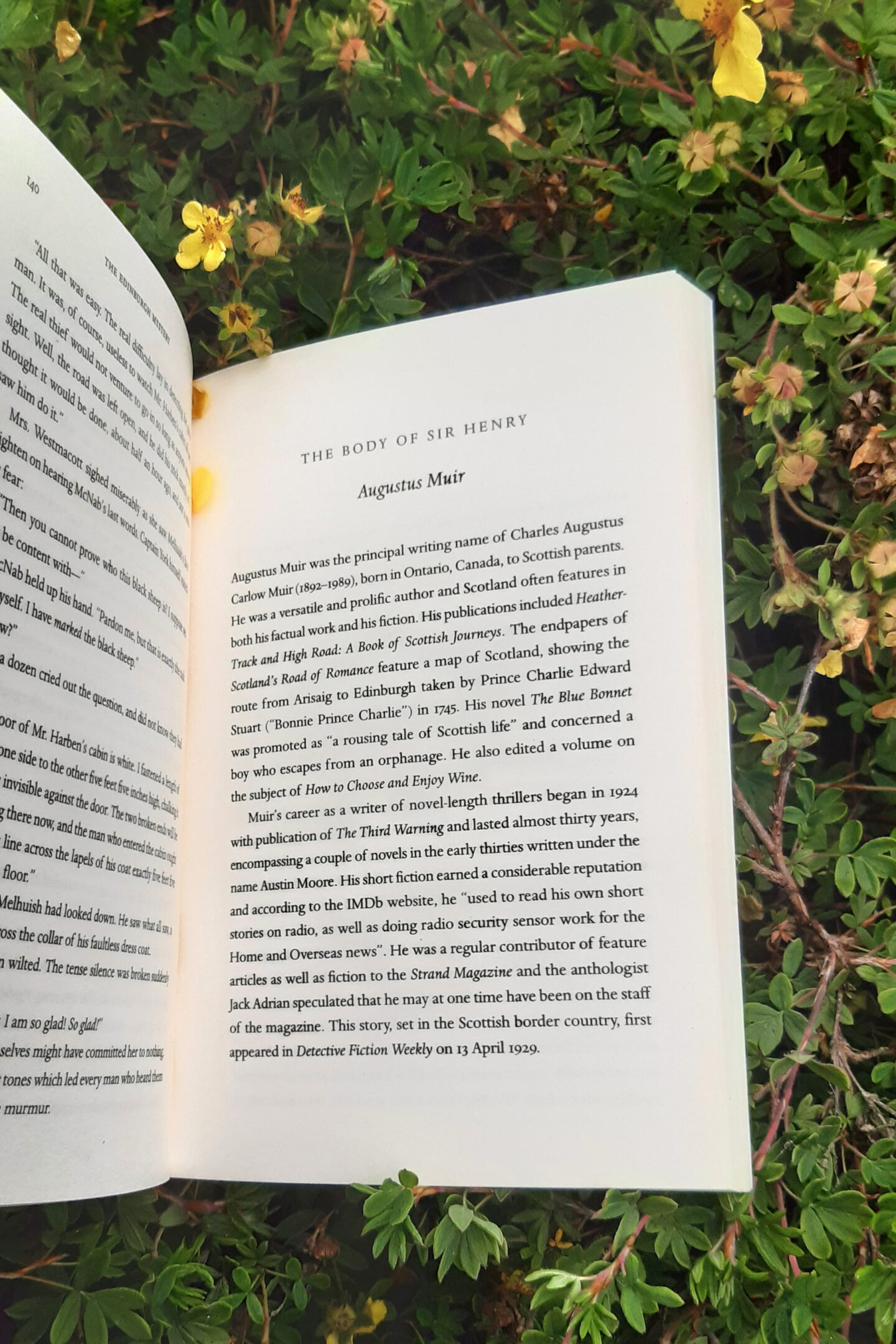 A key feature of many of the stories is the Scottish landscape in particular the lochs, hills, and mountains of the Scottish Highlands. The use of the un-canny feeling that extreme landscapes can inspire in people is used to fantastical effect in ‘Footsteps’ by Anthony Wynne when a purported ghost haunts a remote Scottish castle which surrounding landscape both haunts and inspires the castle’s inhabitants.

In Phillip Maitland Hubbard’s ‘The Running of the Deer’ the stalking and tracking of deer herds on a Scottish moorland landscape provide the backdrop to what appears at first be an accident death. The rhythmic running of the deer towards the deer stalkers and the inhospitable feelings from the landscape the non-Scottish stalkers feel add to a climatic effect of unease and unsettlement in this particular short story.

It would indeed be thought of odd as not to feature the Scottish landscape that has inspired authors and artists for generations into a compendium of Scottish crime stories. Afterall the landscape in works by Arthur Conan Doyle and E.C.R. Lorca pay a key role in the formation of their stories almost as important as the characters themselves. I feel that the selection of stories by the British Library offers but a glimpse into what Scotland and Scottish inspired stores have to offer the avid crime fan. And at a price point of £10.99 feel that this is an easy introduction or furthering of someone’s passion for all things Scottish and crime. 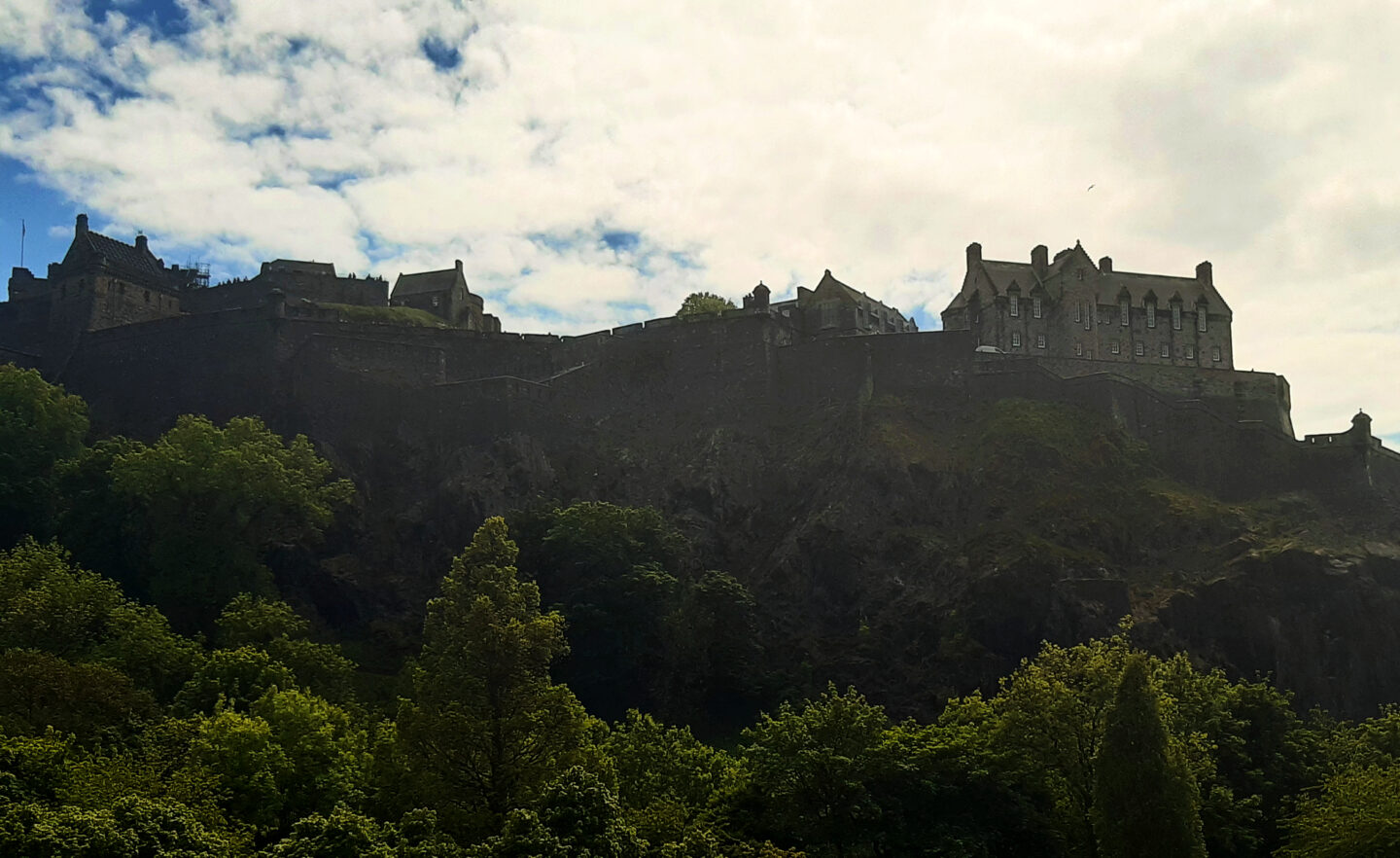