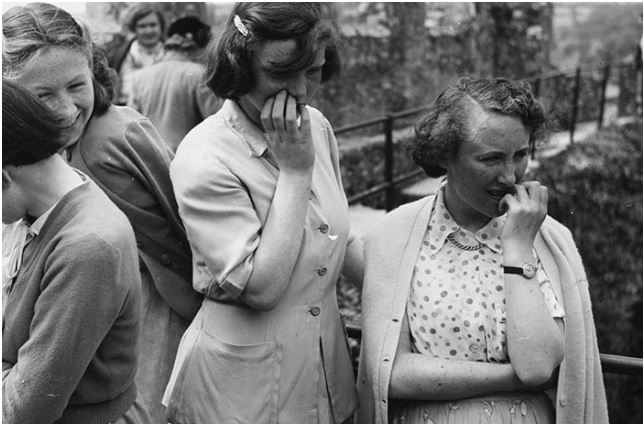 Happy Irish Fashion Friday! As we go into the weekend on what is a dismal July weekday – we’ve had no sun for what seems weeks now – I have some thoughts and tribulations on Irish Fashion and the precarity of working as an Irish dress historian in the museums and heritage world. Like these women above trying to find and work with Irish dress history sources is sometimes, literally, nail-biting! 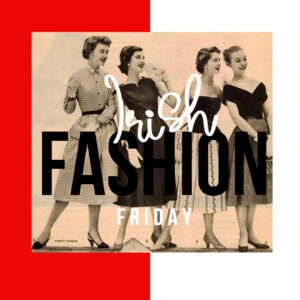 These ladies look happy in the left-hand side picture; perhaps they’ve found the holy grail of an unknown Irish dress history collection? To be honest if I looked as good as they do on a Friday in their beautiful 1950s dresses, hair, and accessories I too would look rather pleased with myself.

I am relatively lucky in that I know where dress collections are in museums or I know where I can find archival sources that either relate solely to dress or mention dress and all it’s ephemera in some shape or form. Being an historian of Irish dress makes me by extension an historian of Irish women’s history. Whilst some on the island probably do not like me using the term ‘Irish’ for women from Ulster I use this term as it’s a cover all bases for my period of interest and expertise in Irish dress history.

Being an historian of Irish women’s history through the lens of dress history (and also the social, leisure, and domestic history of 1920s to 1970s Ireland – yes I get excited about dishwashers and mangles and other such like domestic ephemera!) also has its trials and tribulations as again extant archival sources can be hard to find, behind paywalls, in private collections, or as I work full-time in another job not accessible to me as I am not a full-time freelance historian (yet!). 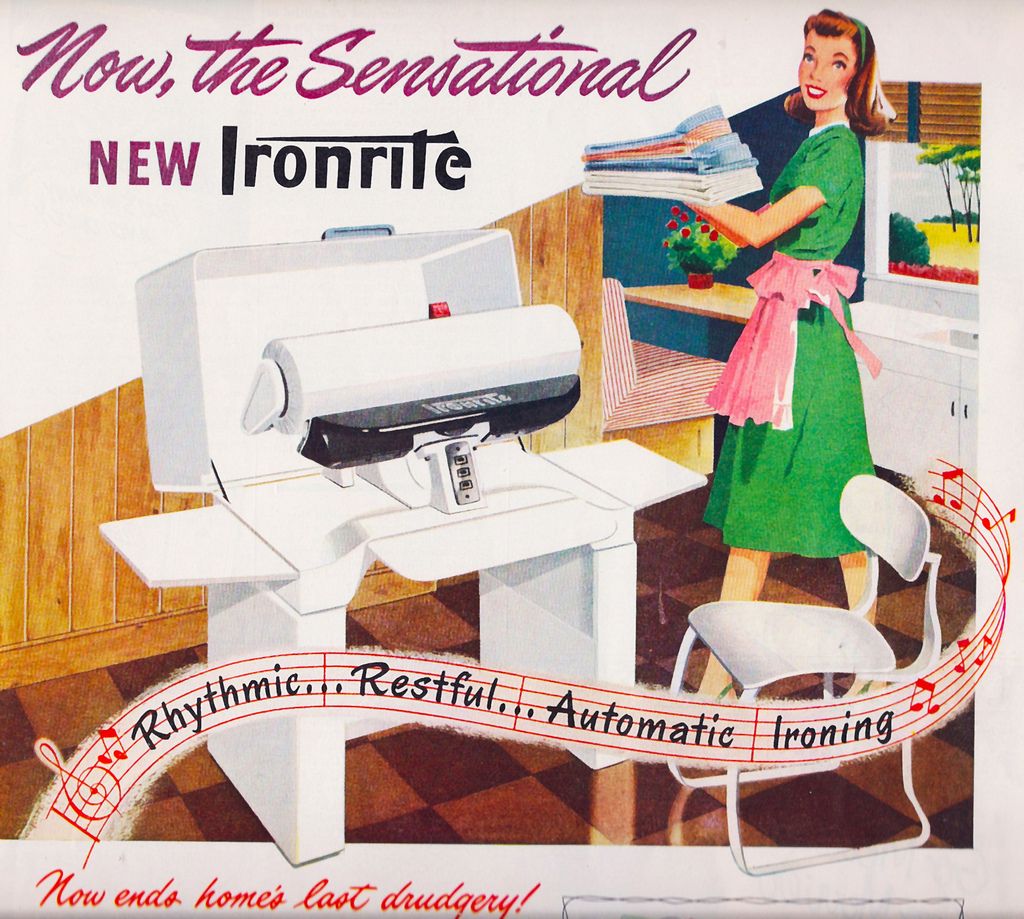 Additionally, as an historian of Irish dress and Irish women it frustrates me that some people (not just men!) don’t take either discipline seriously that the domestic and the dress history of Ireland and how that relates to how Irish women perceived their sense of self is superfluous to the greater overarching experiences in Irish history? Do you mean the on-going focus on brutality, bombs, bullets, and war? Which of course is a large part of Irish history but not the full part of Irish history; there are whole swarths of people who were not affected by violence or if they wore didn’t dwell on it in their everyday lives.

It’s this everyday history that I feel has been somewhat within the Irish historical lexicon and we have lost so much with even the last 100 to fifty years; I can’t interview 1920s Irish Flappers or 1930s Irish housewives as that generation is unfortunately dead and gone. I have to utilize scholarship centered on British women in this same period juxtaposed against what I know about Irish women in the 1920s and 1930s to try and analyze Irish women’s lives. This should not be the case (and thankfully this is changing!); there should be a plethora of research on Irish women between the 1920s and 1970s that focuses on their everyday lives which means I do not have to refer to sources for another country. 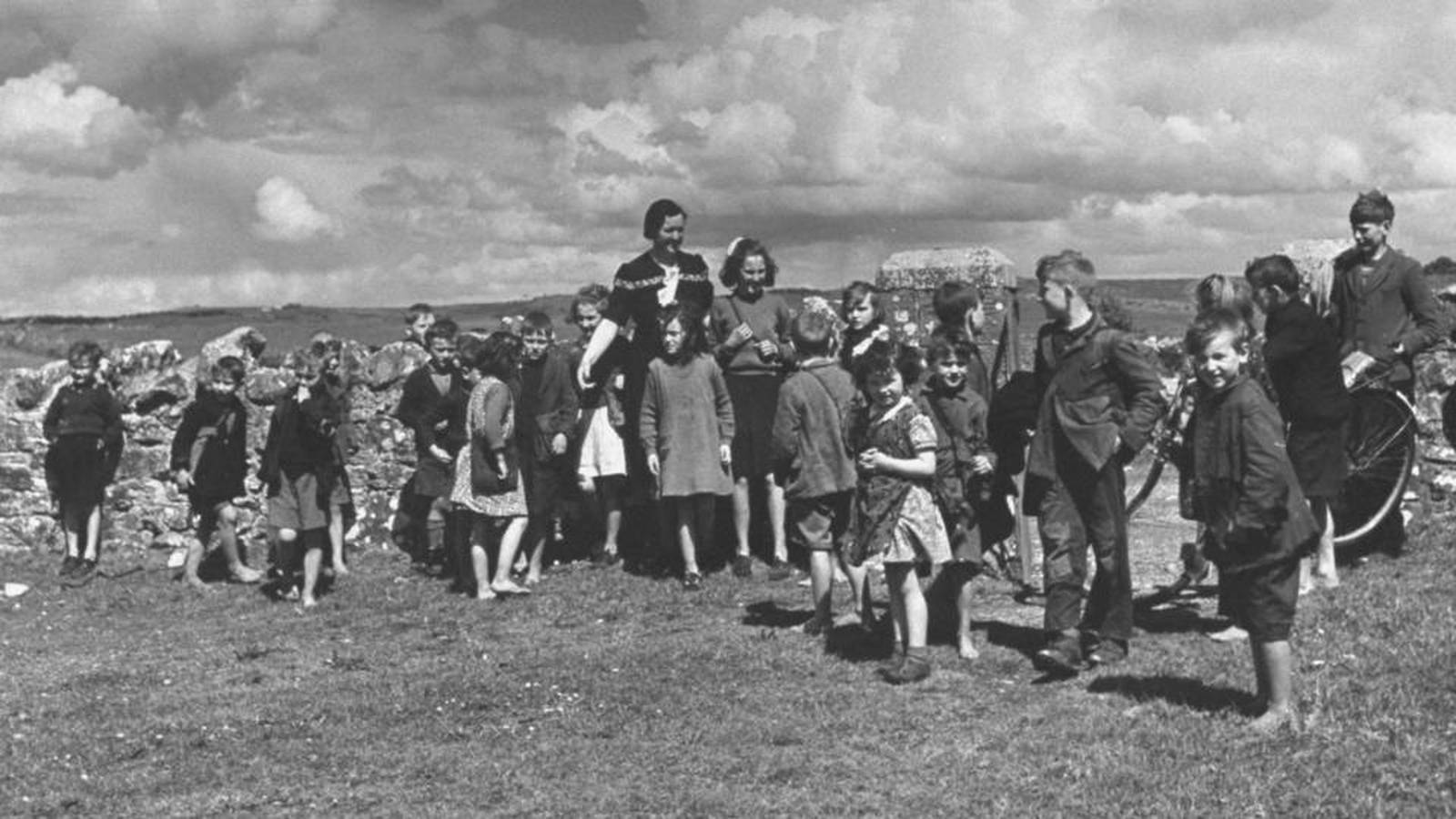 Notwithstanding the excellent scholarship on how violence has affected the everyday lives of Irish women in the past 100 years as indeed this is an important part of it but it I feel that by negating the everyday we loose focus on the whole picture of Irish women’s lives in this period. How did they feel when they went to the shops for their groceries? Did they dress up when they went to the cinema and dance halls? And did they aspire to something more than being a housewife and mother? 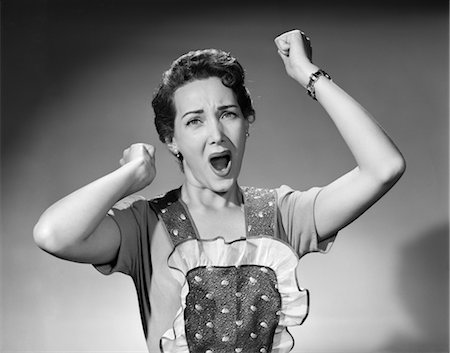 It is my duty, as others, to disrupt the traditional paradigmatic narrative of the ‘chaste Irish woman’ with other images of the jazzing Irish flapper, the Irish female intellectual, and the 1950s Irish female teenager who just wanted to listen to Elvis and wear beautiful clothes amongst other images of the variety of Irish womanhood of the last century. I hope this does not appear to be a rant but it is meant to vent my frustrations as an early career historian who wants, hopes, and wishes that the plurality of Irish women’s lived experiences will be more common place in the future versus the traditional image that many have of Irish women.

And I hope this can be done through the lens of dress history. Watch this space for more disruptive blog posts on Irish women’s history!