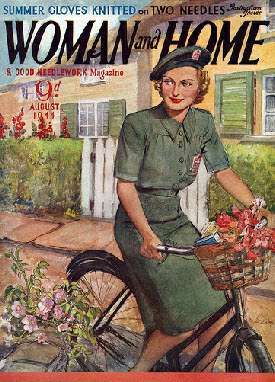 The Women’s Voluntary Services was publicly launched on 16th June 1938 with the aim to recruit women who could help in the eventuality of war. These women would eventually between 1939 and 1945 assist ARP wardens, escort evacuees, provide mobile canteens, organize fundraising drives, manage clothing depots, and assist the local authorities in any manner needed. The WVS members quickly became recognizable with their distinctive teal green uniform consisting of a dress, beret, great coat, scarf, overalls, and skirt suit on more formal business. Read on to find out how the WVS was set up in Ulster and how the uniform was a key part of a woman’s role as a member of the WVS.

The Ulster WVS’ inaugural meeting took place at the end of January 1941 in Belfast City Hall. Women from across Ulster gathered to hear what The Duchess of Abercorn, who was the President of the Northern Ireland WVS, had to say about what the role of the WVS would be in Ulster and how they, the women in attendance, could assist the WVS by forming local branches across Ulster. The Duchess detailed the need for escorting evacuated children and people, providing clothing depots, giving advice on clothing and food rationing, making tea and meals for troops at various train stations etc. amongst a plethora of other roles. 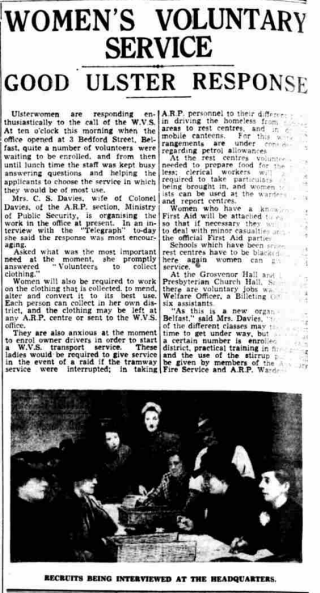 There was also a need for the housewives who could not provide regular attendance at meetings or events but could provide meals, shelter, and basic medical treatments in the event of an air raid or other emergency and hence the “Housewives’ Service” was born in 1938.  Little did the women in the newspaper extract above realize that they would be needed in a matter of months when the Belfast Blitz commenced in April-May 1941. 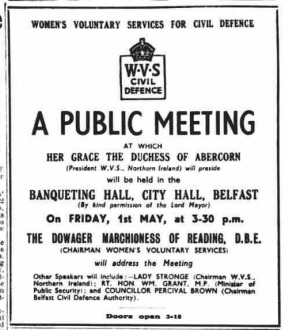 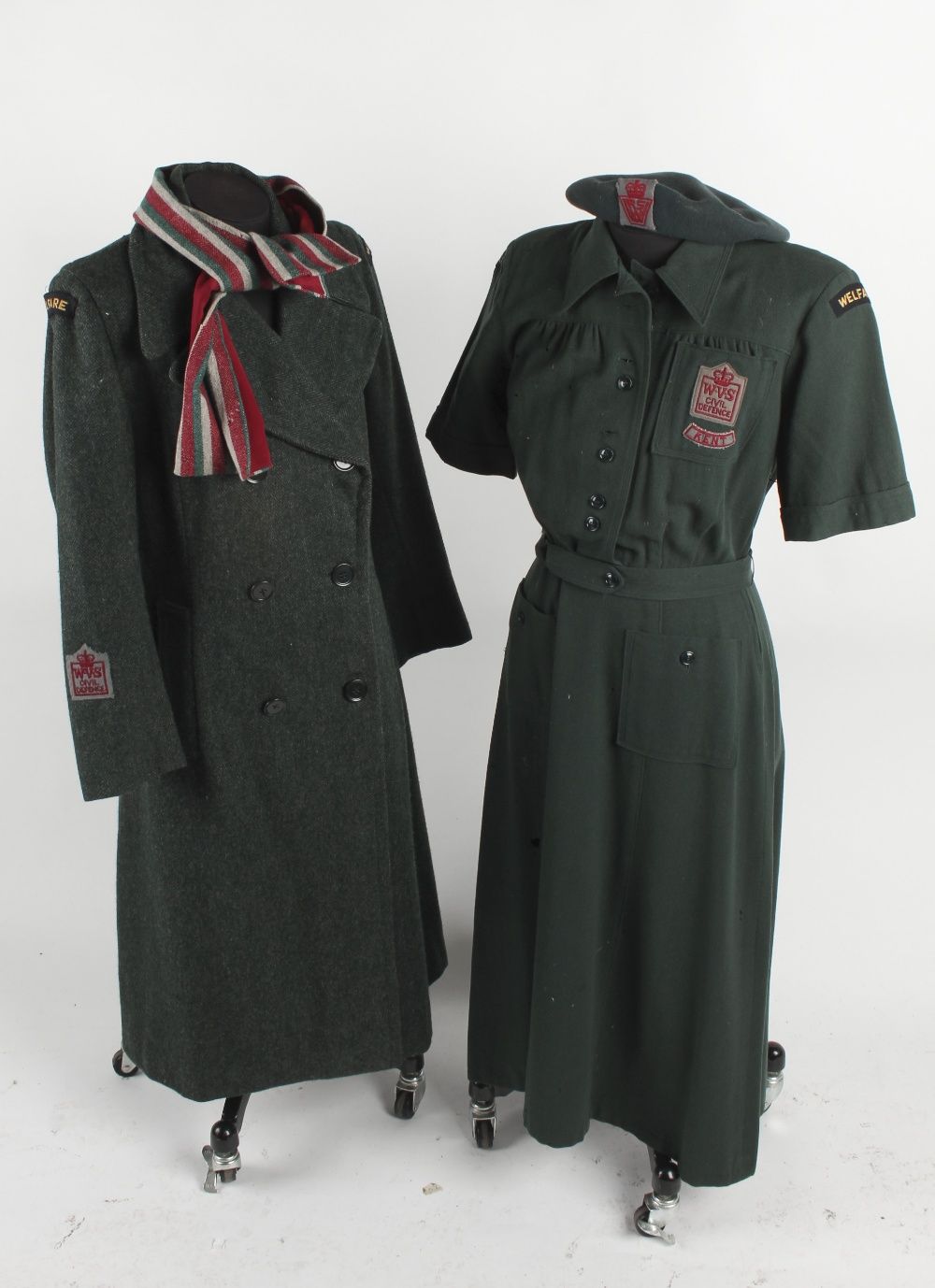 Most importantly for people to be able to see members of the WVS their uniform had to be distinctive and easily recognized. Stella Isaacs, Marchioness of Reading asked London based designer Digby Morton to design the WVS uniform in 1938 with a suit, blouse, and overcoat. These items had to be bought by members of the WVS and were sale in England in shops such as Harrods and Fenwicks. It is presumed that the uniform was initially for sale in Belfast department stores such as Robinson & Cleaver and Anderson & McAuley though I have found no information to confirm this.

To buy the uniform you had to have written authority from your local WVS group and eventually had to have a permit to wear the uniform. The uniform had a distinctive teal green colour with addition of badges and flashes of a white ground with red writing. As the war progressed overalls, dresses, armbands, hats, and winter and summer uniforms were available to WVS members. However, it was noted that even with the reduction in prices of uniforms for WVS members many members of the WVS, including the “Housewives Service”, could not afford a full uniform. This was taken into consideration and members could borrow overalls and wear special armbands if they chose not to borrow uniforms. 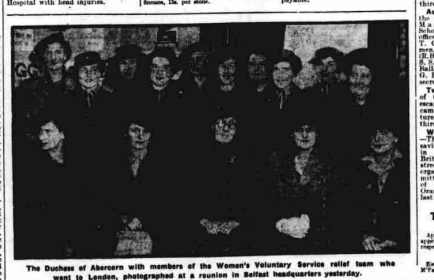 The WVS uniform had to be worn by members of WVS Rest Centres, WVS Staff Centres, Information Bureau’s, WVS transport members, mobile canteen officers, evacuee officers etc.  Dependent on how many hours a WVS member volunteered weekly her uniform could be worn out quickly and unfortunately if items had to be replaced they had to use their clothing coupons once clothes rationing was introduced in 1941. A great coat cost twelve coupons, a dress cost nine, and overalls cost three. However, it is worth noting that even though you had to exchange clothing coupons for your uniform the items of uniform you received were worth more than your coupons e.g. twelve coupons for a new great-coat really cost thirty-eight clothing coupons which meant dependent on the year you may only have had twenty coupons left for the entire year! 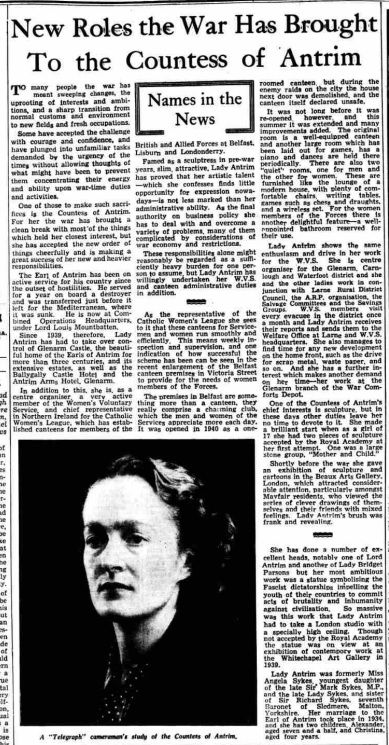 Many active members of the WVS, most notably those who ran the WVS at county or city level in Belfast, where members of the Anglo-Irish aristocracy. The “Lady Bountiful” stereotype unfortunately or fortunately played true with these ladies as they took the experience of organizing and running large estates and households into running their local WVS. Angela Sykes, Countess of Antrim (pictured to the left – was an artist and sculptor in her own right) was active in the County Antrim WVS whilst also running Glenarm Castle, the Ballygally Hotel and the now defunct Antrim Arms hotel in Antrim. Lady Stronge, of Tynan Abbey, was active at both County Armagh WVS level and Belfast level with Miss. Sybil Annesley, of Castlewellan Castle, Co. Down was active in the Newcastle branch of the WVS.

If these women acted negatively towards middle or working class members of the WVS it is not generally known as unfortunately like a lot of wartime Irish women’s history either myself or other scholars need to do the work to find out! There are official records of the WVS’ role in Ulster in archives and quite probably personal reflections of the women mentioned above in landed estate records. These are archival visits that I will need to make in the future to ascertain the personal opinions of these women if they do exist. Hopefully, once these visits are made I will be able to understand the personal pressure and responsibility that these women felt obliged to join the WVS whilst also undergoing stressful times with loved ones away in the British armed forces. 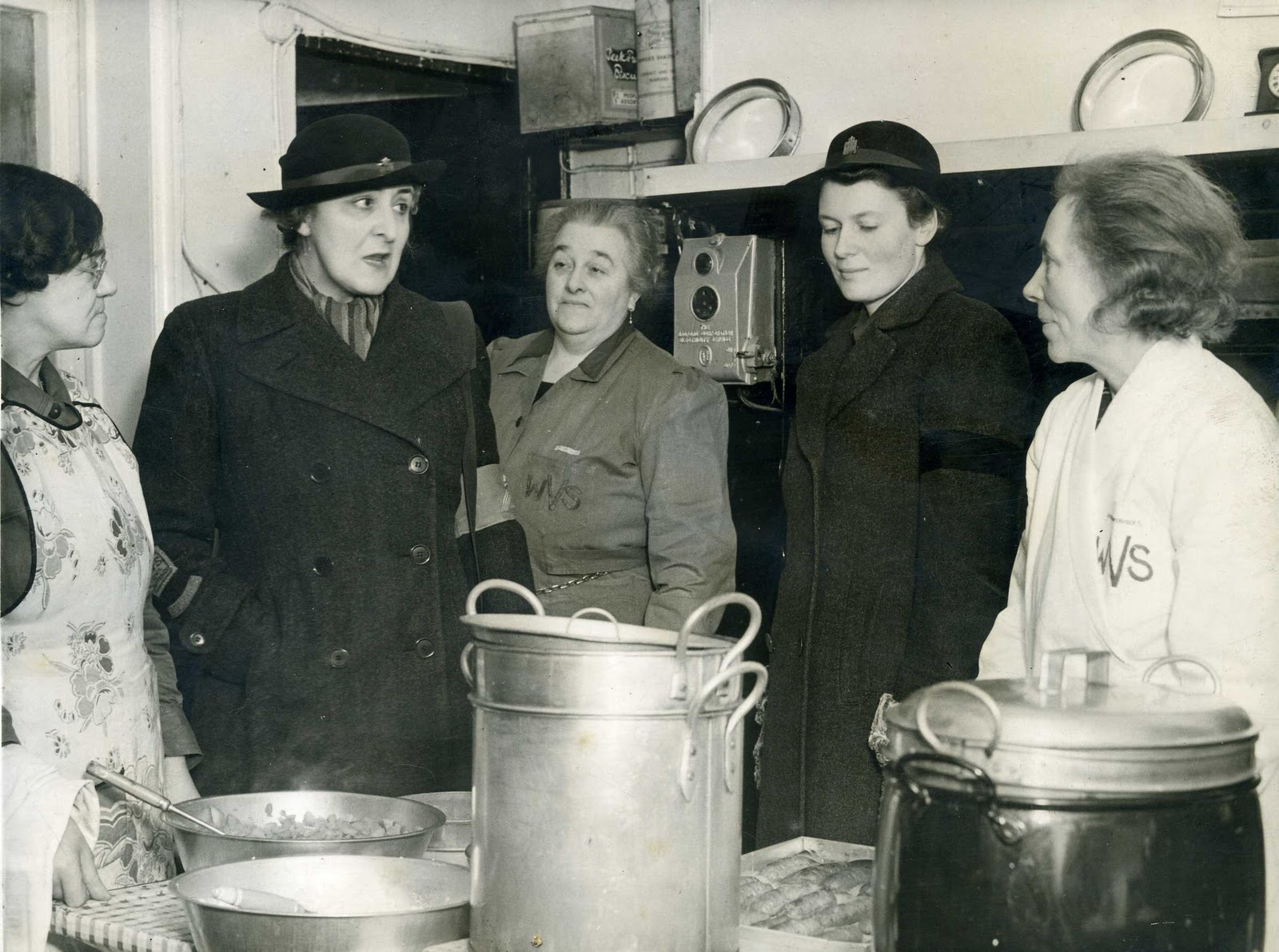 The roles of the various members of the WVS varied dependent on the amount of time they volunteered, geographic location, and any particular skills that they possessed. A woman used to managing an estate or staff would be best served in helping organize her local WVS group. Whilst a professional cook or housekeeper would possibly be best at running mobile and stationary canteens. However, the roles that the WVS in Ulster undertook were varied and changed as the war progressed. As the threat of aerial bombardment ceased at the end of 1941 (Ulster did not suffer a second Blitz of V1 and V2 rockets thankfully!) their attentions turned to assisting American troops orient themselves, providing hot meals and tea (a very important job) at canteens and railway stations, organizing and managing clothing depots, and running Home Front exhibitions. The WVS also assisted in finding appropriate accommodation for Allied service personnel and civilian’s a like as many people changed address several times over the course of the war. The WVS played a crucial role in the Home Front effort of Ulster in aiding and assisting wherever they were needed and whenever they were needed. They might provide you with a cup of tea but they could also assist you in finding a temporary home or also obtain clothing for your children. To say that these women were ‘Wonder Woman’ is an understatement; they were Amazonian Warriors doing their own bit with a tea cup and ration book! 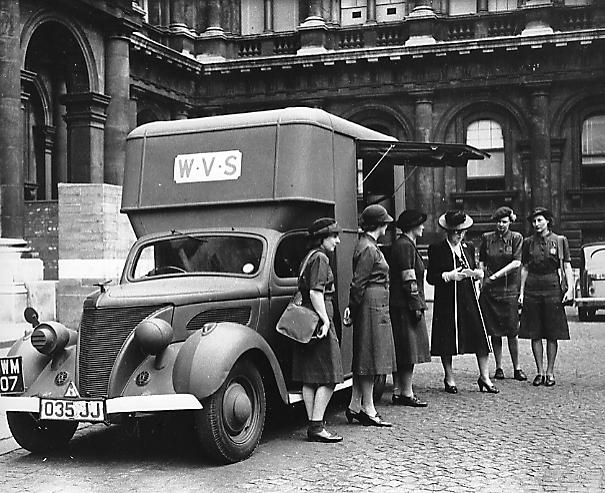