After my trip to Edinburgh (link post) I travelled to Oban via Glasgow. I used public transport for nearly every part of this trip and the beautiful scenery on the bus from Glasgow coupled with a quick and reliant bus service from Citylink made my journey a smooth one.

I stayed in a lovely B&B overlooking the Oban harbour and the islands of Kerrera and Mull. I was charged a single rate for what was a very comfortable double room with en-suite. The hosts were wonderful and lots of ideas of what I should see and where to eat. Additionally, the continental breakfast was first rate and filled me right up until late afternoon (though there was always time for ice cream!). 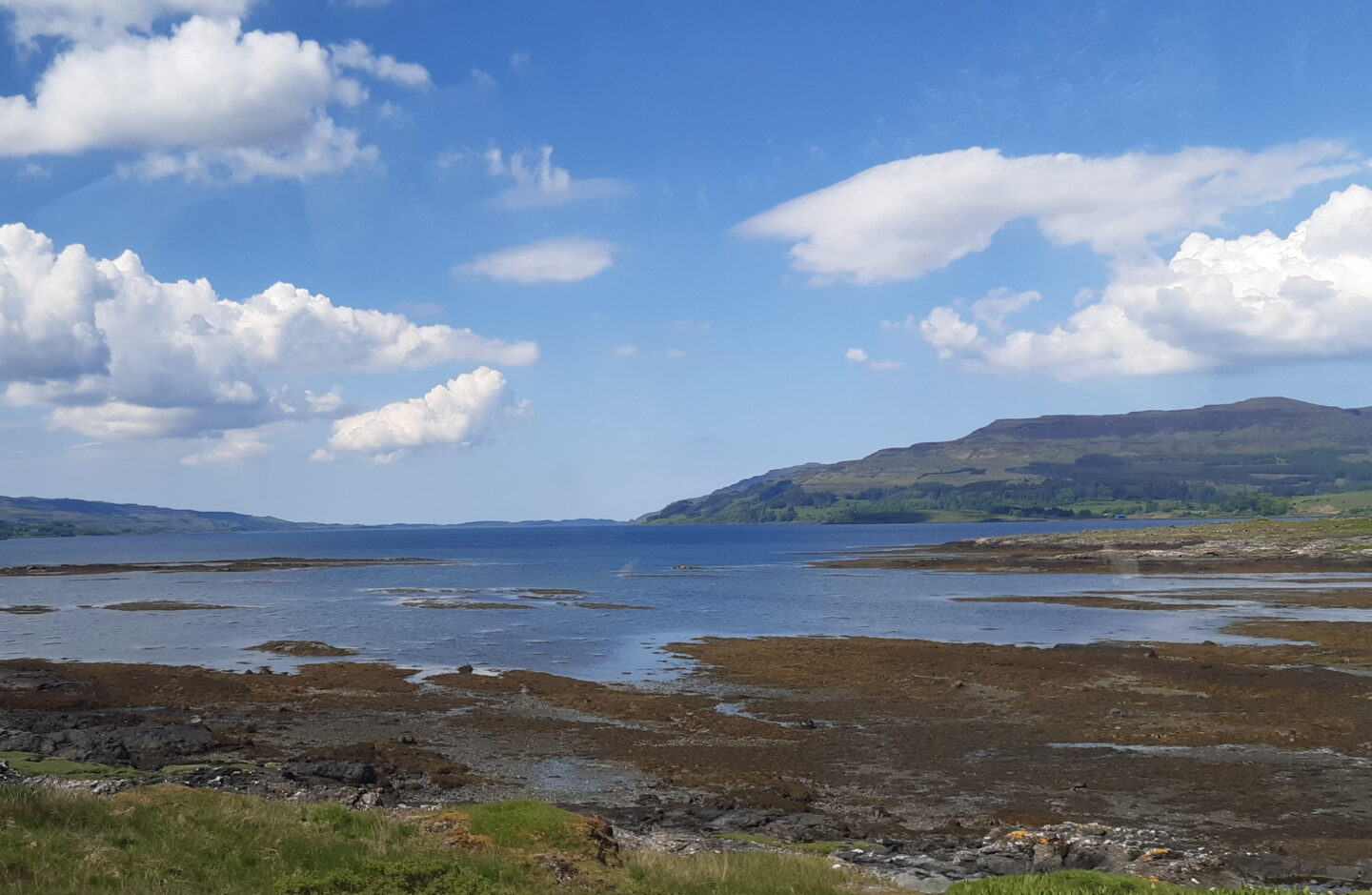 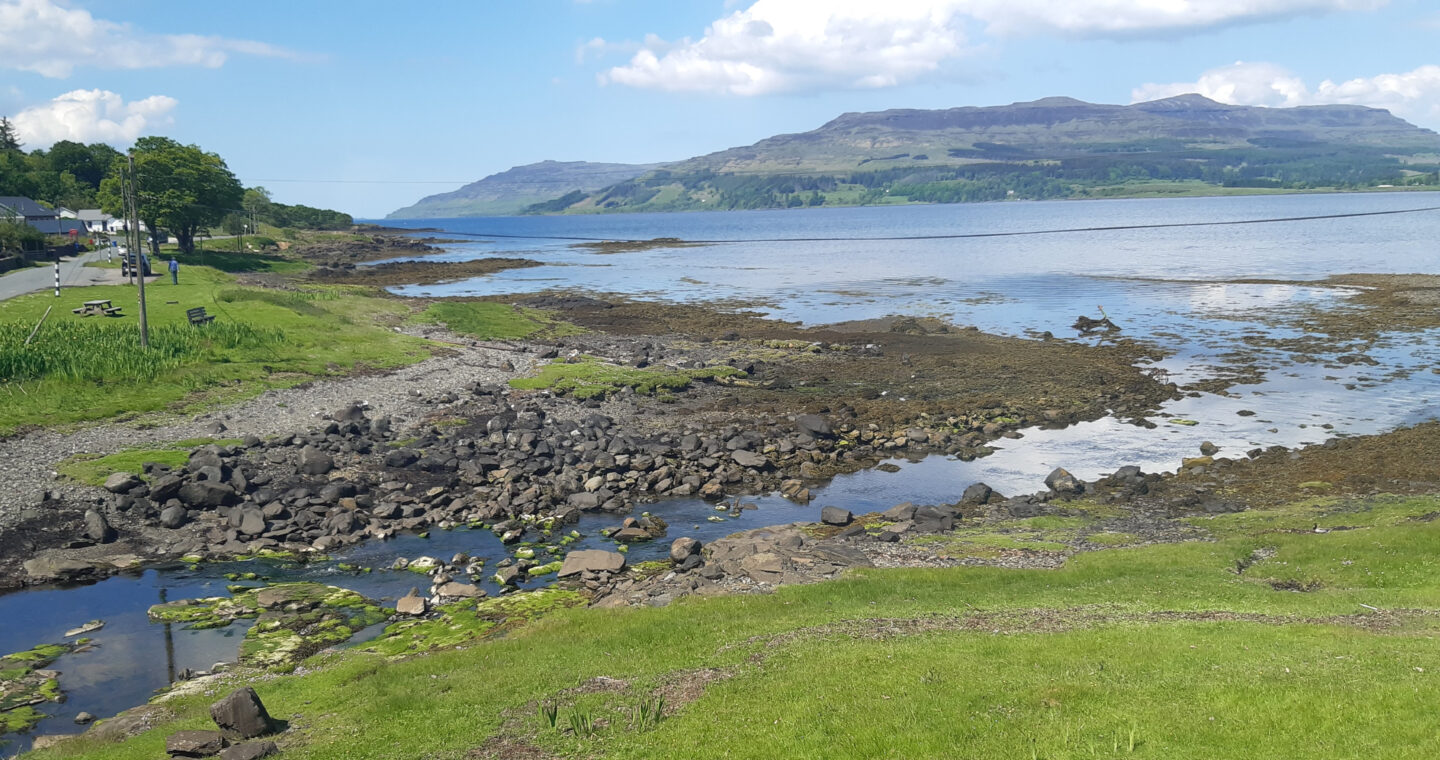 On my first day I took this tour that comprised the return ferry to the Isle of Mull, a bus tour across Mull to the ferry for Iona, a wildlife tour to Staffa and on Staff, a boat to Iona, and return bus trip to the Oban ferry. For £78.00 (not including food or entrance to Iona abbey) I thought it was incredibly worth it just as pricing it individually would be considerably dearer. The ferry journey from Oban to Mull is literally breathtaking and I couldn’t have asked for a better day for sailing; crystal clear blue skies and no wind and a smooth, glass-like sea. We were picked up by West Coast tours at the other end and how the bus driver drove across Mull I do not know – the road is one way with passing places and in a double decker bus this must have been hard! The Ilse of Mull is unlike anything I had ever seen before; rolling green hills, blue lochs, and beautiful villages all the way to Fionnphort to the the Isle of Staff wildlife tour. On Staffa we visited Fingal’s cave famous for inspiring Mendelsohn’s ‘Hebrides Overture’ and the cave has hexagonal basalt rocks similar to the Giant’s Causeway. 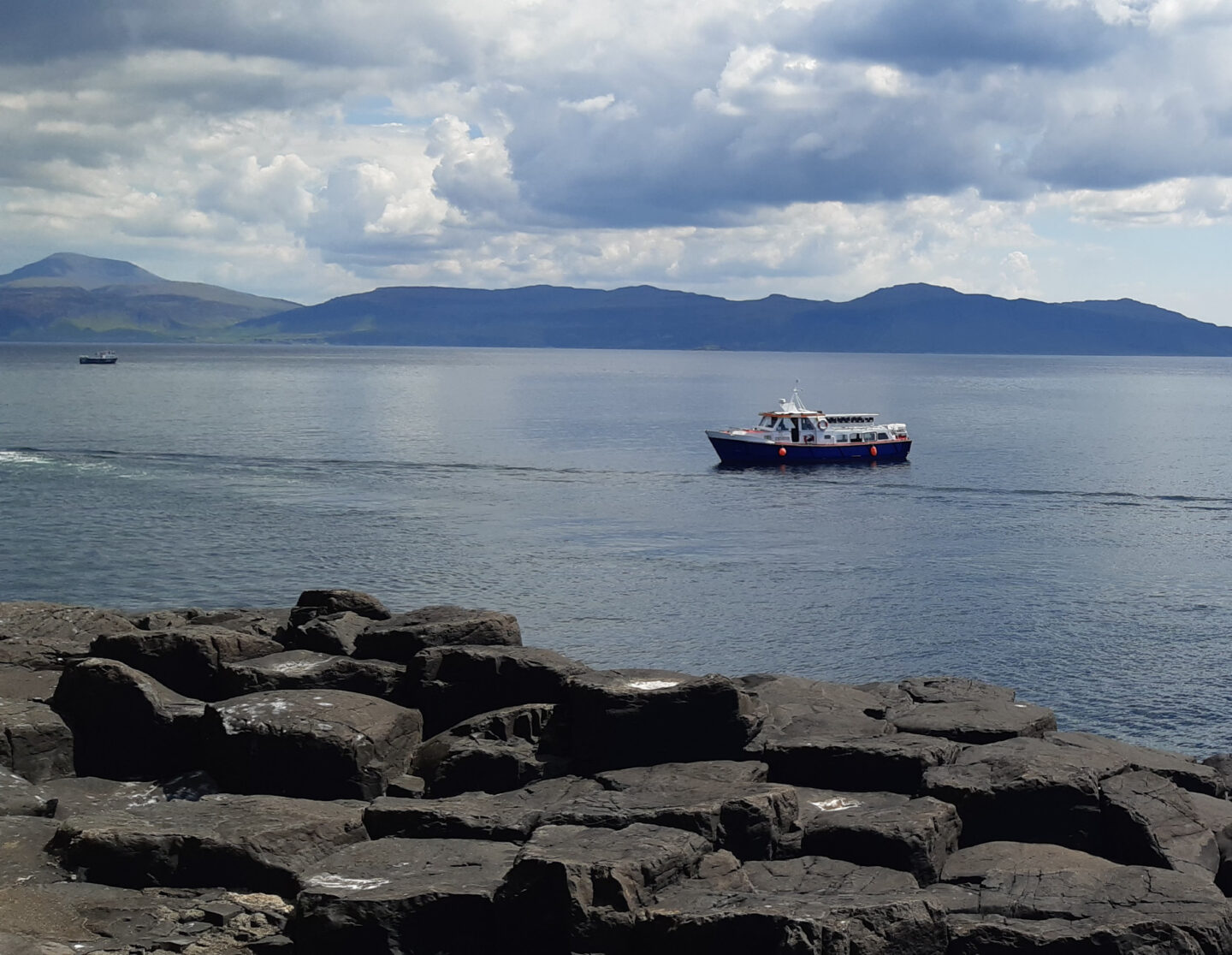 However, the highlight of this trip and an absolute bucket list moment was seeing the Puffins! Lots, and lots, and lots of Puffins! They love to come up to people as larger birds of prey won’t attack them when they are around humans. They are extremely cute, fat, and waddle and look like an over-fed French waiter. I am already planning to go back next year to see the puffins! From Staffa we went to the Isle of Iona famous for the Iona Abbey and Nunnery an early Christian site. The site is run by Historic Environment Scotland and I was quite disappointed by my visit as the abbey was closed for both a wedding and building works something that the website neglected to inform me when I booked my tickets. Additionally, the island had suffered an island wide power cut and I had little cash on me which I needed to save to buy a bottle of water as it was unseasonably warm!

However, despite this set back Iona is possibly one of the most beautiful places I have ever been on earth. Words cannot describe the beauty of this island; from the crystal clear blue waters and white sandy beaches to the architecture and wildlife it is truly stunning beyond words. I could happily live on Iona all summer doing absolutely nothing but eating good food, swimming, and walking about the island. On my second day (and sadly last full day) I spent it in Oban going around the various shops including the fantastic Oxfam book and gift shop. I also visited the Oban War & Peace museum which tells the story of Oban’s important role in both World War One and Two and the men and women from Oban who served in the various British armed services. In the museum were a plethora of original objects including uniforms, photographs, objects, medals, photographs etc. It’s such a wonderful volunteer run museum that it’s worth going just to see the array of objects they have in display. And don’t forget to leave a donation as it’s free to visit and runs entirely on donated funds!

Sadly, at this point I was feeling pretty unwell (which turned out to be a combination of Covid, sun stroke (I didn’t pack a hat as it was not meant to be soo warm!), and a sinus infection. I spent the rest of my last full day in bed before leaving on the bus on the following morning. Unfortunately, my flight was cancelled from Glasgow and I had to return home on the Stenaline ferry. What should have been an eight hour round journey turned into a fourteen hour nightmare. However, as you read this I am now back in Oban with friends to do everything I didn’t get to do in May!