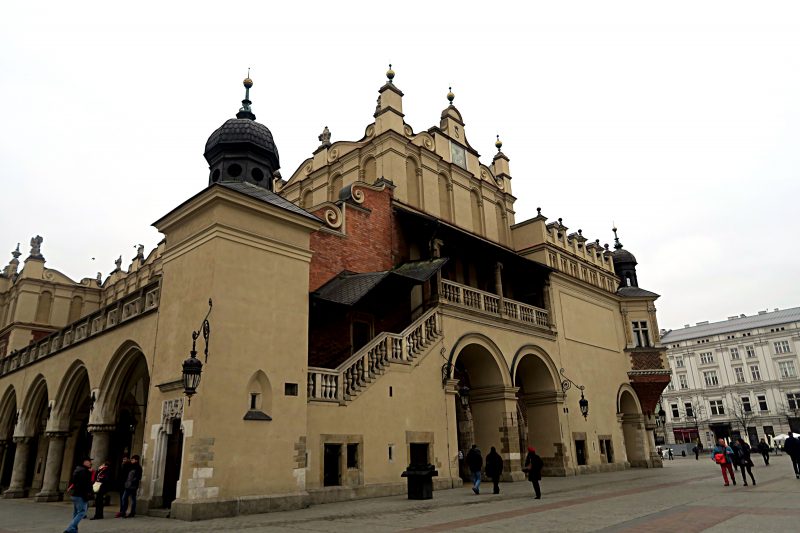 A few months before Christmas 2016 my boyfriend and I decided to go somewhere different for impending thirtieth birthday. I say impending with a light heart as thirty isn’t all that different from twenty-nine at all. We looked at Copenhagen. Too dear. We looked at western Europe. Already been there. Then we looked at eastern Europe. And bam! we found the place we wanted to go to: Krakow, Poland.

Krakow is the old, like really fifteenth century old former capital of Poland. Krakow is also the literary and artistic capital of Krakow. It’s easy to see why as there are numerous museums, libraries, historic buildings and other amazing areas of social and historical interest in Krakow itself! 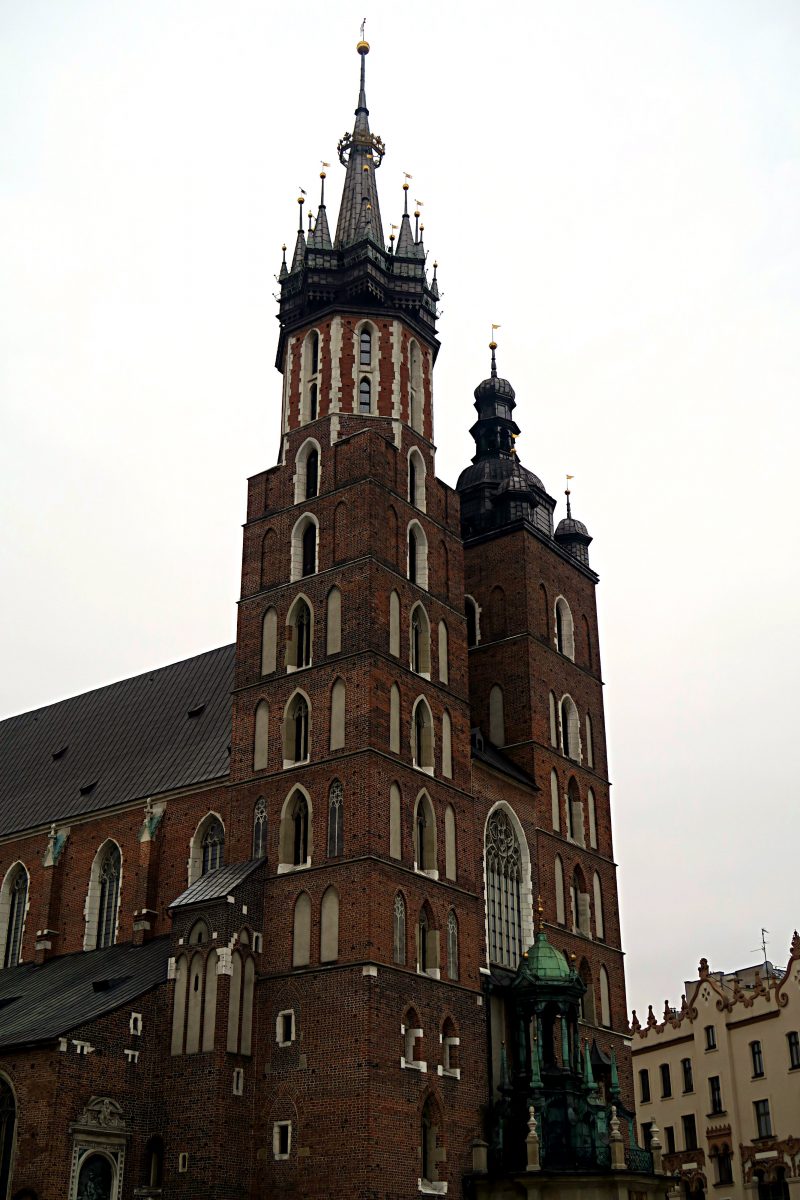 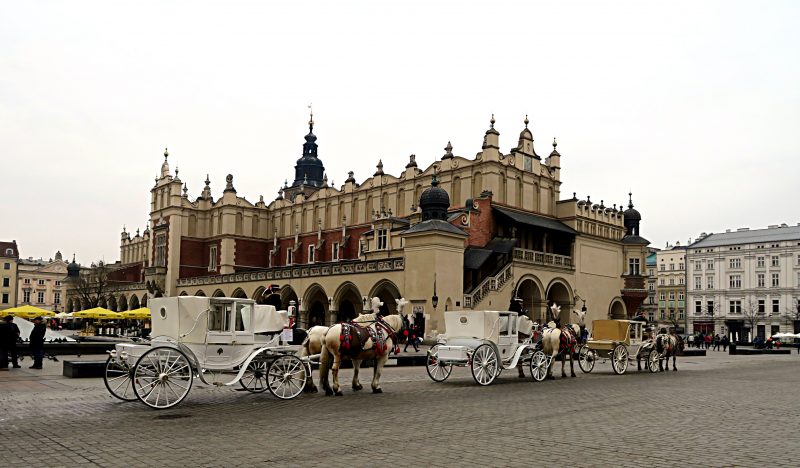 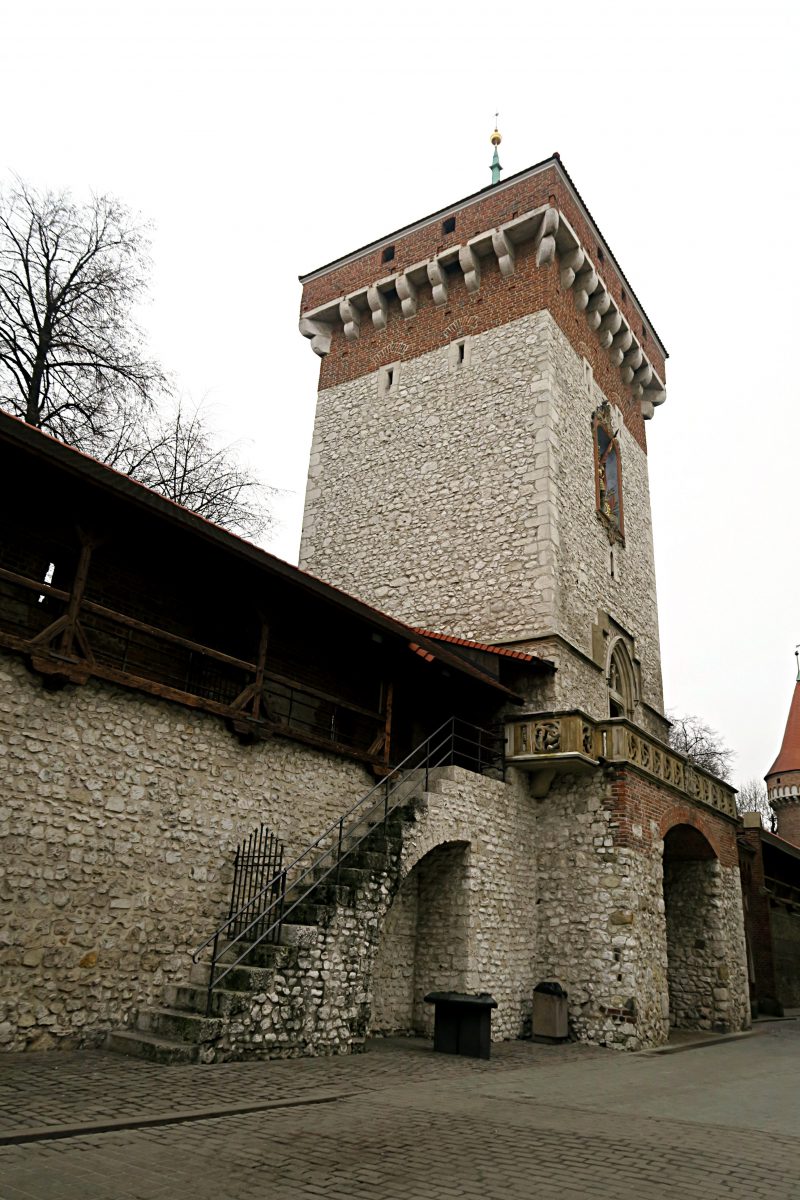 First impressions after arriving at midnight: everywhere is so clean! Like super, super clean! Even in the days to come everywhere was spotless. I’m accustomed to travelling in both western and eastern Europe but my boyfriend it was his first foray into the east. Sounds mysterious, doesn’t it? 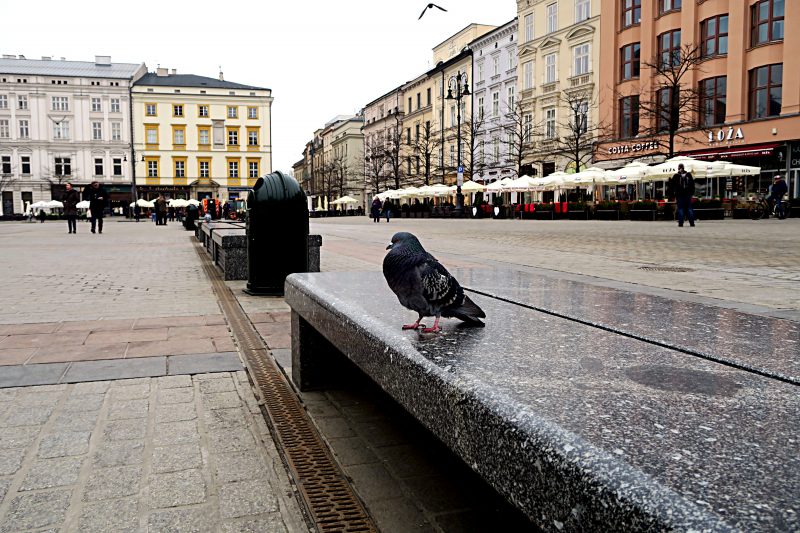 He couldn’t get over how clean and how beautiful everything was. As even though we love (well I’m obsessed with everything Italian) Italy, Spain, France etc. we both commented on Poland being cleaner than some western European countries we have visited.

We stayed at Hotel Polski (such a great name!) at the top of the old town. I have to say it was one of the best hotels I’ve ever stayed in and I’ve stayed in a fair few hotels in my time. The receptionists were helpful, the building was old and beautiful and the room! Oh my goodness the room was amazing! 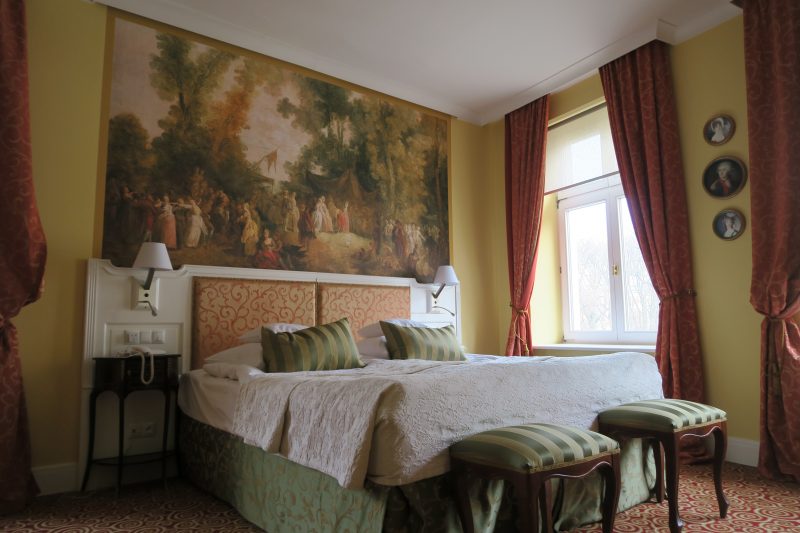 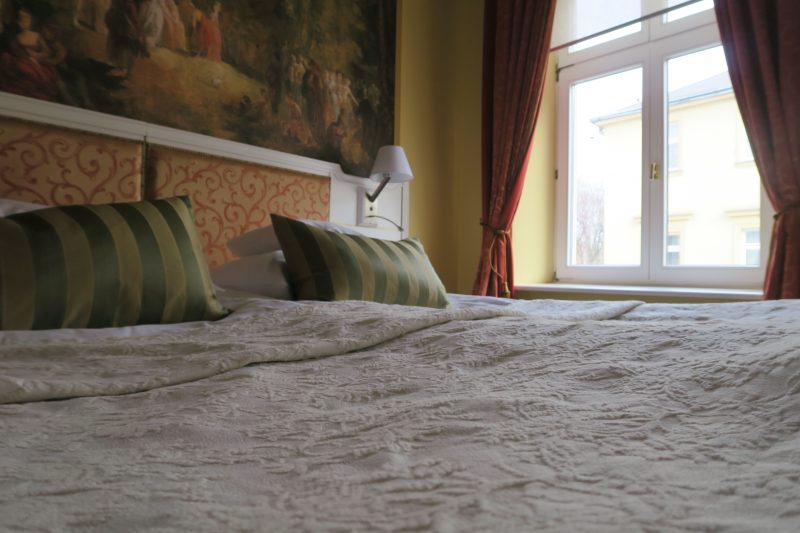 It was massive. So big that you could probably fit our entire upstairs into the hotel room. There was a marble bathroom with a seprate shower and a bath. I had several baths, in fact I had three baths in one day it was that good and I was on holiday so I could do whatever I wanted.

On the first day we took it easy and got up late as we didn’t get to bed to half one in the morning. I don’t function after ten o’clock so this was exceptionally late for me. We got up and had an amazing buffet breakfast. Anywhere that has SIX different types of cheese for breakfast is winning in my opinion. And the pastries. Oh.my.goodness the pastries! 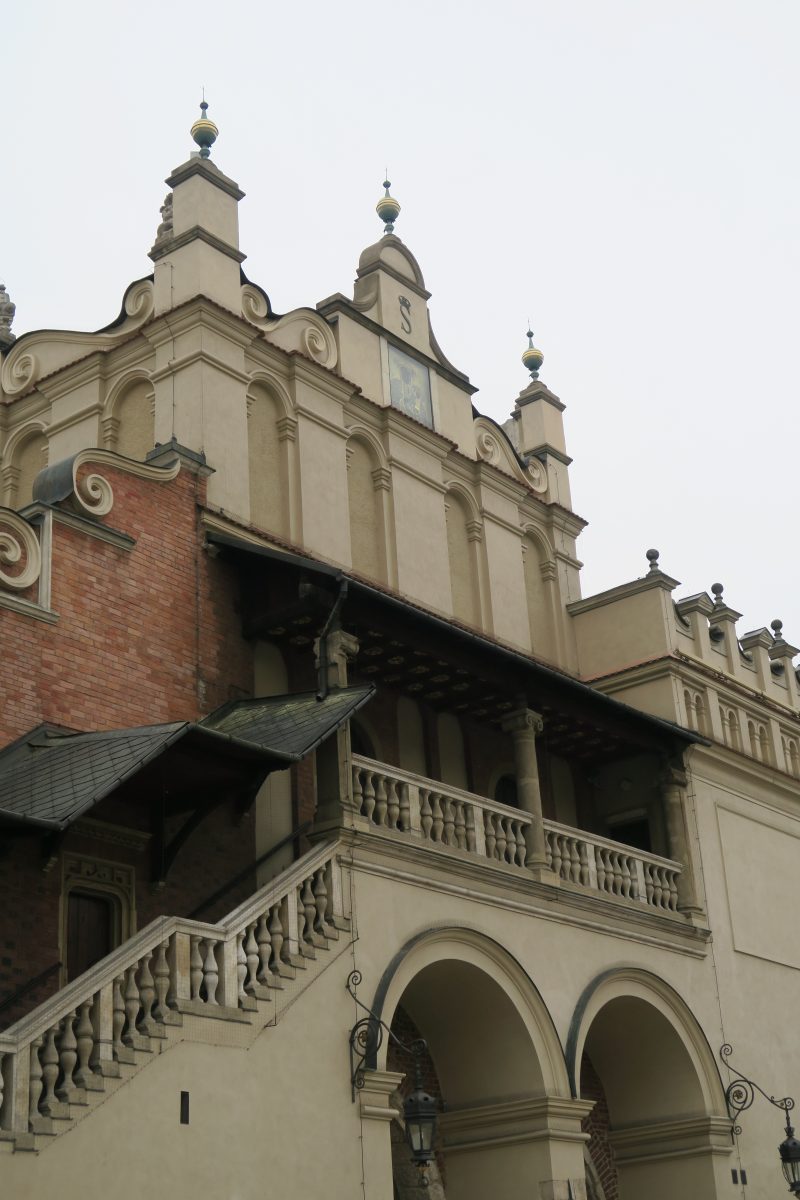 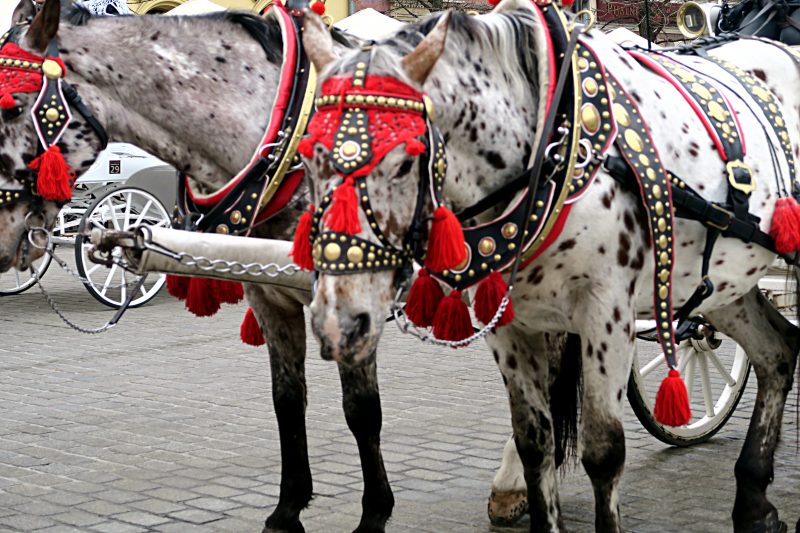 We meandered around the streets of the old town. I bought an Amber ring in the market hall. I also have an Amber ring from Latvia and an Amber and silver bracelet from Bulgaria. Amber is my favorite stone and when I can afford more expensive Amber I’m going to buy loads and loads! The market hall is slap bang in the middle of the Old Town. It’s a medieval building with the crests of different Polish cities painted above the wooden stalls. 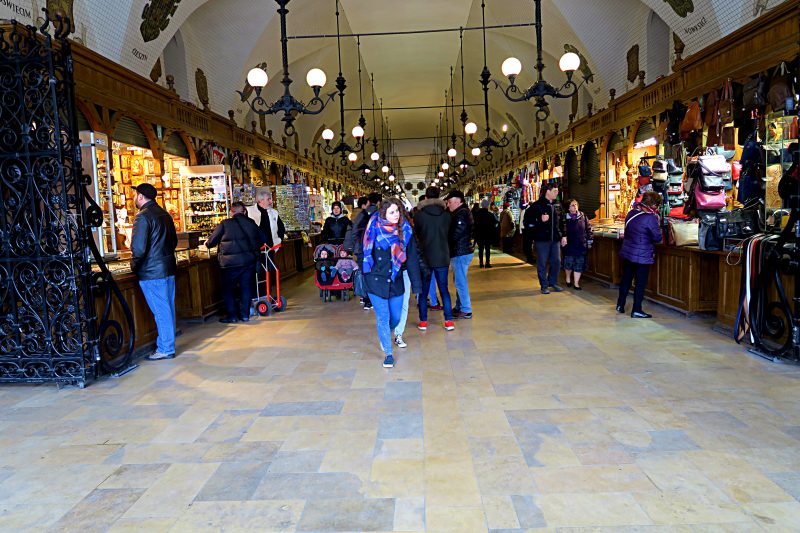 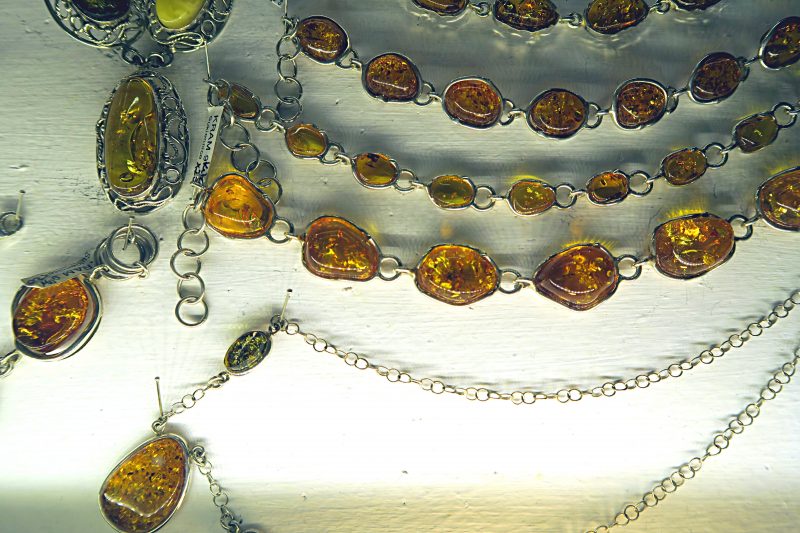 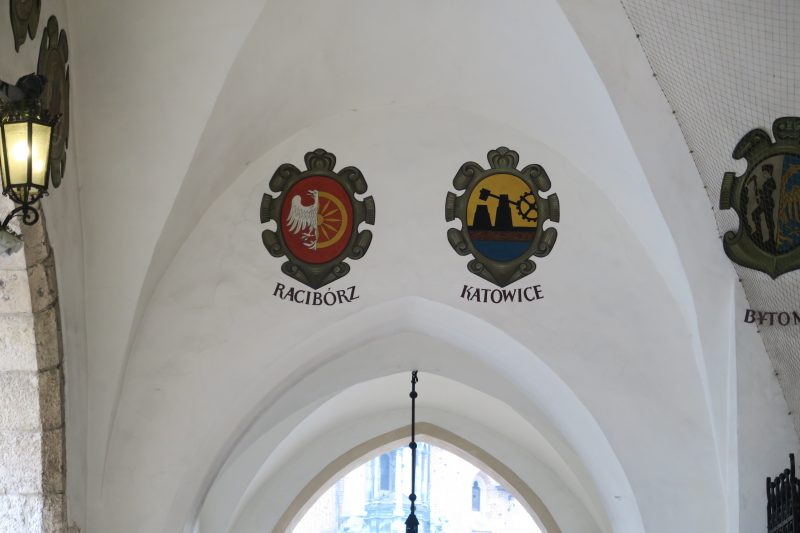 The buildings are beautiful and in such good condition you swear they were built yesterday. People were walking about going about their daily business and we stopped a couple of times to have coffee outside just to people watch. That’s the thing with Poland the cold was different to Irish cold as it didn’t chill your bones! 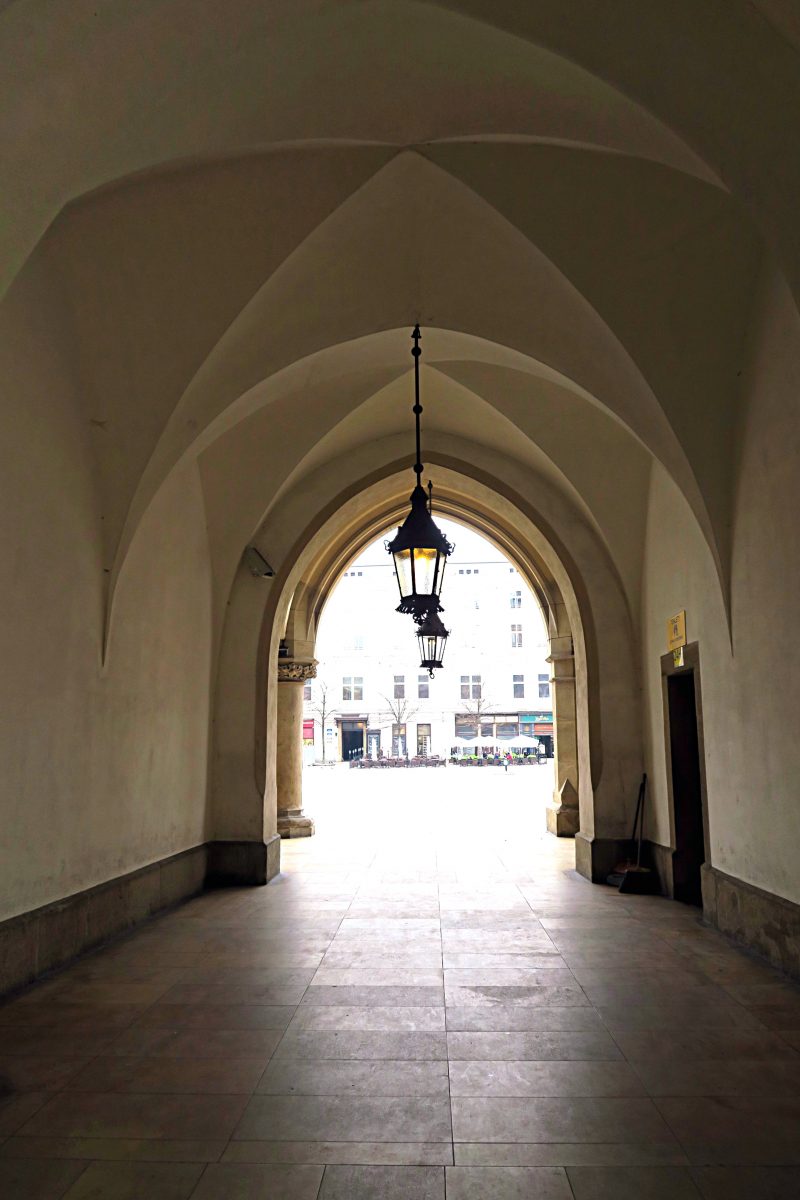 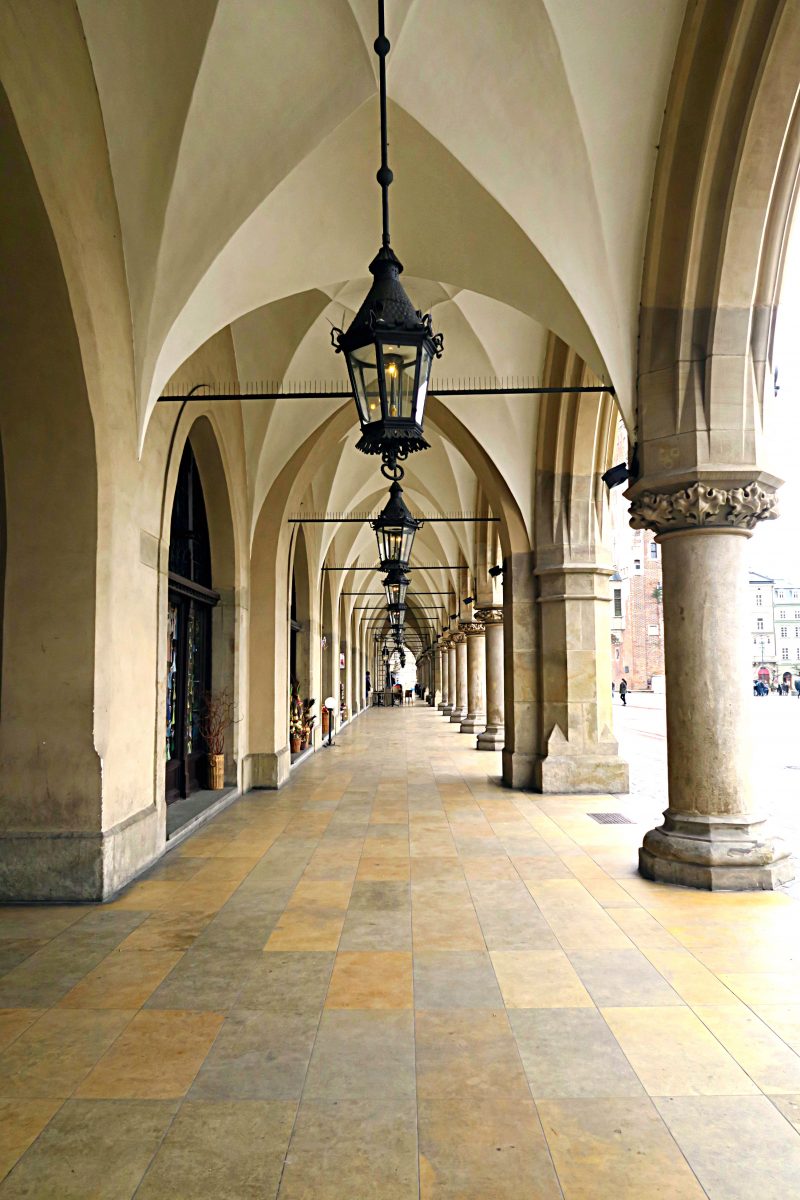 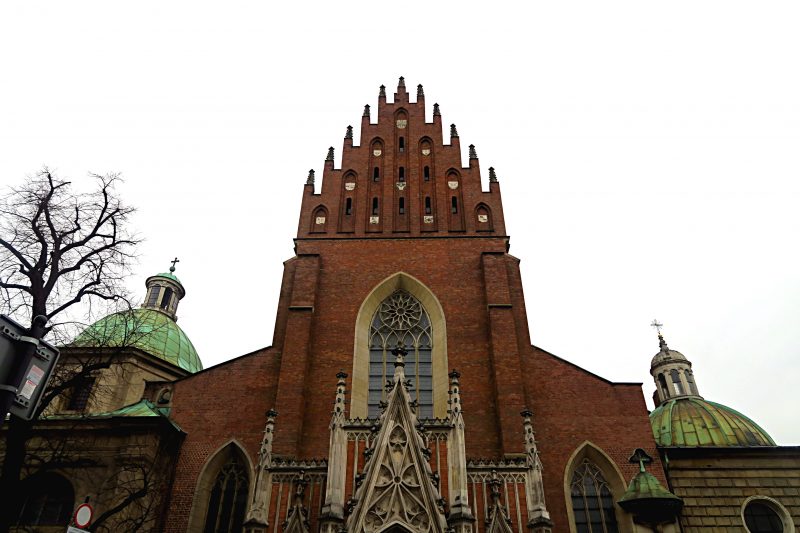 We made it to the Jewish quarter and went to Hamsa, an Israeli inspired restaurant that served some of the best houmous I’ve ever had. And hot beer. Lots of hot beer. It’s a thing in Poland so you have to try it. If you know your history the Jewish quarter was quite a harboring experience as there were many plaques to former residences of the Jewish quarter who were murdered by the evil and tyranny of Nazism. 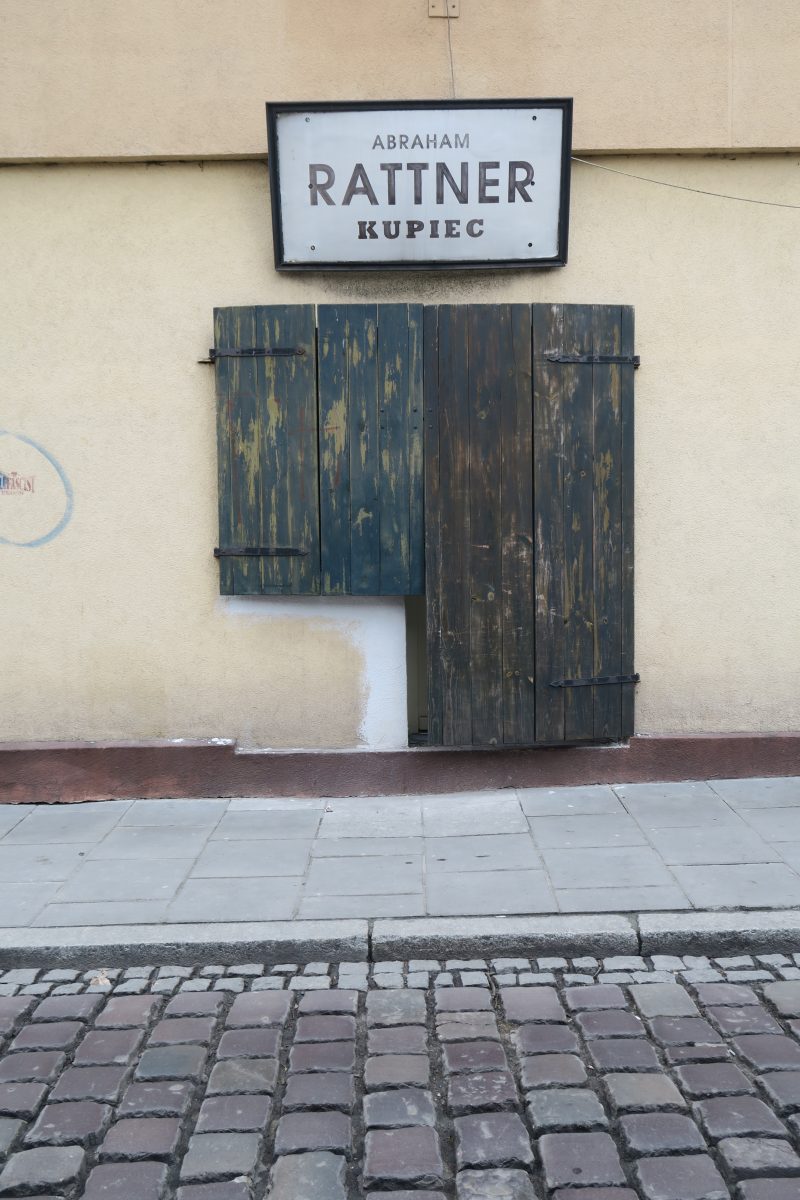 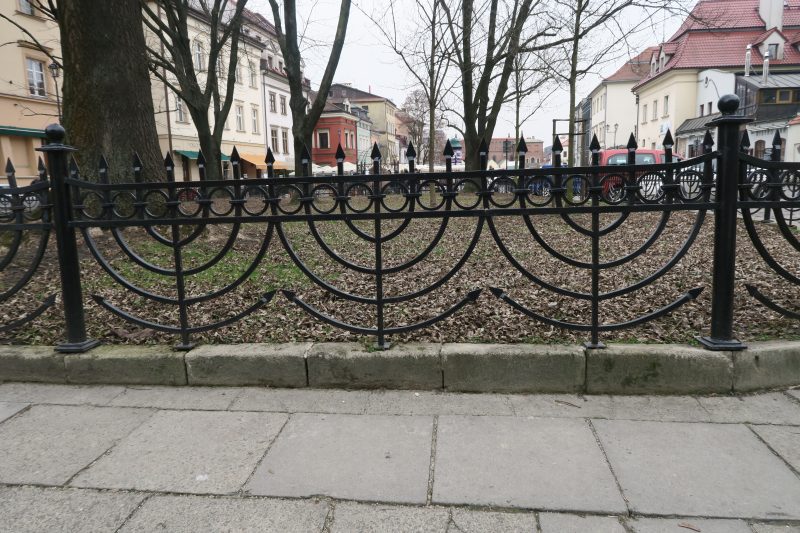 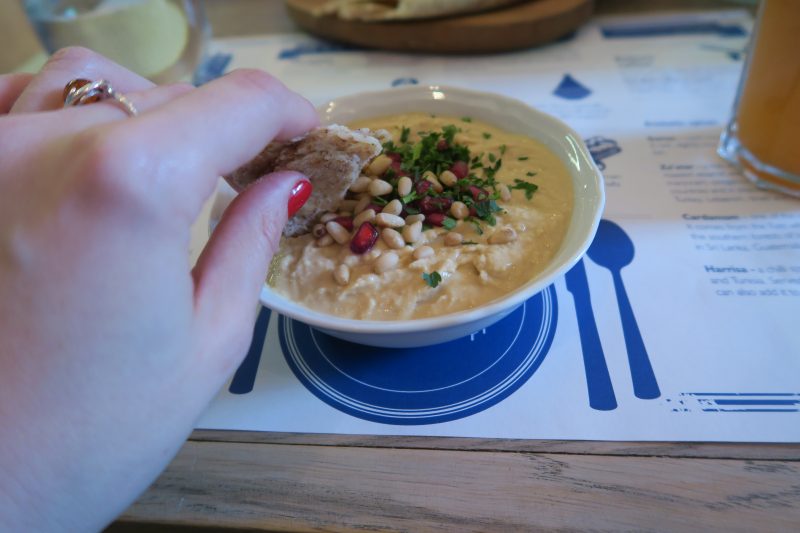 As someone who has studied this part of history intimately I found it quite upsetting and moving to see all these plaques. We must never forget what Jewish and other people who dared shout out against what was pure and utter evil. 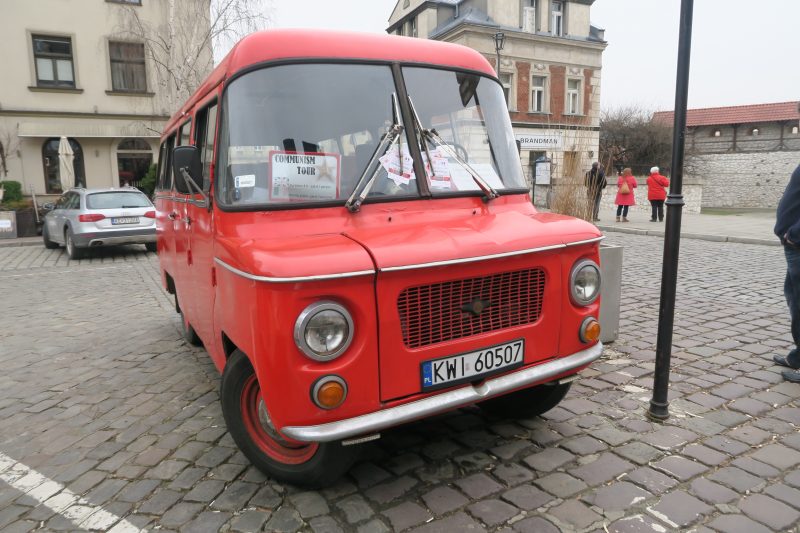 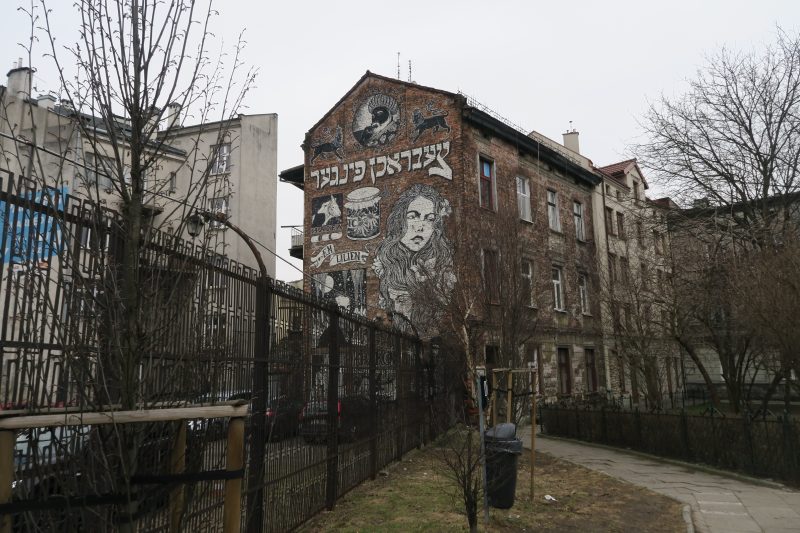 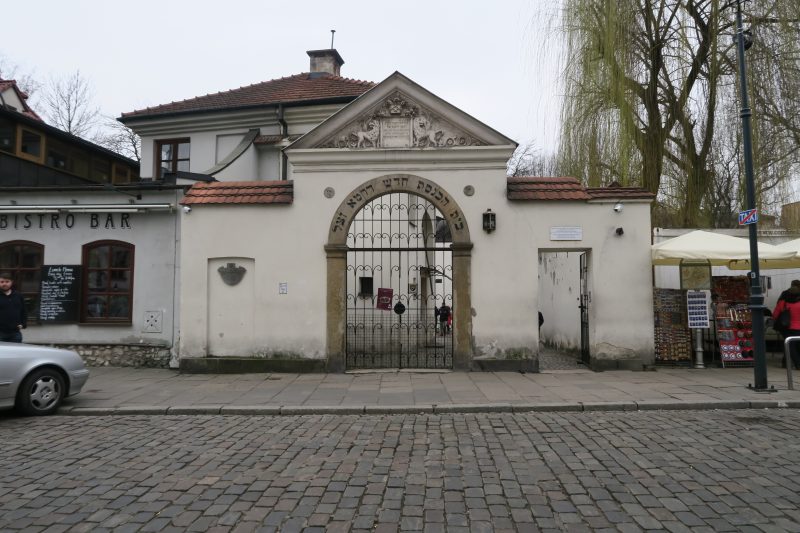 After this the late night caught up with us and we headed back to the hotel via the supermarket. Because when you’re on holiday you always need snacks for the room! We chilled out then got ready to explore the culinary delights of Krakow. 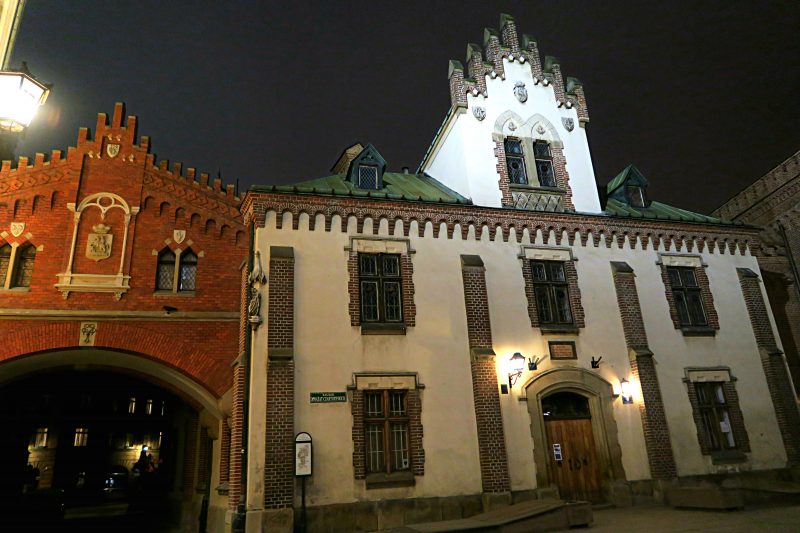 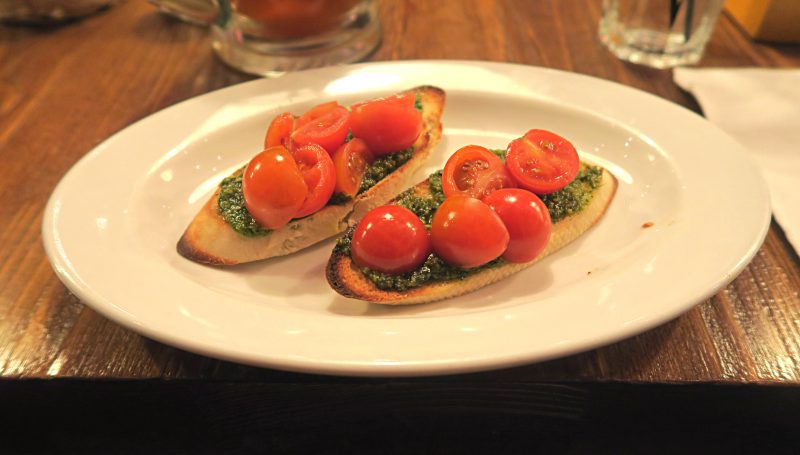 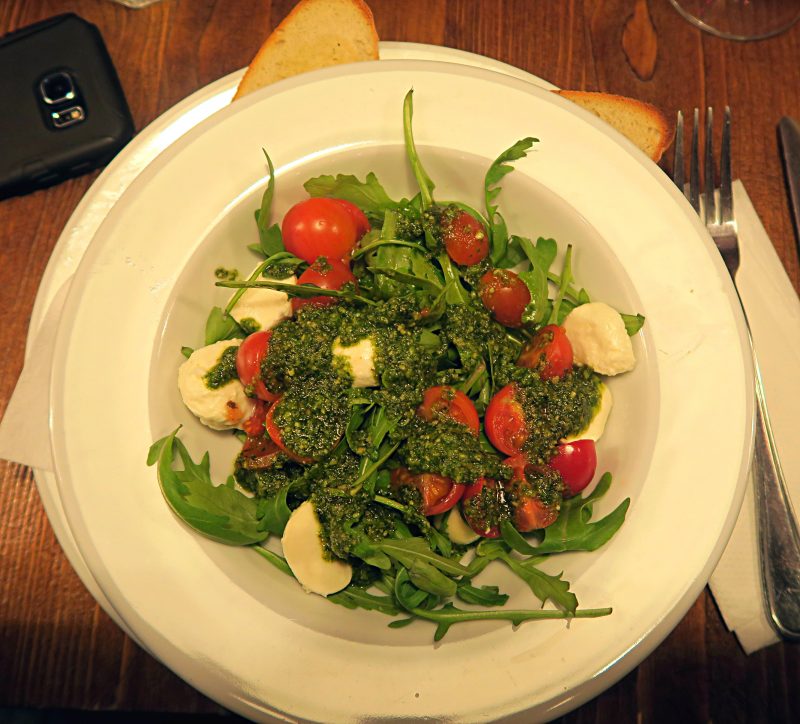 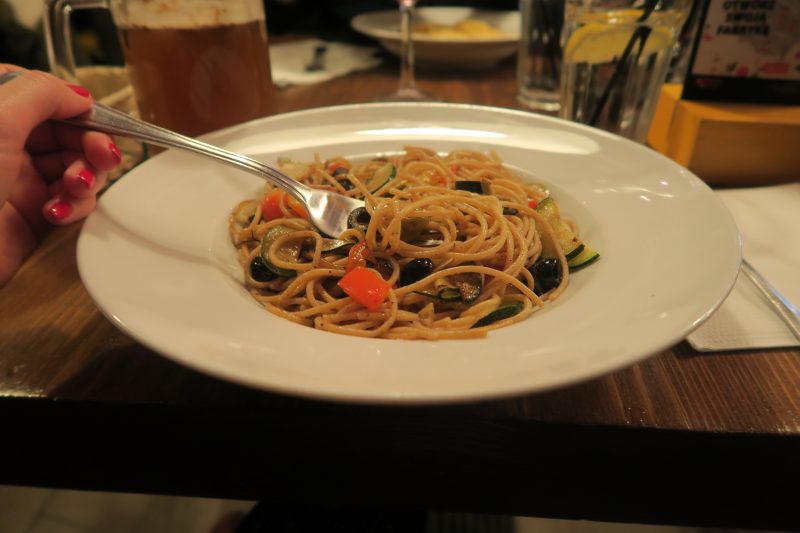 We were not disappointed and went to Fabryka Pizza (we were tired and didn’t want to walk too far) and we had a three course meal and drinks for ten pounds. Ten pounds!? Poland is seriously that cheap as they have Zloty as their currency. Here I am enjoying some delicious hot mulled craft beer. Delicious! 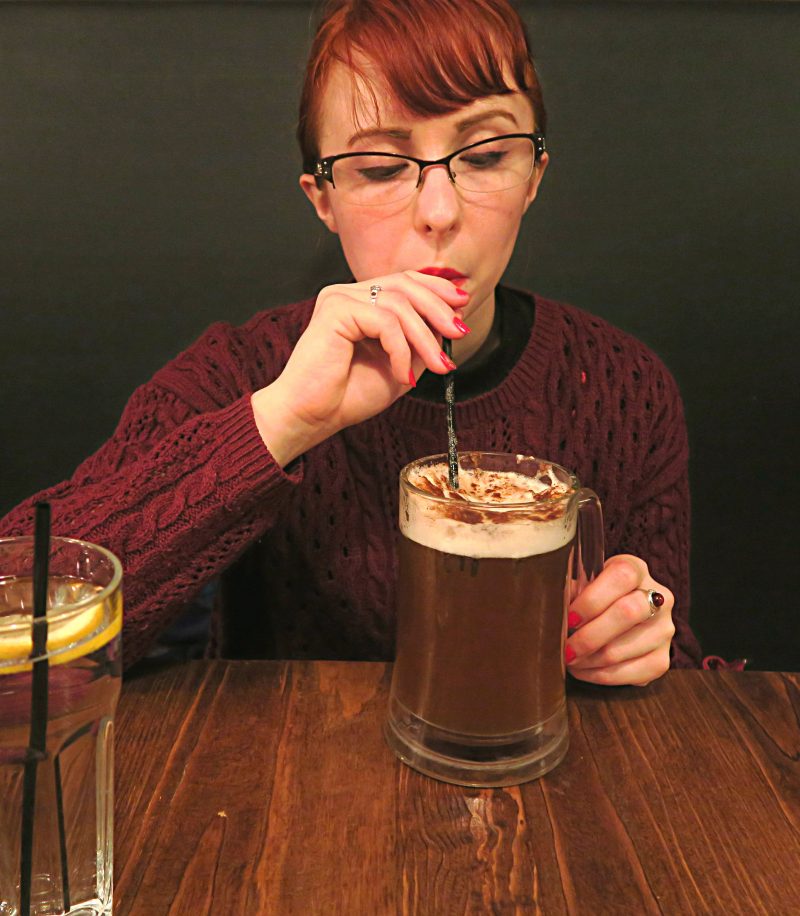 After this we were pooped and headed back to the hotel to sleep. Though not before my third bath of the day! Check back next week for more adventures in Poland!