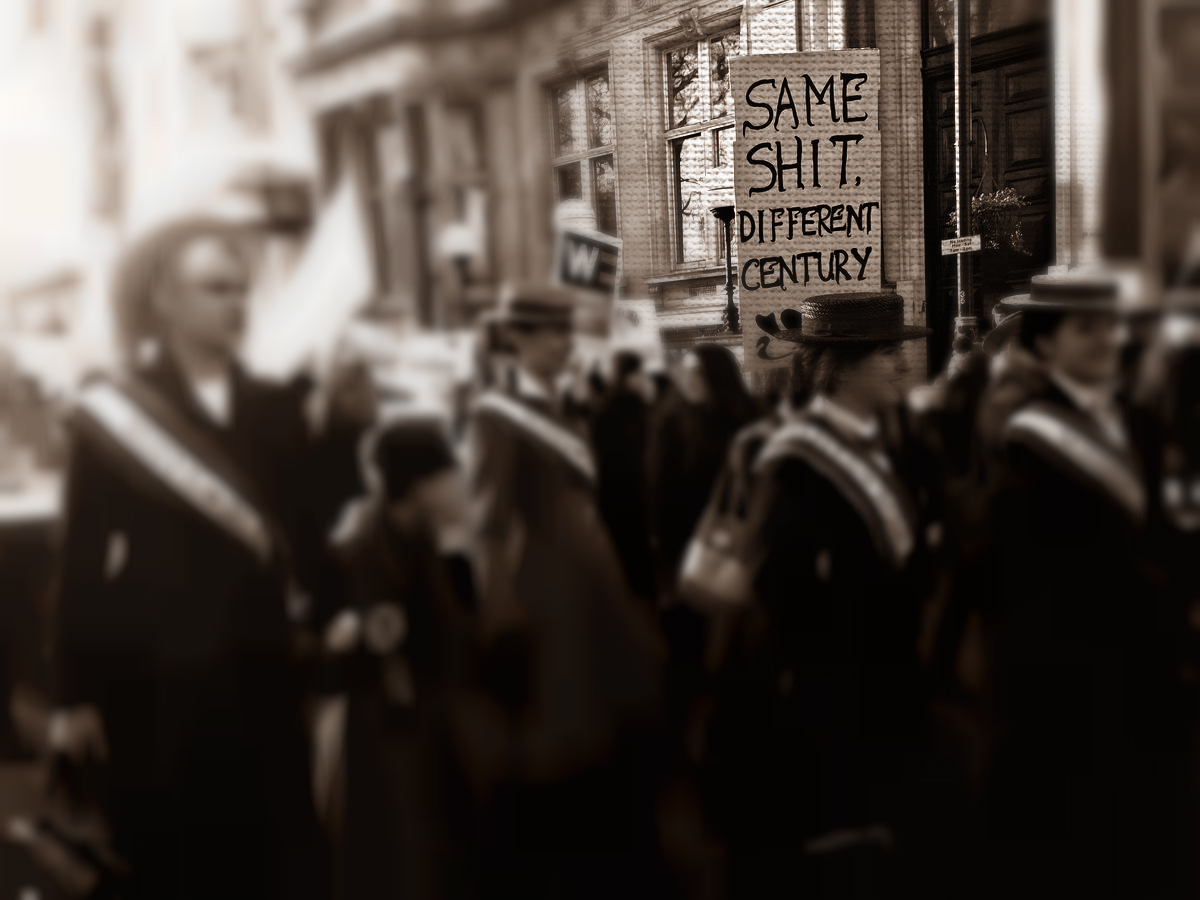 I’m a feminist and a proud one at that. I believe in equal rights for men and women irrespective of their social, religious, cultural or sexual background. I come from a long line of strong females; one of whom was an Irish speaking Suffragist in County Cork, Ireland and who is my namesake- my Great-Grandmother, Raicheal Bell Moran.

I believe that what she campaigned for and fought for for the rest of her life (she was a strong advocate of equal pay for women in both Northern and Southern Ireland) has shaped who I am and what I able to do in my own life in 2017. Without people like my Great-Grandmother and millions of other feminists, suffragists, suffragettes, campaigners etc. from before and after the Suffrage campaign we would still be stuck in the dark ages of when men and women weren’t equal. (It’s easy to forget that unless you were rich or owned land for the majority of history many men also couldn’t vote!).

But what have men and women worn throughout the various campaigns for equal rights, equal pay, earning the vote etc.? The podcast at the bottom of this pages discusses what I’m talking about here in more depth and greater detail. I’ve also added show notes or further reading links at the bottom of the page if you wish to learn more! 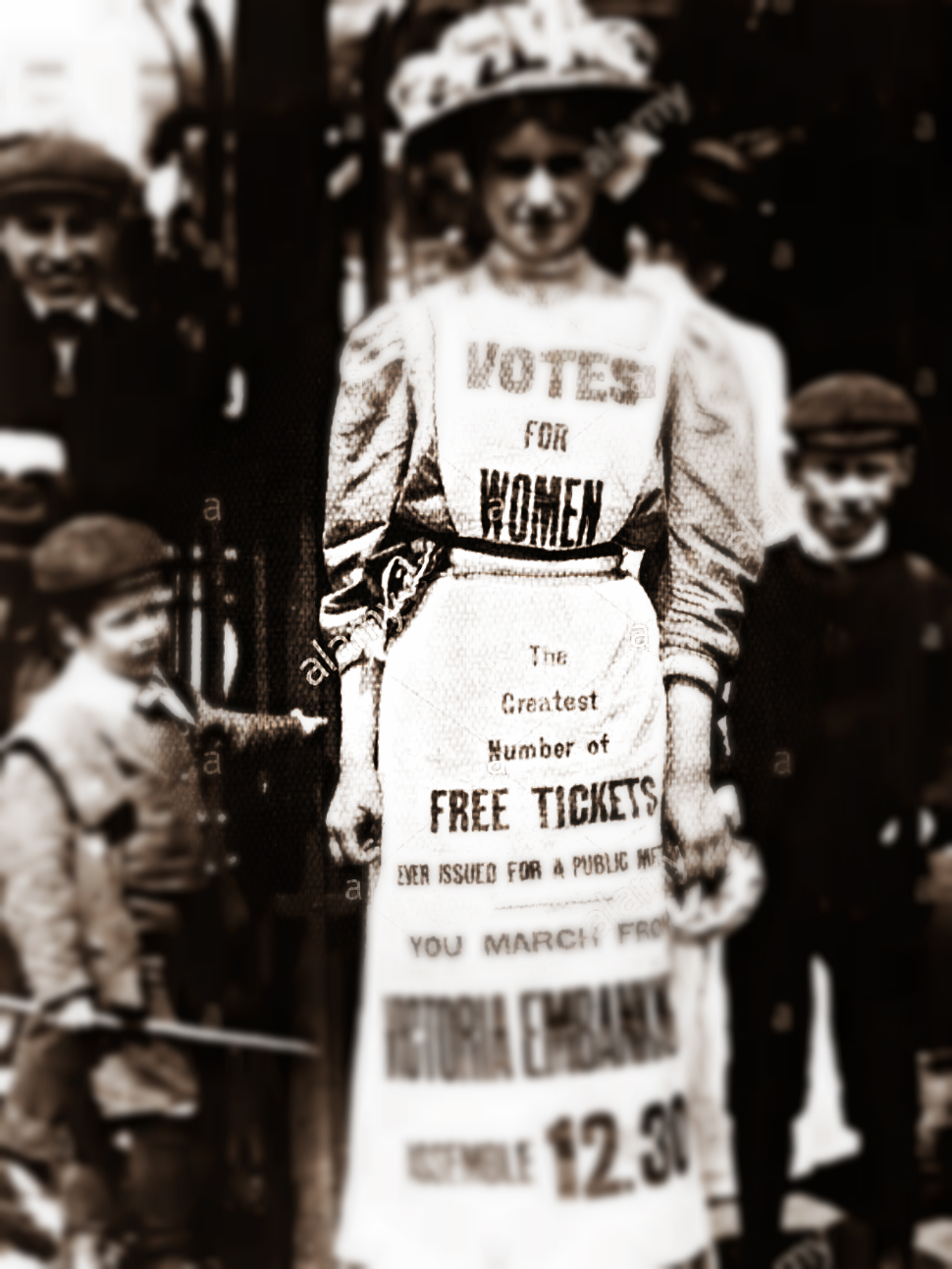 Well they wore all manners of things from dresses to cockades to pink hats at the latest series of global women’s marches in January 2017. Most notably Suffragettes in both the US and America wore white as a symbol of the struggle for the vote on both sides of the Atlantic. Suffragettes in the United Kingdom wore white for purity, purple for loyalty and green for hope. 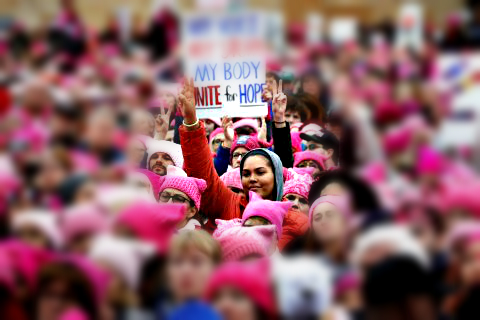 It’s important to note that the struggle for the right to vote was not white female centric, though history sometimes portrays it this way, and that many African-Americans, Indians, South Americans etc. campaigned in their own countries for the right to vote. Subsequently, women of all races and backgrounds have fought for the right to vote, equal pay and equal rights throughout the nineteenth and twentieth century. 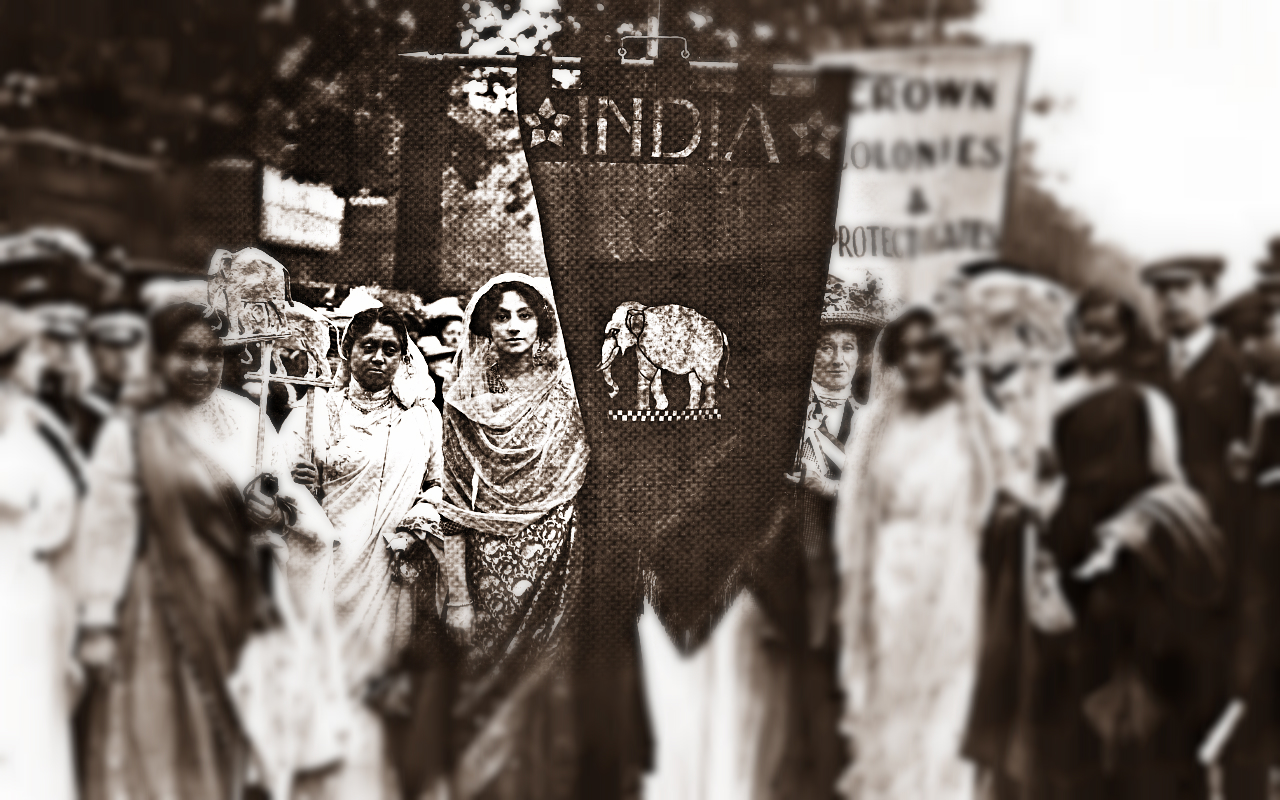 Each of these pictures depict women in strong colours or colourful accessories to bring attention to their campaigns. By donning white clothing or pink hats the world’s attention is turned to the cause these women and men have been marching for. Their clothes have become a physical embodiment of their struggle for equal rights for equal pay or just to be respected for the person that they are or were. 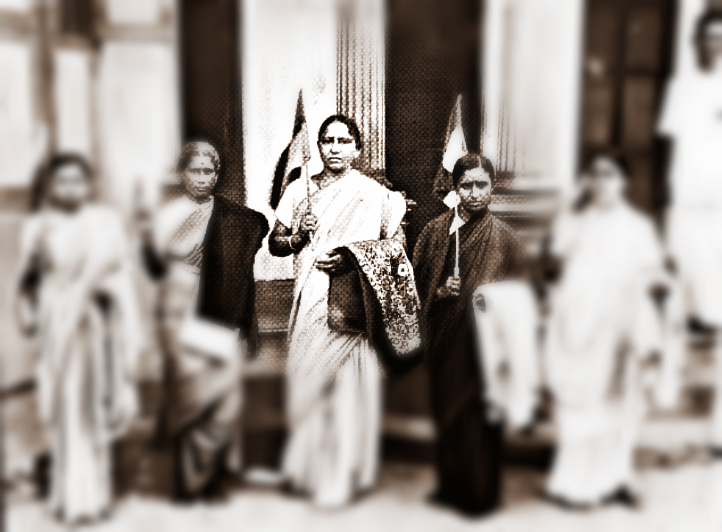 I hope you enjoy my first podcast in what I hope will be a series of podcasts and YouTube videos. As a Fashion Historian these podcasts and videos will give me a thinking space for the continuous thoughts about fashion that go through my head. I also hope that by listening to podcasts people will become interested and passionate about history, fashion and women’s history as I am! So please let me know what you think in the comments below or via Twitter or Instagram! Happy listening!