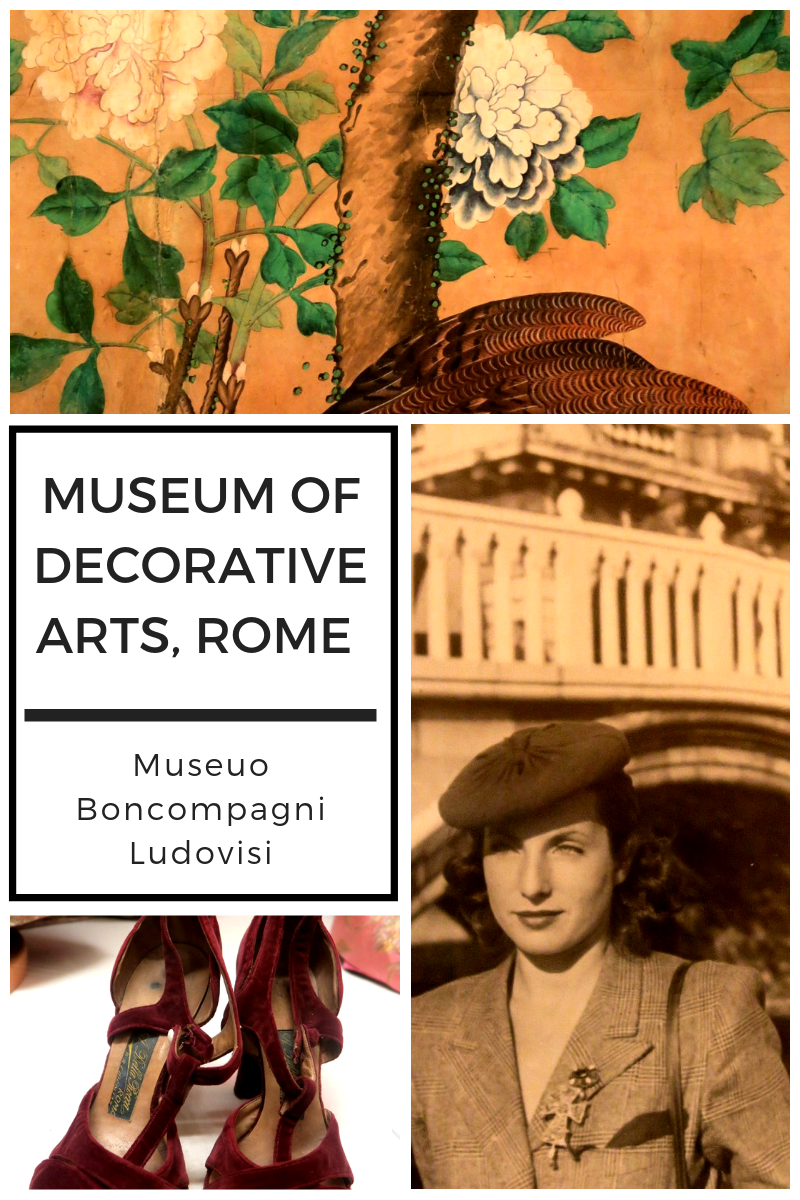 In one hectic week last October I was in Rome on the Monday on holiday and London on the Thursday for a conference. Within this week I had visited several museums, the Vatican AND the Coliseum. Phew. A lot of culture, even for me, in a very short space of time. One museum that I really enjoyed visiting was the Museum Boncompagni Ludovisi which is a satellite of the National Gallery of Art, Rome.

The Museum is the former home of Princess Alice and Adrea Boncompagni Ludovisi and was built in the late 19th century before being ‘modernised’ in the 1930s and finally being donated to the City of Rome after the Princess’s death in the early 1970s. The museum houses an eclectic mixture of 20th century Italian and international fashion pieces, accessories, paintings and other decorative arts alongside photographs and press clippings of the life of Princess Alice (pictured above in a full-length portrait). 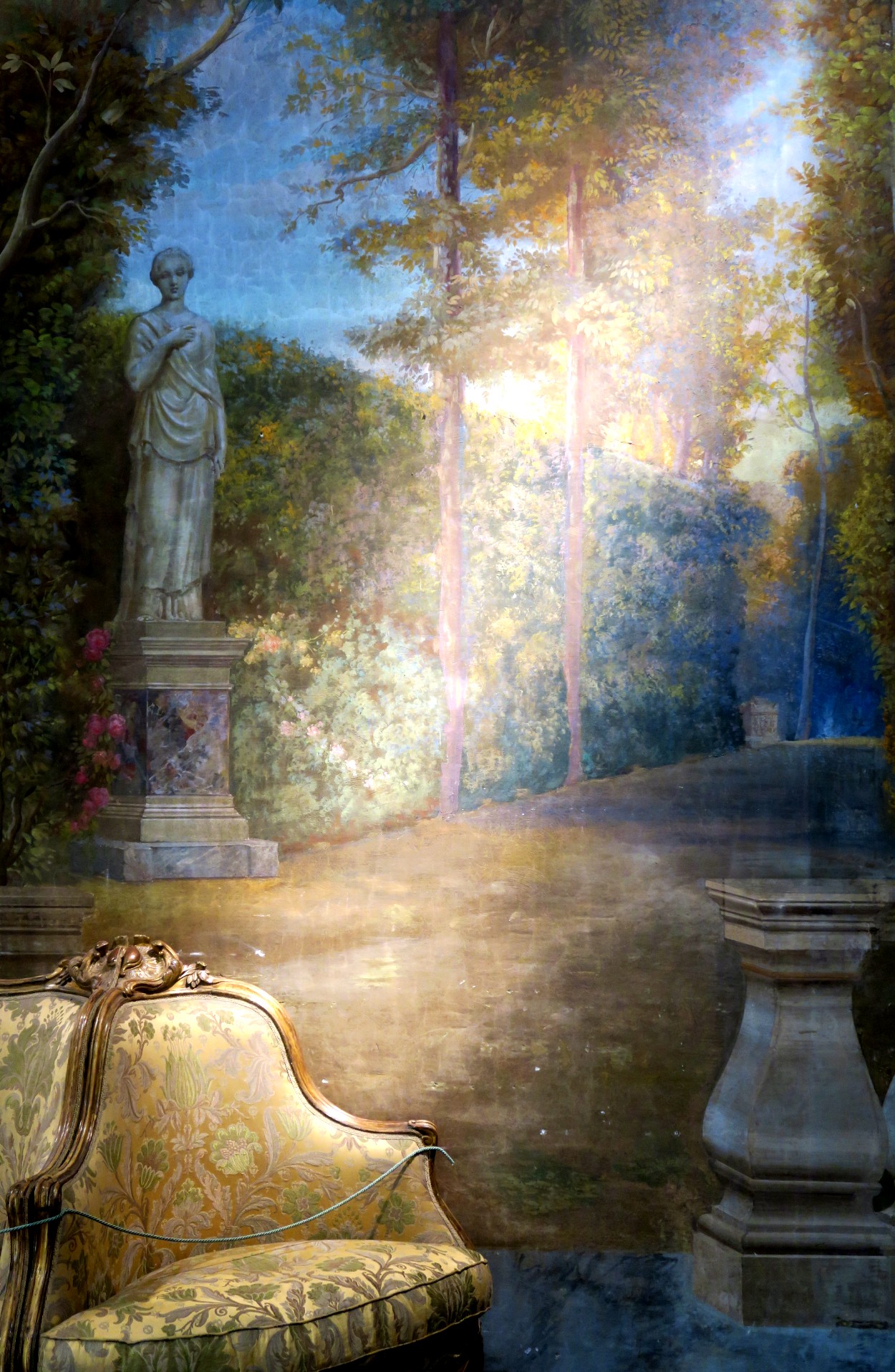 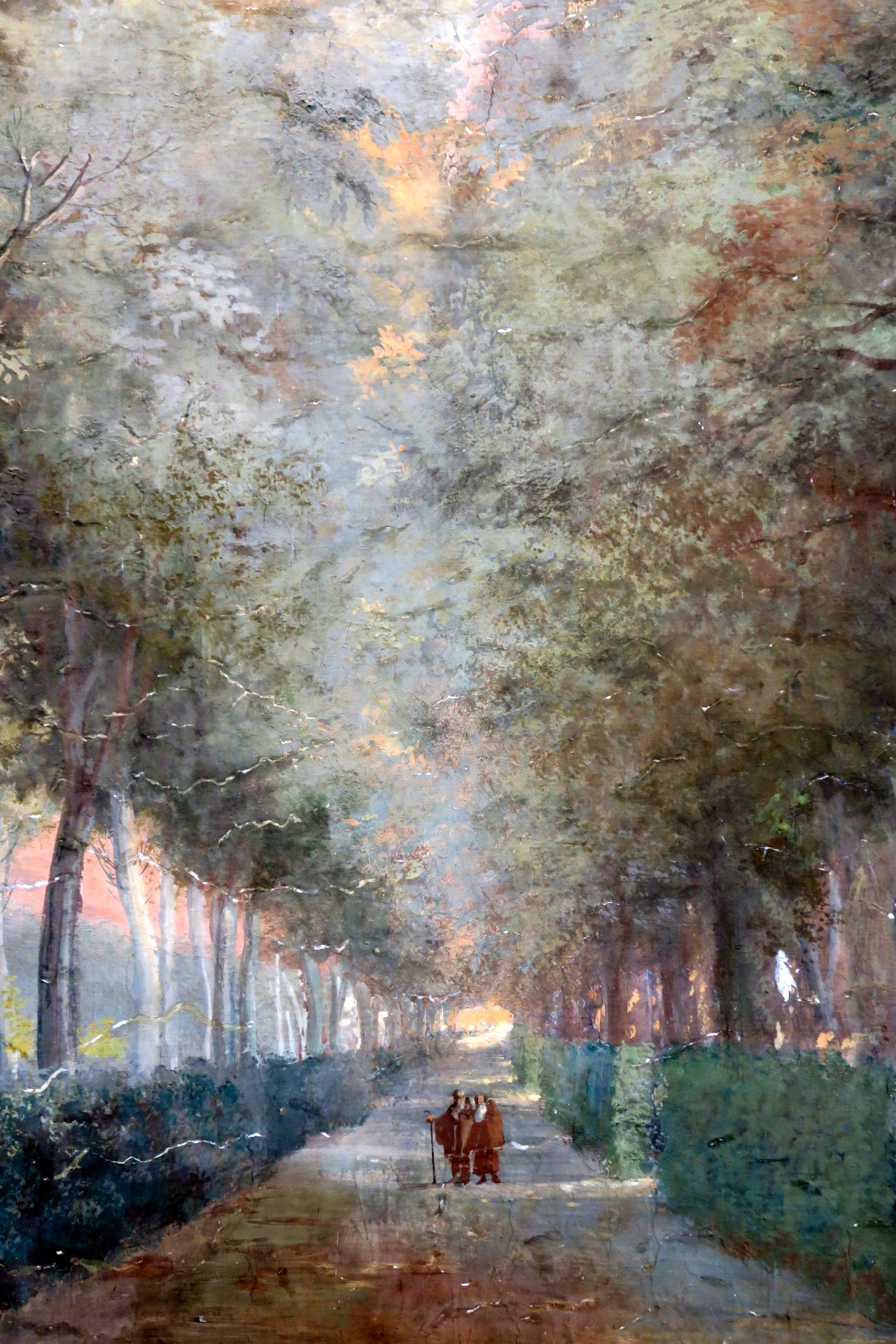 A selection of Italian fresco scenes from the museum.

The museum also hosts a changing rota of contemporary artists in it’s temporary exhibition space on the ground floor. The museum is free (!) and is relatively quiet after the hustle and bustle of other Roman attractions. On the ground floor there are numerous painted frescos on the wall and a room of hand painted Chinese wallpaper. 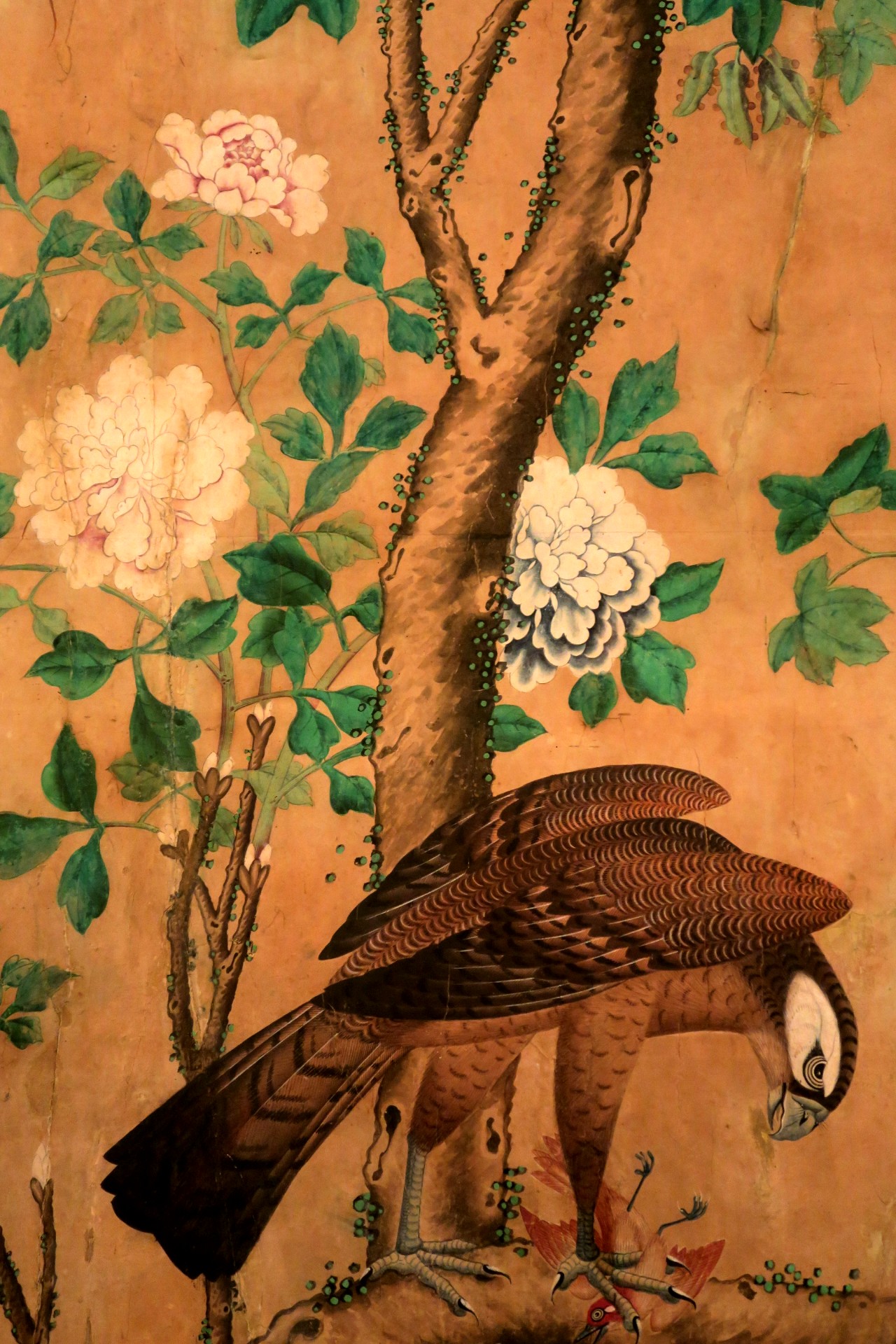 Besides the peace and quiet of the museum the highlights were un-doubtedly the exquisite original fashion pieces and accessories. My favourite dress was this mid-20th century dress by a couturier I’ve unfortunately forgotten the name of! Each sequin has been hand sewn onto the tulle skirt as can be seen in the close up of the skirt of the dress. 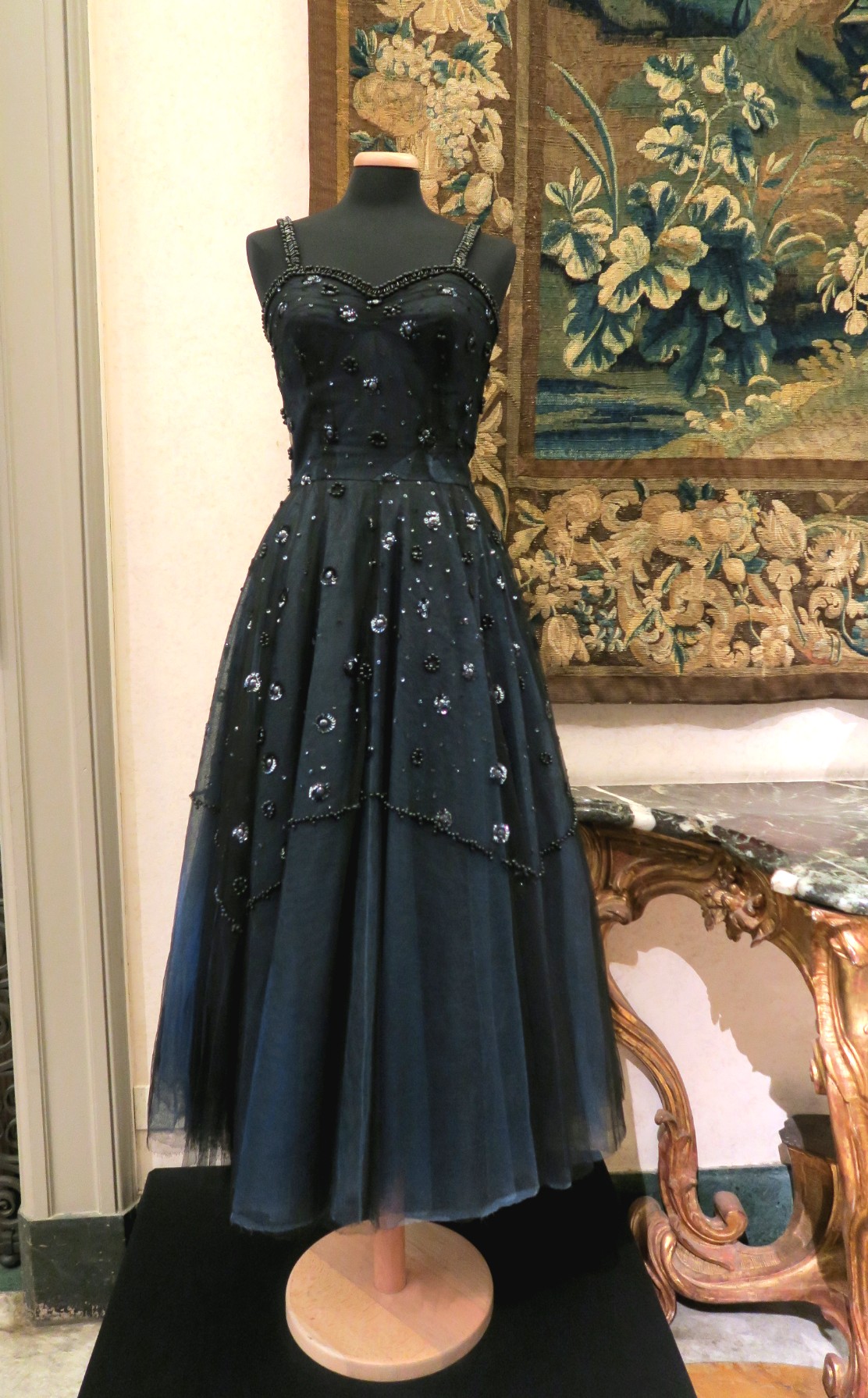 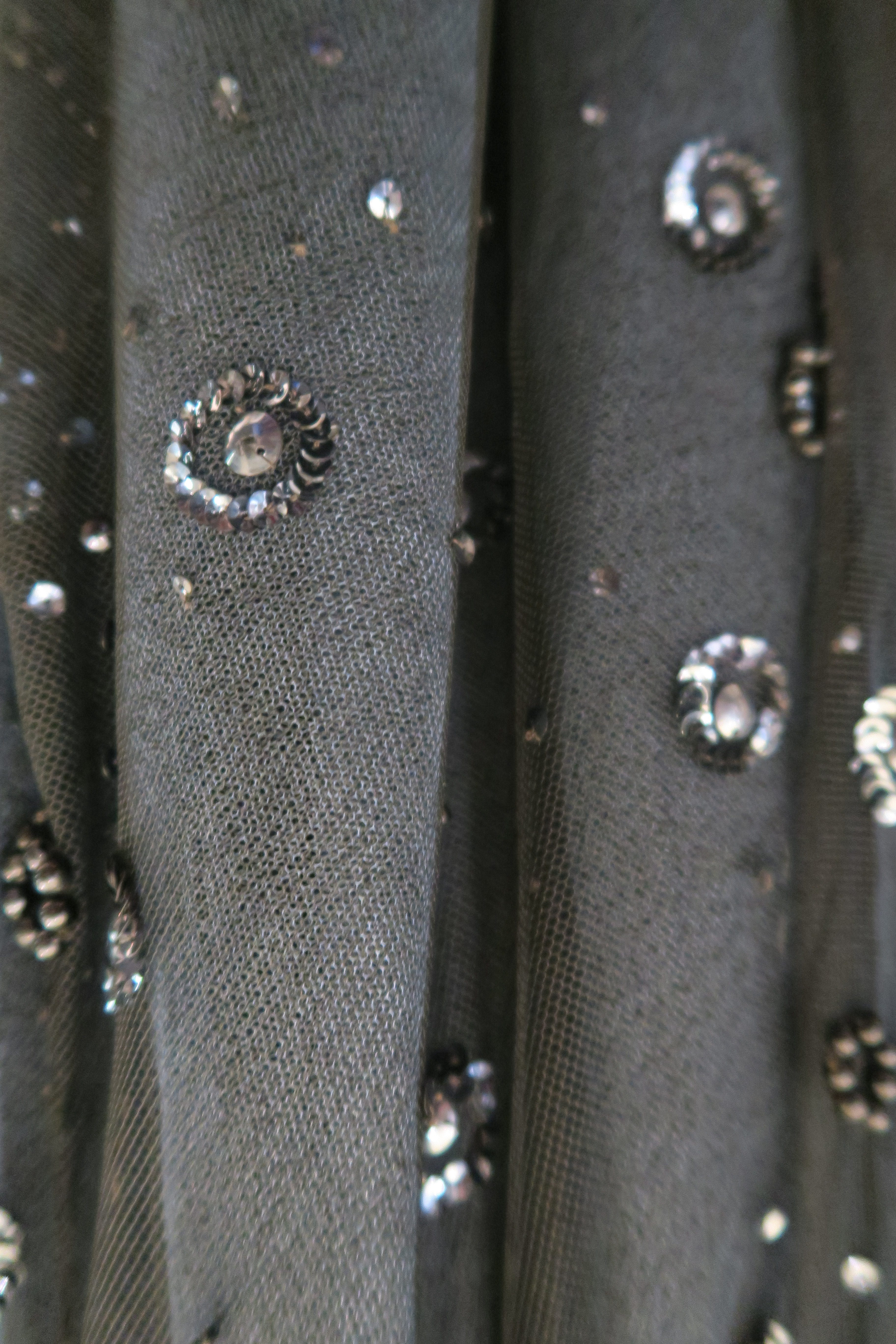 It was refreshing to see a display dedicated to Princess Alice and her role as a society hostess in early to mid-twentieth century Italy. Princess Alice was a daughter of a Swedish diplomat in Rome and despite being Swedish by birth spent little time in Sweden other than on holiday. From the little information I can find about her in English she is said to have frequented the couture houses of Europe before and after World War Two which is reflected in the fashionable photographs of her below. 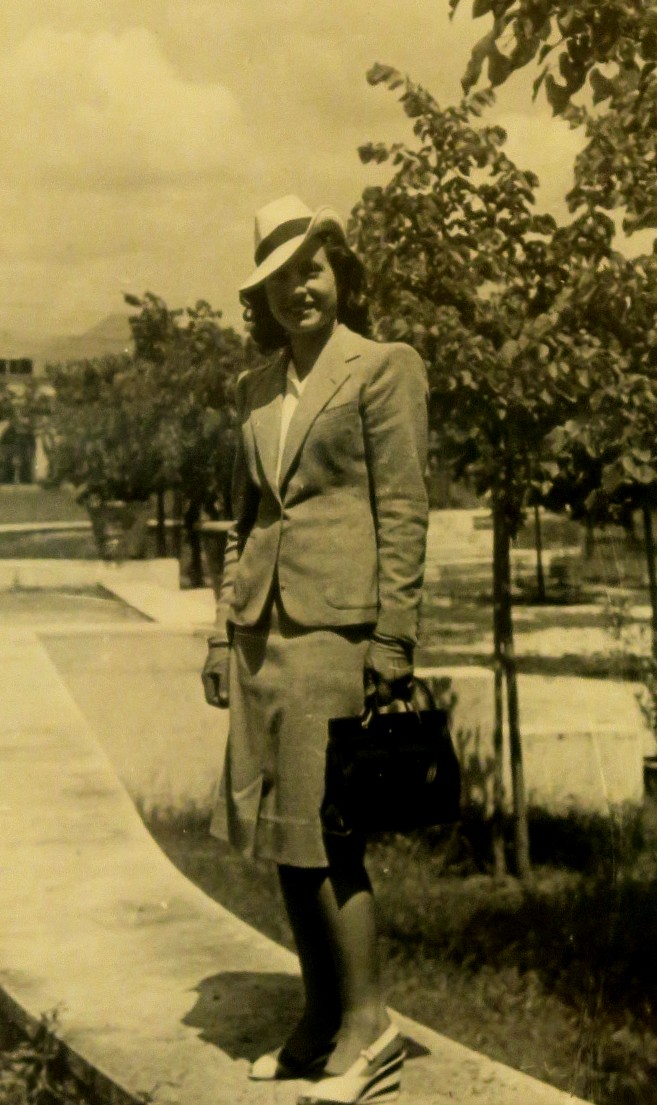 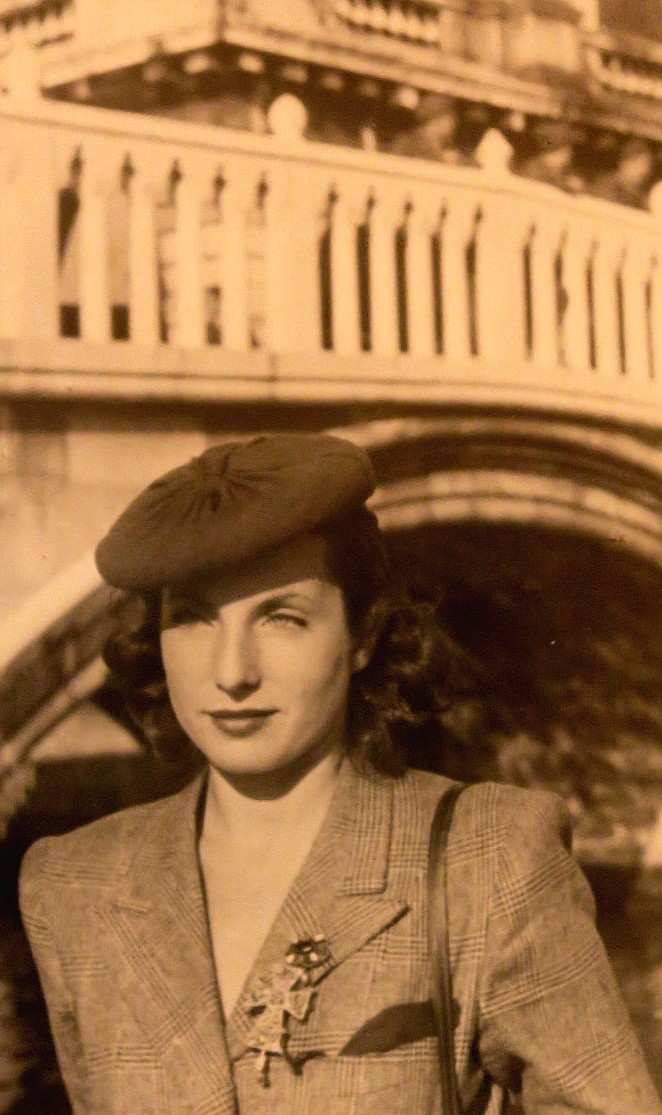 I mean just look at that last photo!? Have you ever seen someone look so good in a beret and tweed suit? I have come to the conclusion that Princess Alice is the visual embodiment of my past vintage self as in I bascially want her entire wardrobe and want to look glamorous wearing it just as she did! There are also some of her own personal dress collection on display juxtaposed with dress designs from various famous designers of the twentieth century including Dior, Schiaparelli, Fortuny, Ferragamo etc. 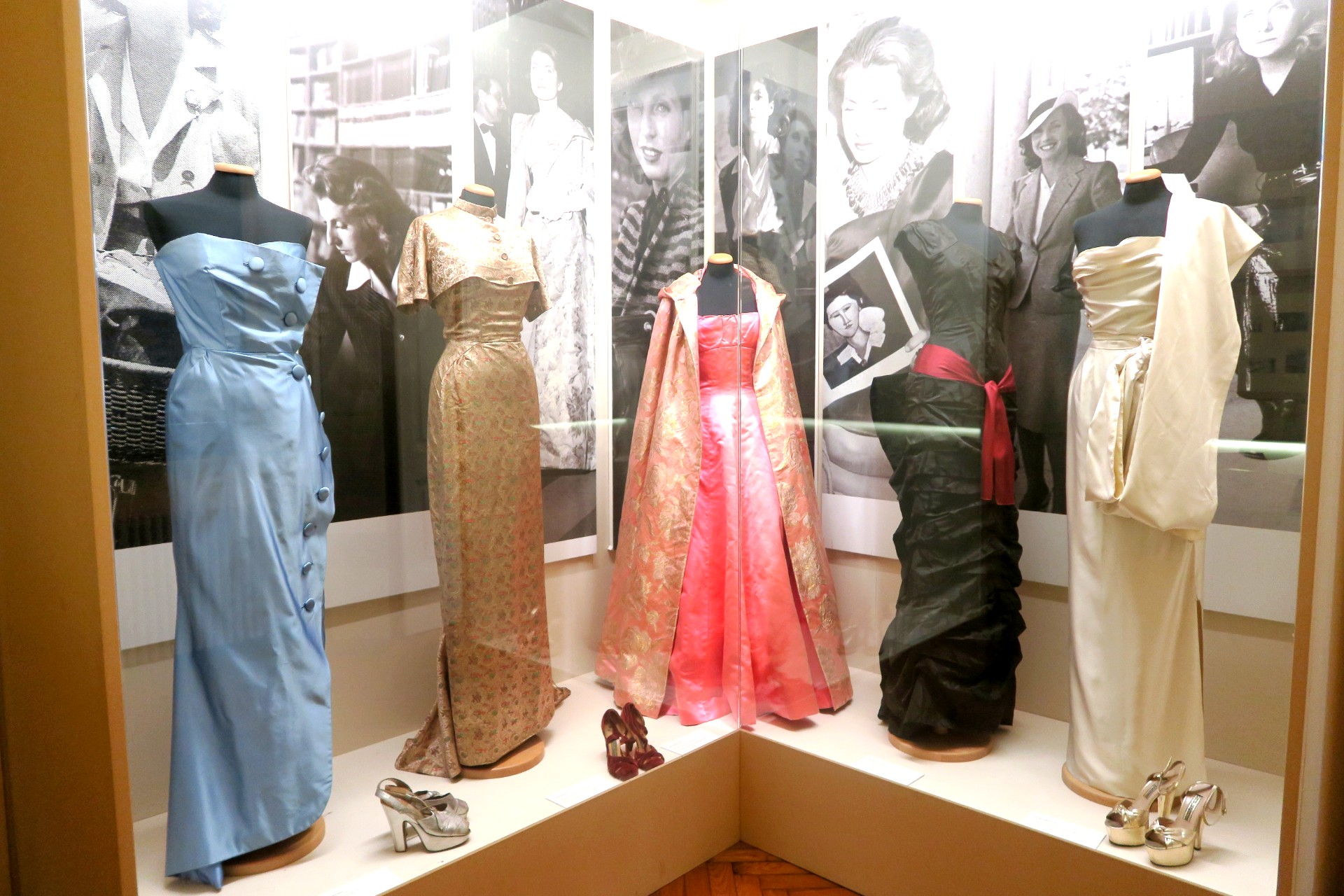 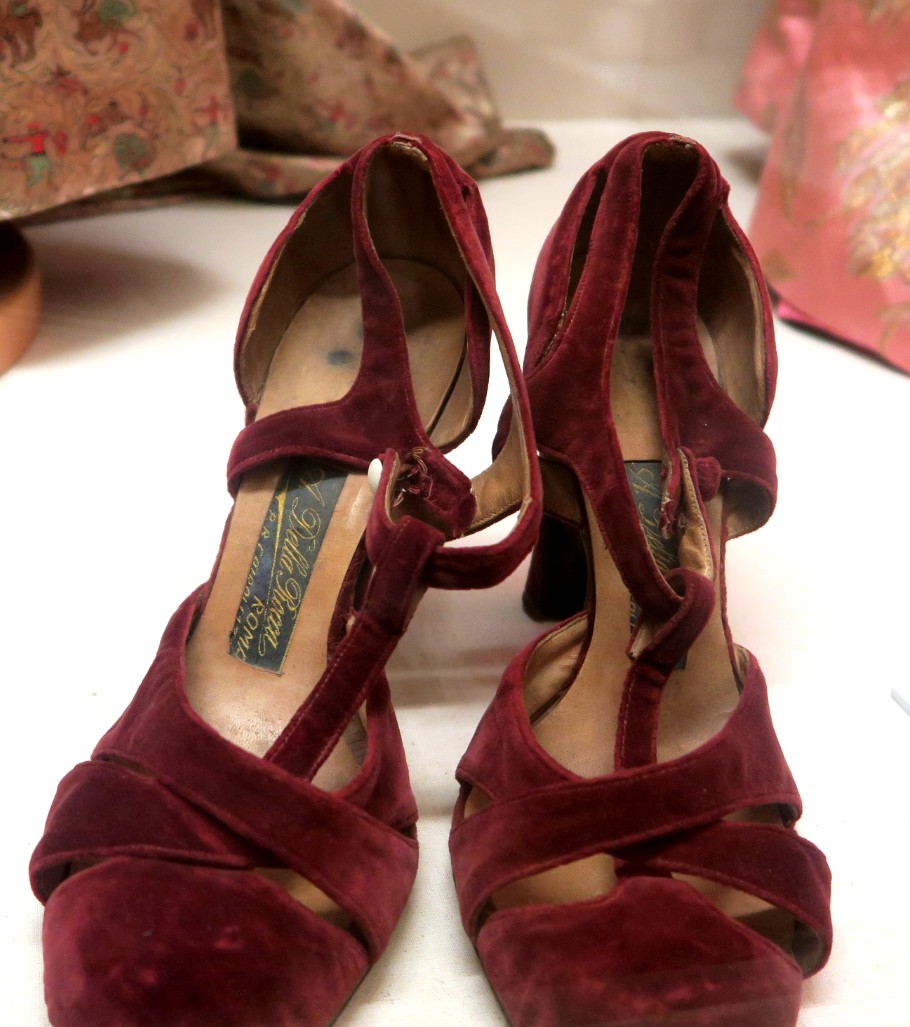 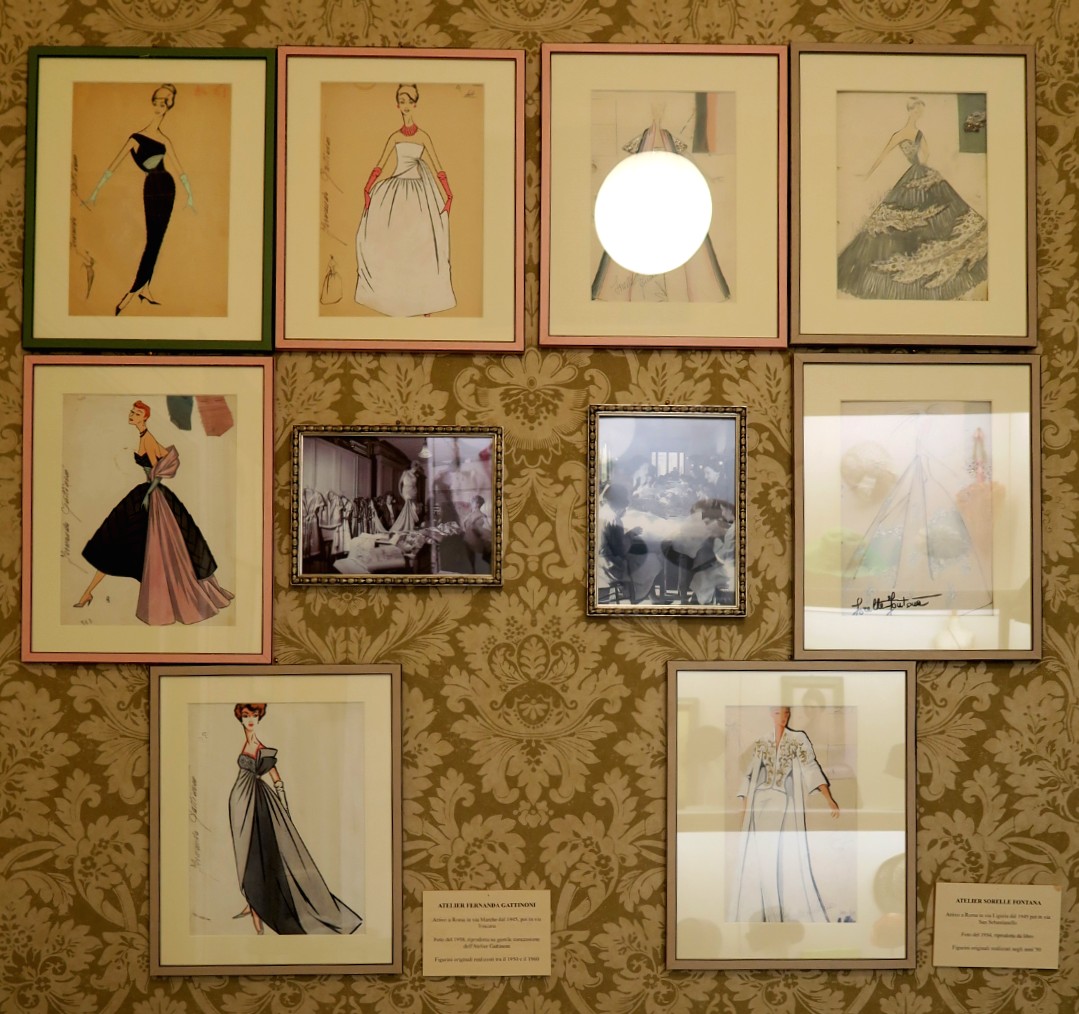 The museum is an eclectic mix of 20th century decorative arts and contemporary arts and I struggled to translate the Italian only exhibition texts without looking at Google Translate. Although the museum is definitely worth the visit if you want something quieter and cultural to explore when in the busy city of Rome (especially if you are a dress historian or fashion nerd such as myself!) More information on the museum (and some other reviews) can be found on the TripAdvisor page for the museum.