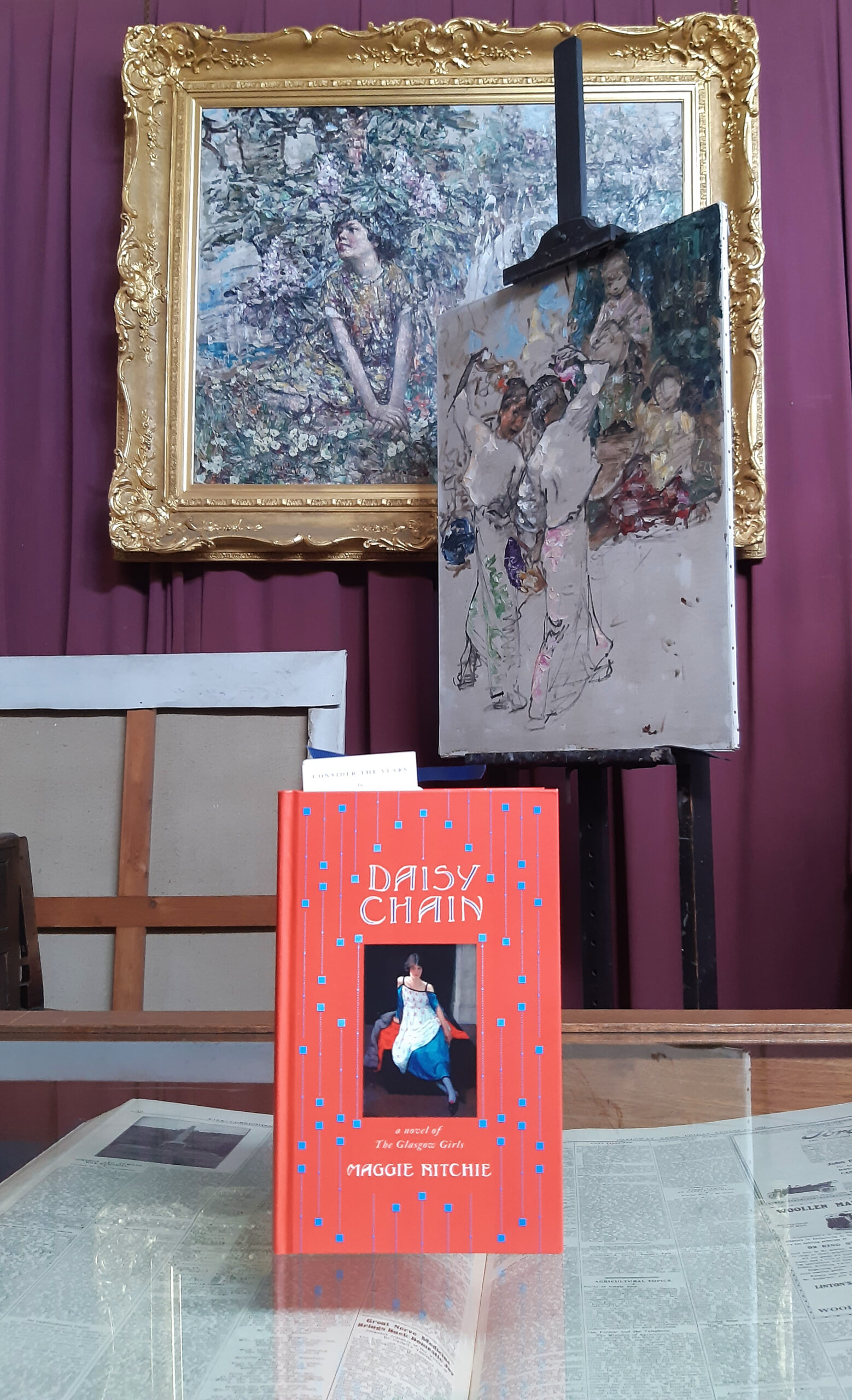 On my extended trip to Scotland last August I took time out to visit one of my favourite parts of Scotland; the small fishing village and artists town of Kirkcudbright, Dumfries and Galloway in south-west Scotland. I had deliberately picked up Daisy Chain: a novel of The Glasgow Girls by Maggie Ritchie which is set in Kirkcudbright as well as Glasgow and other foreign locations. 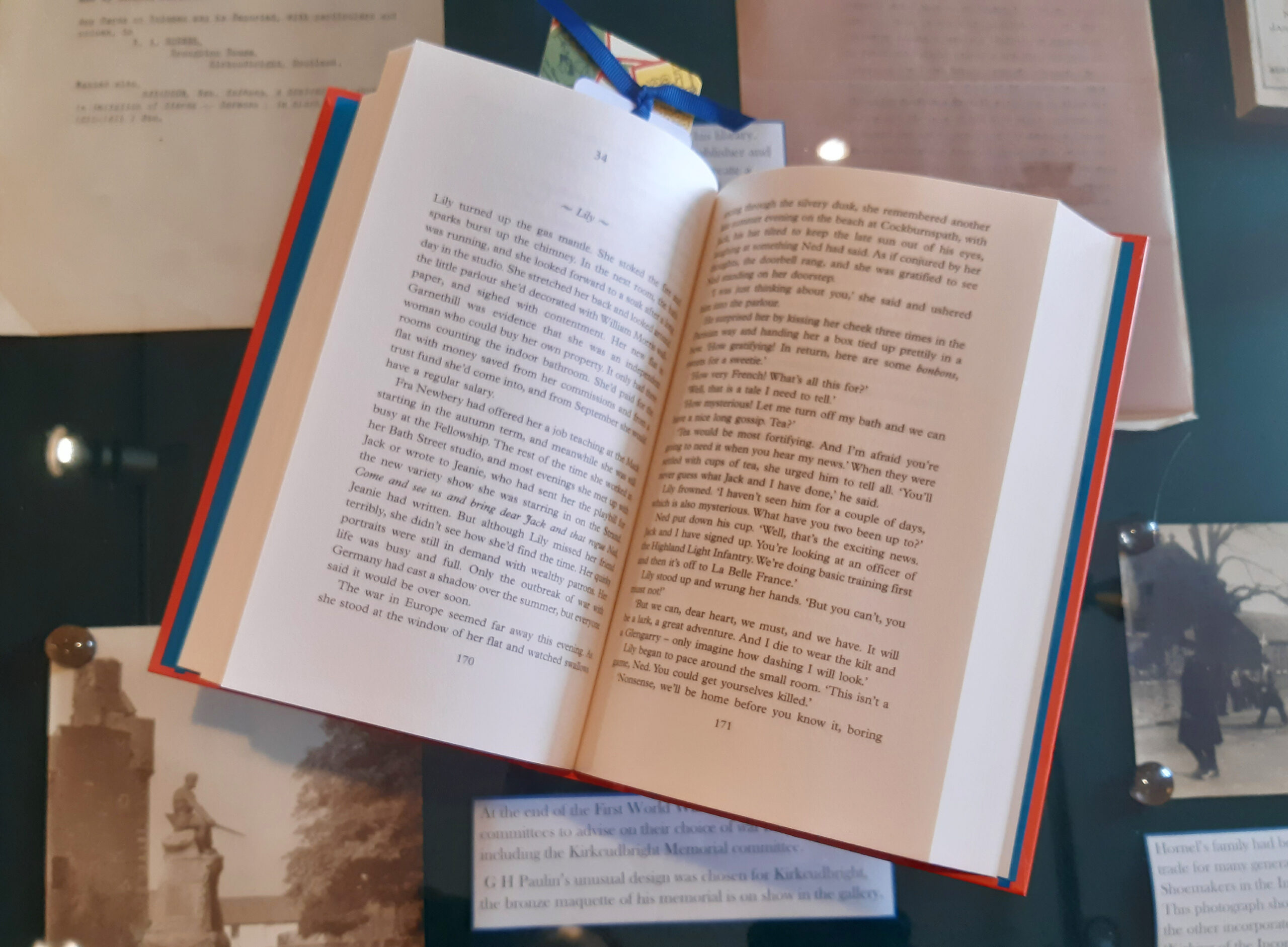 Daisy Chain tells the story of two young girls in early 20th century Scotland; Lily Crawford and Jeanie Taylor. Lily is the daughter of a middle class family whilst Jeanie is one of a number of children from a dis-interested single mother. Lily wants to be a painter whilst Jeanie wants to be a dancer; both unlikely careers for girls from a small town.

Jeanie runs away from home and starts her career as a dancer whilst Lily persuades her parents to let her go to The Glasgow School of Art or “The Mack” as it was known.  Jeanie and Lily re-connect after an absence of nearly ten years as their careers and lives progress. Jeanie has a child to Russian Viktor Ivanov and Lily marries Hugh a friend of her first love, Jack Petrie. 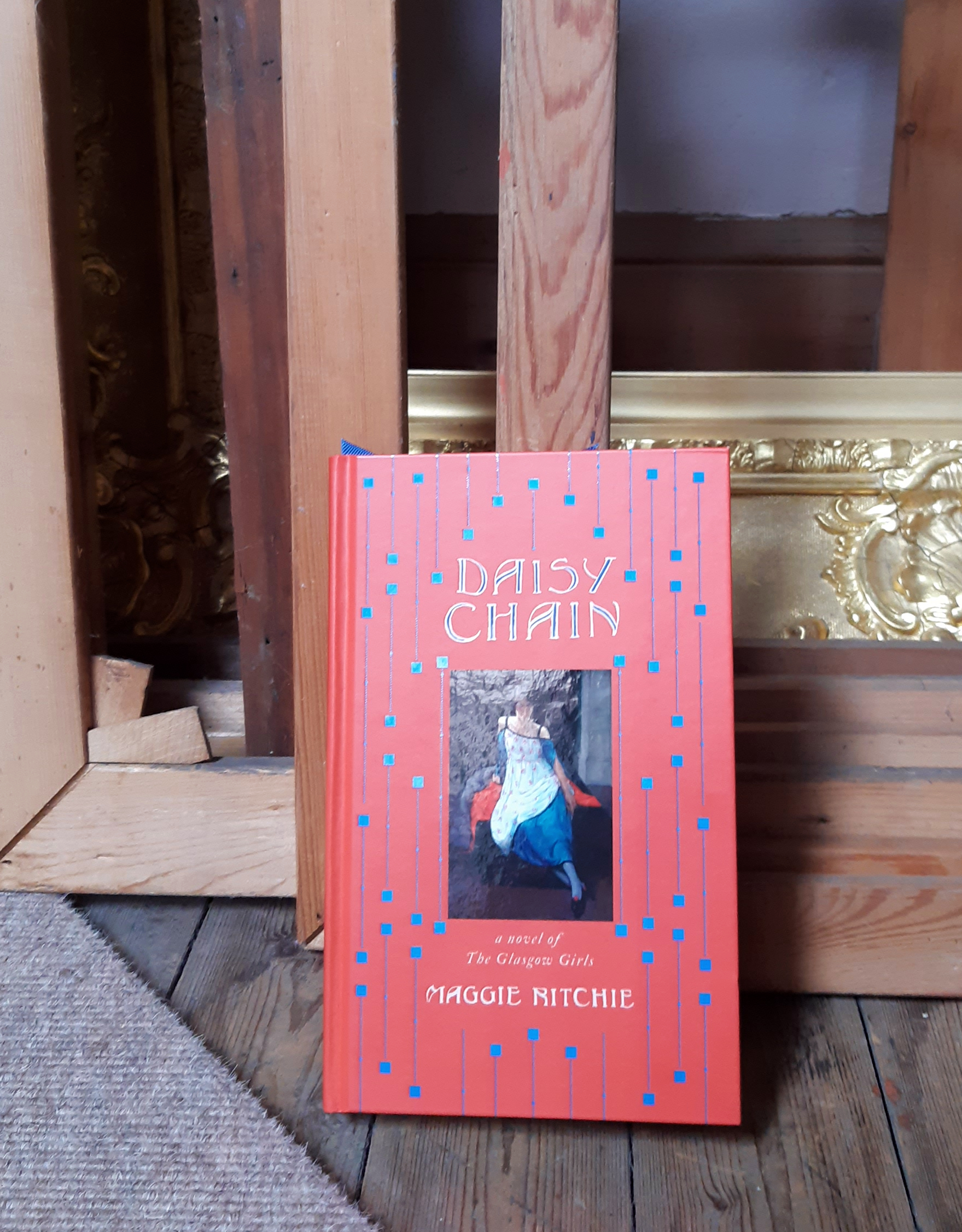 Lily and Hugh move to Shanghai where Lily has a child, a daughter, and begins to restart her career as an artist by sketching daily life in Shanghai. Though Shanghai is her and her husband’s un-doing she maintains her friendship with Jeanie throughout her time in Shanghai and her return to Scotland towards the end of the book. The cover of the book might appear to the reader initially that this story will be a ‘twee’ story of female friendship in early 20th century Scotland but this is far from the truth. Maggie Ritchie does not shy away from the darkness of human character and experiences with the increasingly unsettling behaviour of Lily’s husband, Hugh and his Christian missionary zeal. Additionally, Jeanie also has ups and downs with experiences from her past in Kirkcudbright she would rather leave behind. 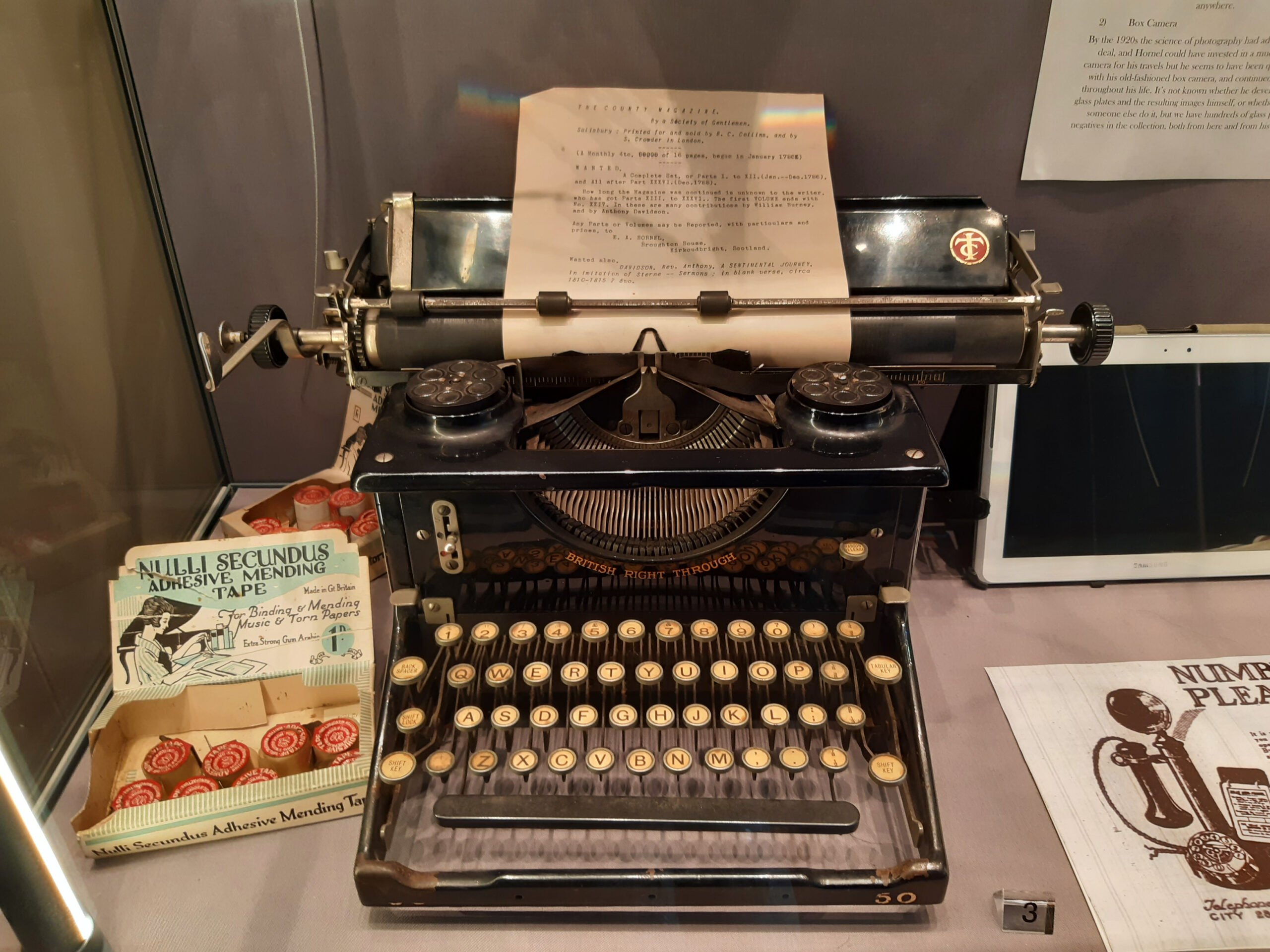 The characters of Jeanie and Lily develop and chance radically throughout the book from the small girls wishing about their future to the grown-up confident women who have shared trials and triumphs. The chapters alternate between Jeanie’s and Lily’s timeline and keep the reader on the edge of their seat waiting for the next bit of each character’s journey to unfold. However, I would say I did feel at times that Jeanie and Lily’s characters played into the ‘Poor Little Rich Girl’ and ‘Poor Girl Did Well’ tropes with some stereotypical behaviour reminiscent of other characters in books of the same genre. 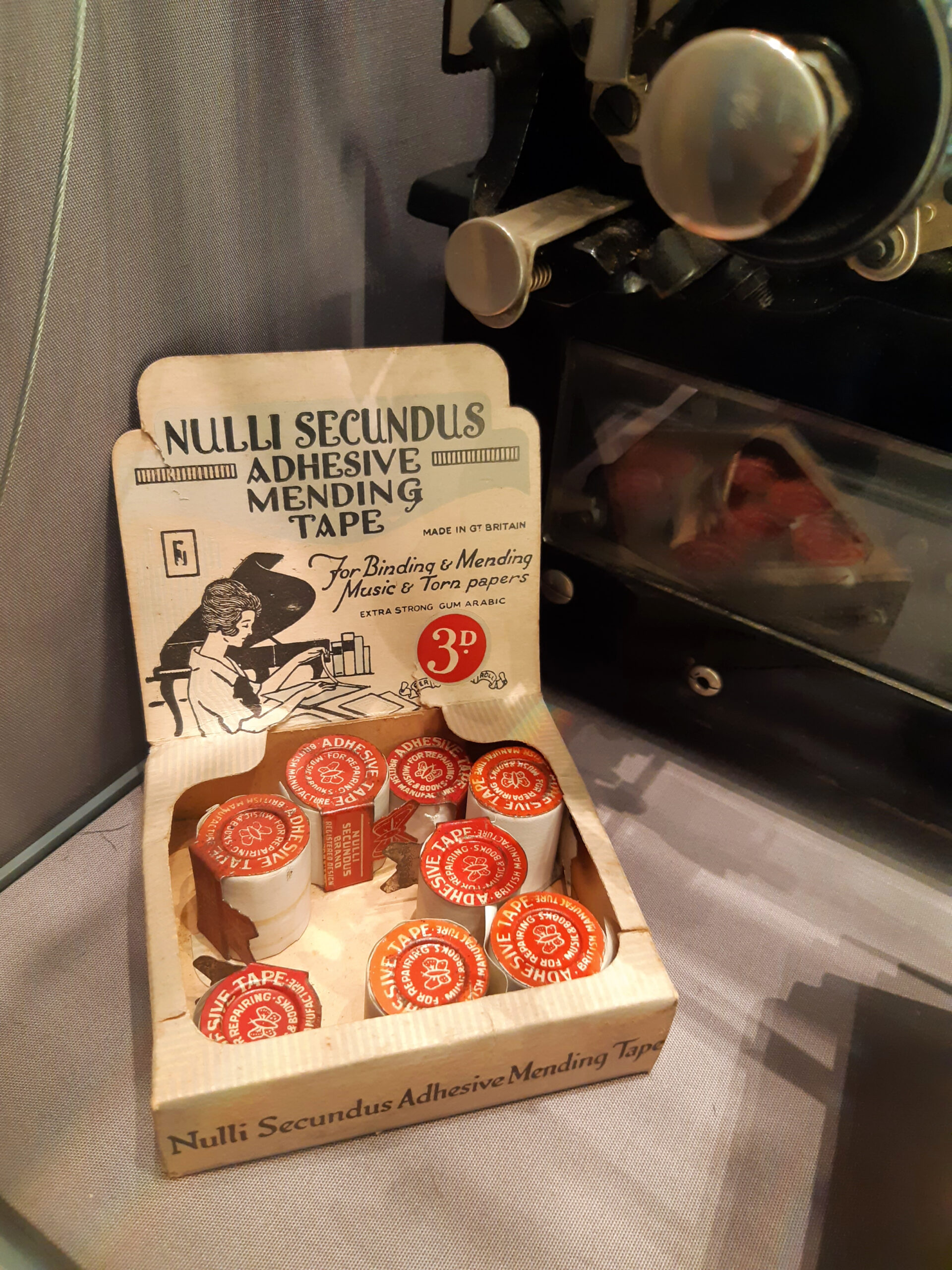 Although this small criticism on some aspects of Lily and Jeanie’s character this is the only criticism I have for the entire book as the setting, supporting characters, and in-depth knowledge and subtle changes of the lives of women in the early 20th century is succinct, masterful, and clever. Ritchie’s writing is accessible for any reader interested in stories centered on women’s lives whilst also maintaining interest for the generic reader at the same time. Similarly, the supporting characters and description of scenery in Scotland and Shanghai give the reader a written visual display of scenery that they may not be familiar with. 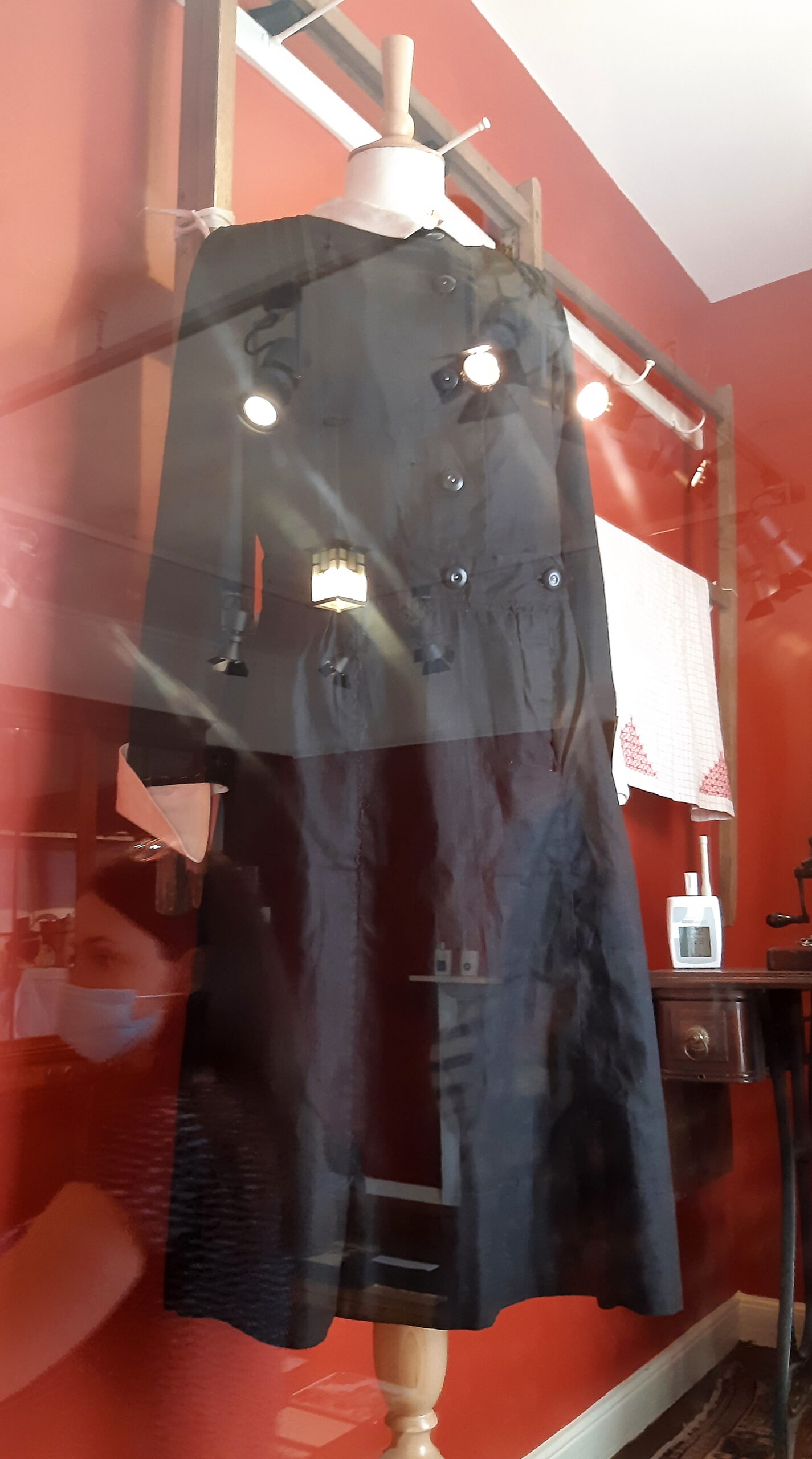 I was fortunate enough to visit Broughton House whilst visiting Kirkcudbright (fun fact I used to work there and is my ultimate happy place!) which is mentioned as the large home of an un-named artist in the book with references to his studio (seen above) and the library where Lily took lessons. The cover of the book is reminiscent of Charles Rennie Mackintosh’s Art Nouveau design for The Glasgow School of Art as well as the text being associated with the same era.

In an era when women like Jeanie where meant to serve in houses such as Broughton House, wearing a maid’s uniform like the one seen above, Jeanie went above and beyond anything her younger self expected – to become an internationally famous dancer. Lily, who if she did decide to work, may have become a typist using a typewriter like the one pictured above or perhaps an artists assistant binding his sketchbooks and reference books like the young lady illustrated in the advertisement for, ‘Nulli Secundis Adhesive Mending Tape.’ In Daisy Chain, Lily started to become a famous artist in her own right and exhibited her work in Shanghai before events led her back to Scotland. Who knows what the future would have held for her?

If you are interested in the lives of women in the early 20th century, in Scotland or other countries, I would highly recommend Daisy Chain as a fun, informative, and inspiring read to add to your list. If like me you will be inspired to paint or dance after reading this book then Daisy Chain is definitely for you! 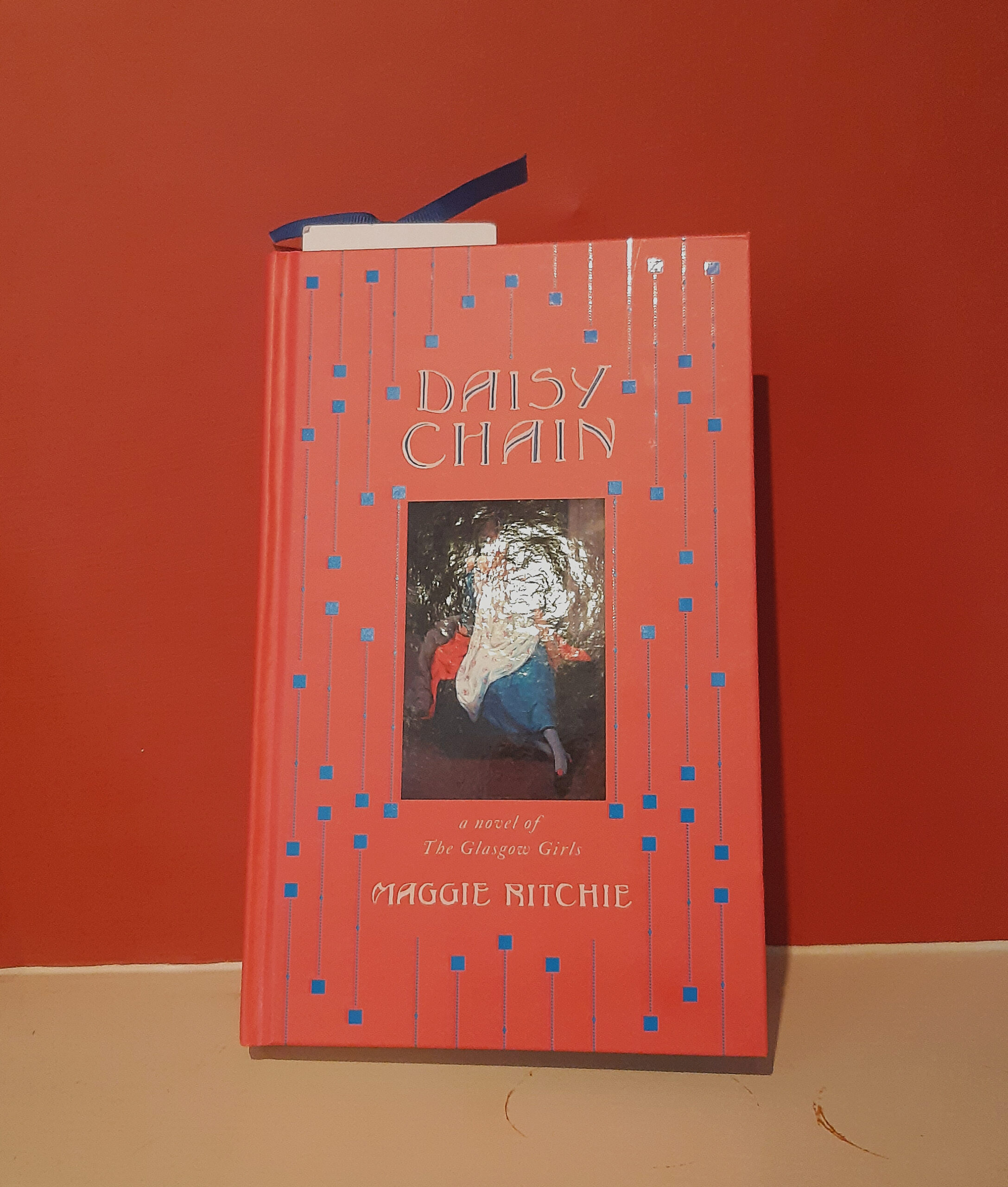 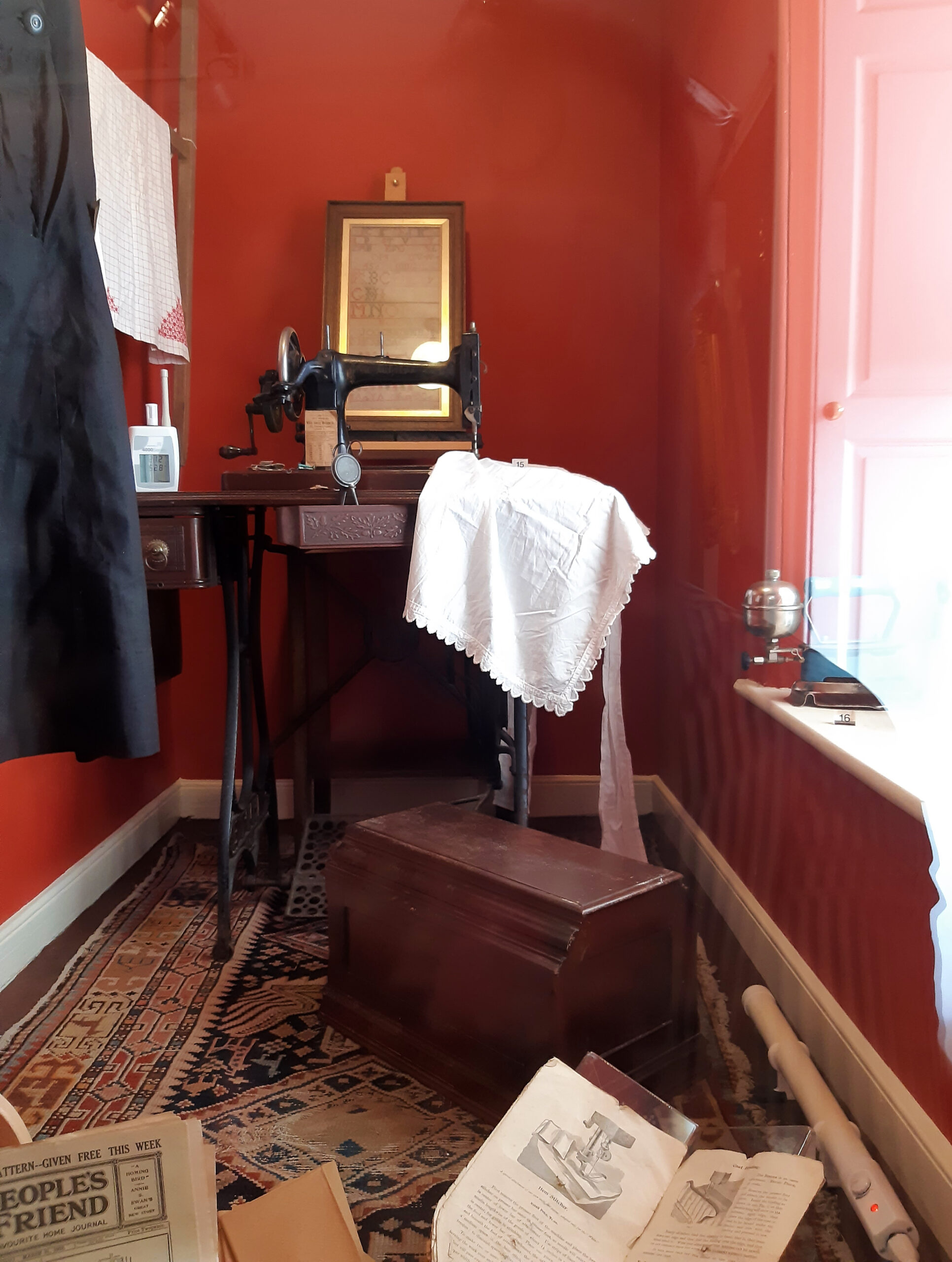