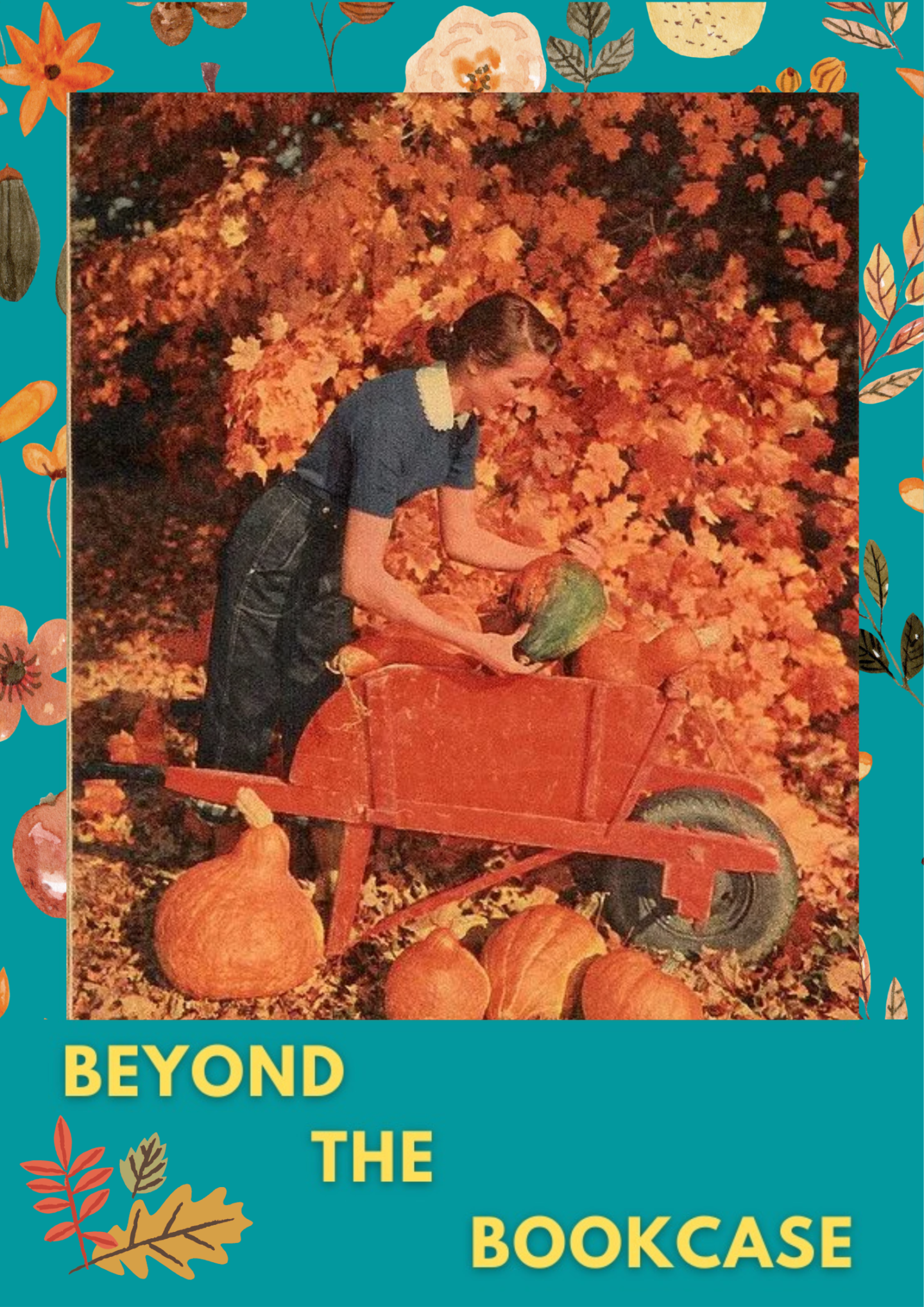 As the days get shorter, and the nights draw in and everyone is now back at school or university what better than to settle down with a series of books set in the home of all things autumn and fall related, New England? The ‘Truly Devious’ series of books (the fifth book is set to be released in December of this year) by Maureen Johnston are set in the Ellingham Academy near Burlington, Vermont. The Ellingham Academy is a school for gifted children who otherwise don’t fit into the normal schooling system. Autumn leaves, maple syrup, and murder await the enthusiastic reader! 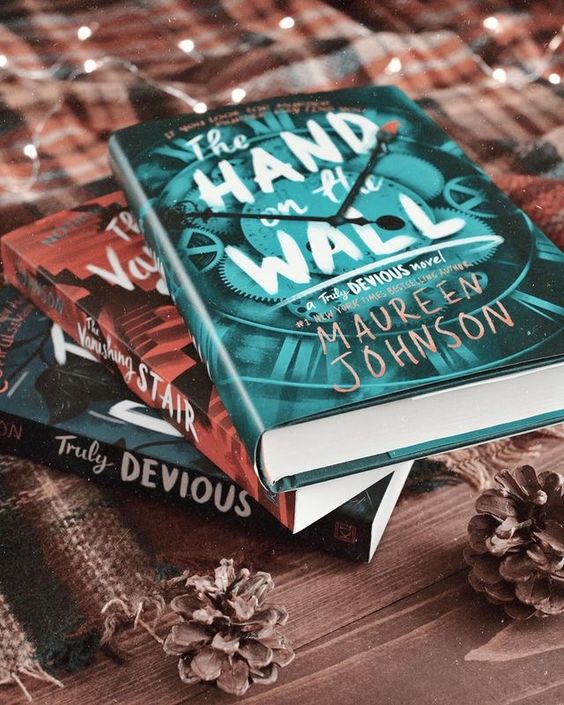 The main character of the book is Stephanie (Stevie) Bell a seventeen year old high school student from Pittsburgh who is obsessed with crime especially the infamous Ellingham murders and kidnappings that happened when the school first opened in the mid-1930s. Ellingham Academy was built by multi-millionaire philanthropist Albert Ellingham to educate the most brilliant and brightest minds irrespective of class, religion, or race completely free so that they could learn at their own pace in the surrounds of beautiful Vermont. Unfortunately, for Albert his money and fame could not stop the kidnapping of his wife Iris Ellingham and daughter Alice Ellingham during the school’s first year of teaching.

The name of the series comes from the ‘Truly Devious’ letter sent to Albert Ellingham days  before his wife and daughter were kidnapped depicting different ways of murdering people in chilling letters cut and pasted from magazines and newspapers. Albert had a fondness for riddles, jokes, and hidden passages (the school was originally built with lots of hidden underground passages across the campus) but unfortunately the joke was on him when his family disappeared. Fast forward eighty years and Stevie Bell has just become a freshman student at Ellingham academy hell bent on finally solving the Ellingham murders and kidnapping that have fascinate the world ever since. 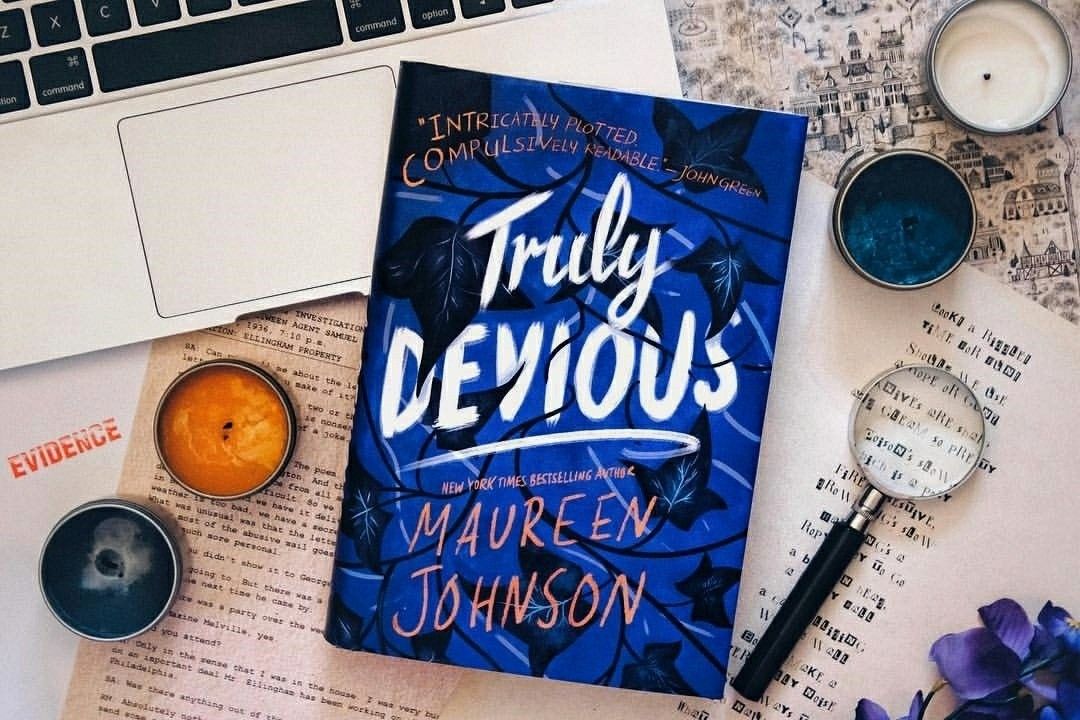 With echoes of Agatha Christie, Josephine Tey, Dorothy L. Sayers, and Arthur Conan Doyle the reader can see how Maureen Johnston has been inspired by classic Golden Age murder mysteries with tropes found in these books utilized throughout the Truly Devious book series. In the second book Stevie even dresses up as Hercule Poirot whilst another character dresses up as Sherlock Holmes. At times characters other than Stevie can feel stilted and stereotyped; the teenage recluse obsessed with Lord of the Rings, the Vintage fashionista, the sulky, handsome, male romantic interest for Stevie.

The stiltedness even comes in the form of how the characters sometimes interact with each other with stereotypical responses to questions expected from their typecast persona. Despite this the setting, pace, and setting of the truly devious books give the reader a feel of building tension and intrigue as Stevie continues to solve the Ellingham murders even though new tragedies seem to occur around her on a weekly basis. The series spans four soon to be five books with the world building getting better with each book albeit with the same pigeon-holed characters unfortunately appearing in the books. However, I would say these books are a must read for anyone who loves YA, murder mystery, and dark academia fiction with a trace of the Golden Age murder mysteries of Christie and Conan Doyle. A fantastic read for autumn when it’s cold and miserable outside and all you want to do read is a cosy modern murder mystery!