Three weeks ago I was in Liverpool for the Museums Association Conference 2013. I also visited many galleries and museums whilst in Liverpool. I have written about my experience at conference here: Part 1 and Part 2. This blog post is a continuation of my visit to The Walker Art Gallery which I have wrote about here. In my first post I discussed the permanent gallery and collection on the ground floor of the Gallery. This post shall continue to discuss the permanent exhibition as well as the painting galleries and temporary exhibition space.

After the collection of items imported and exported from the Albert Docks, came the ‘Tinne Collection’ of costume from c1910 – 1940. The collection belonged to a wealthy doctor’s wife , Mrs Emily Tinne. Mrs. Tinne married Dr. Tinne in 1910 and had 7 children in quick succession. Emily had nannies to look after her children so would regularly shop in Liverpool’s exclusive department stores. Her collection covered day wear, evening wear, beach wear, children’s clothes etc from the rapidly changing fashions of the 1910-1940 era.

Her clothing items were donated by her eldest daughter in the 1970’s, the remainder coming to the museum in 2000 when the daughter passed away. Emily never wore the majority of the clothes because of her continuous pregnancies. Mrs. Tinne is considered what we modern audiences would call a ‘shopaholic.’

Another theory to why she bought so many clothes in the inter-war period was because of tough economic times. Mrs. Tinne wanted to support less well off people.  The so called ‘Shop Girls,’ of the era worked only on commission and having a regular customer such as Mrs. Tinne would have meant a steady income.

I must say that the layout and composition of the textiles is one of the best textile layouts I have seen in museums. The costumes were on era appropriate mannequins to give you an idea of the ‘shape’ of the 1910’s – ‘1940’s. There was clear, precise exhibition text with information on the material, designer and were the dress was bought from. Some of the dresses were exquisite- I would have killed to own some of the ball gowns! Below are some of the highlights of the dresses:

After the display of dresses was a small seating area with books about Mrs. Tinne published by the museum and information on the Tinne family. There were large exhibition panels with pictures and information about Emily and her family. I thought this gave an interesting personal touch to the dress display. It made it feel more ‘human.’ As in there was a personal and family history behind the dresses. Below you can see the seating area and exhibition panels I have described. Mrs. Tinne was indeed a most beautiful and fashionable women!

Exhibition panel on the Tinne family of Liverpool.

When my other half and I were finished with the permanent collection we moved upstairs to visit the paintings gallery and temporary exhibition space. The painting gallery has paintings from the medieval era up until the modern day. There is a vast collection of Pre-Raphaelites including some Dante Gabriel Rosetti’s! There was also a small collection of Impressionist paintings. Including one of the ‘Washer Women’ pictures by Edgar Degas (my favourite artist ever!)

I did not take any pictures in this gallery as I don’t really like taking pictures of paintings without prior permission. I did however take a picture of an interesting way to conserve a painting in a gallery setting. The painting beside the Degas painting had a screen over it that you lifted up to view and replaced once viewing. I thought this was a novel way of conserving items yet still having them on display. I think this picture below better conveys what I am trying to say!

We also visited an exhibition on the influential British artist David Hockney whilst we were at the Walker Art Gallery.  The exhibition was entitled ‘David Hockney: Early Reflections.’ The exhibition concentrated on the early years of his career, most notably the swimming pool paintings that he became famous for. I have no pictures of the paintings themselves, but the picture below gives a flavour of the type of work on display. 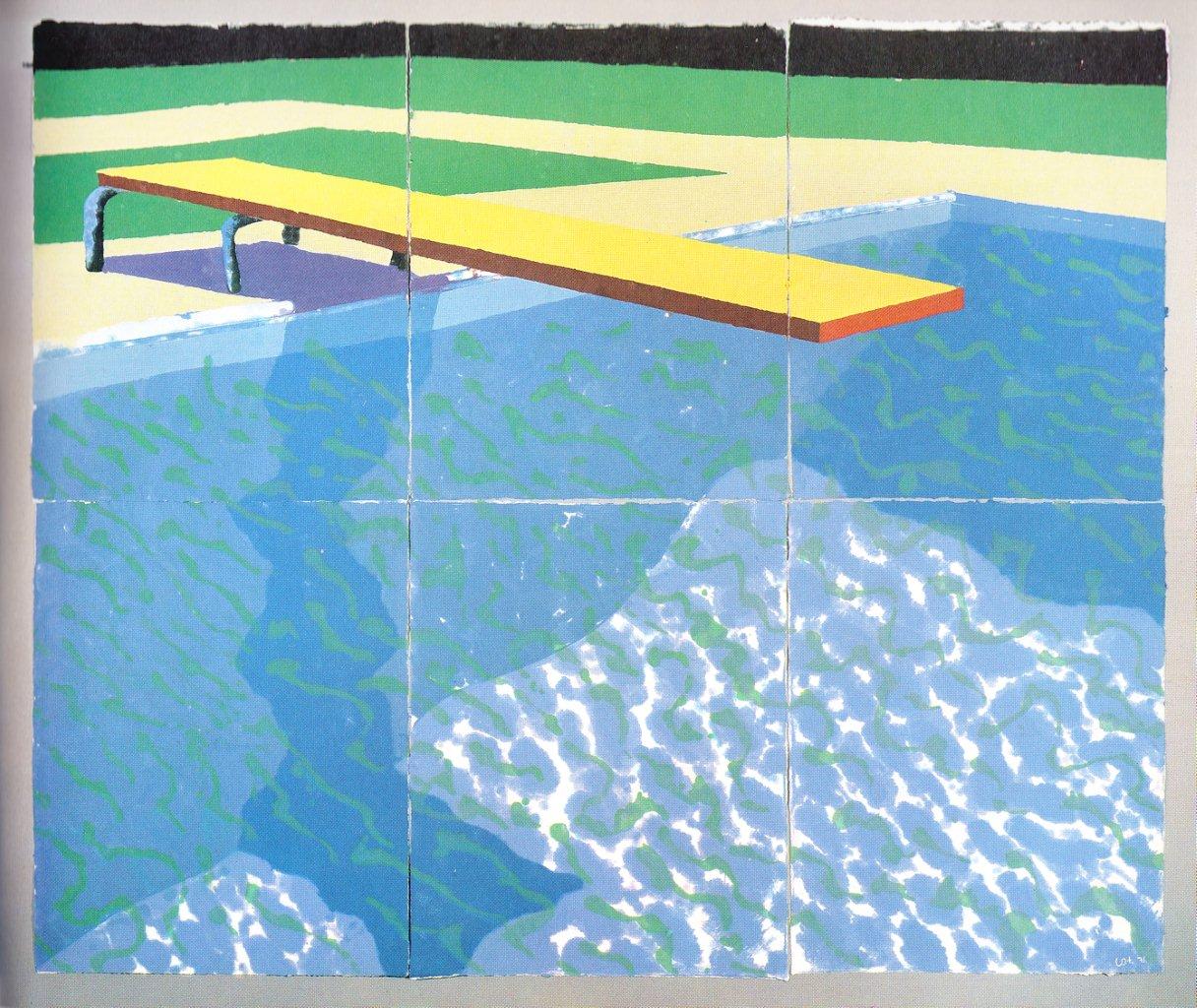 Out of all modern British artists, I do admire David Hockney greatly. Especially, his ‘Swimming Pool’ period. His work, in my opinion, is akin to the latter stages of the Impressionist movement in the late 19th Century. The soft pastels and rounded edges are very impressionistic in form, shape and manner.  The exhibition was excellently laid out with clear way finding signs and information on the individual paintings and artists life.

Though what I liked the most about the exhibition was the chance for the public to feedback to the museum their own impressions of the exhibition and David Hockney! There was one large room to the side of the exhibition space with a large white wall with the words ‘Tell Us what you think!’ written across it. There was a collage of different coloured post it notes people had posted on the wall with their impressions. I find that this way of asking for feedback from the general public should be used in more museums. After all they are the people who keep our museums open! The pictures below are a selection of my favourite responses:

Obviously not written by me but a little girl called Rachel!

I also found interesting that on doors, on pop ups and on leaflets nearly everywhere in the gallery people were encouraged to interact with the gallery via social media. I have not seen this in nearly any galleries or museums I have visited outside of London, bar a few in Dublin, Ireland. I think that the promotion of interaction via social media is a key thing for museums to use and include in their museum practice. I really do feel like the Walker Art Gallery is leading the way in using current trends and themes in modern museum practice. Below is an example of one of the ‘Twitter Stands.’

I think a lot of museums could (and should) take lessons from the Walker Art Gallery in Liverpool. Here is a what some would perceive a ‘traditional’ gallery to be using modern museum practice to turn what people think a museum should be on its head. It is modern, interactive, forward thinking in it’s approach to displays and social inclusion. The gallery obviously values it’s audience greatly and takes on board their feedback and ideas. I think if you are ever in Liverpool, take the chance to see the gallery and experience it for yourself. It is definitely a fantastic gallery space!