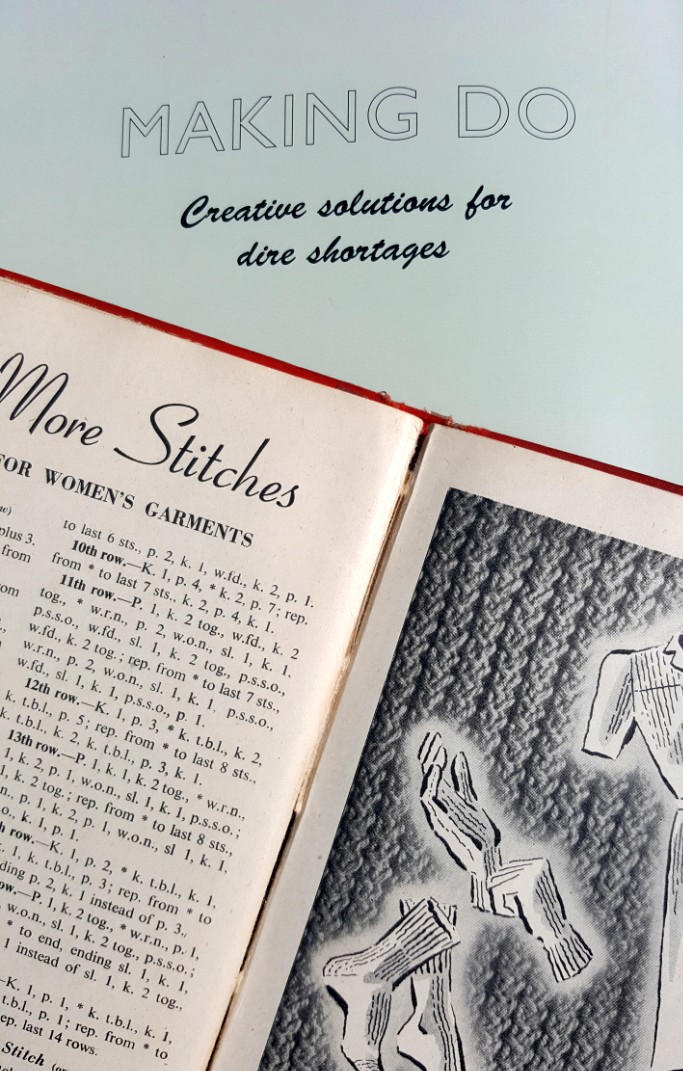 Scrolling through my Instagram Stories feed and I’m seeing more and more of the Instagram users I follow discuss fast fashion and remedies to combat the growth of this industry through recycling, re-using, and re-making.  These methods are sometimes presented as a new way of tackling consumption in fashion and are effectively, the new ‘Make Do and Mend’ of the twenty-first century. However, these methods are not new or novel and I will discuss in this blog post ‘Make Do and Mend’ is the ‘original’ ‘Anti-Fast Fashion Movement.’ 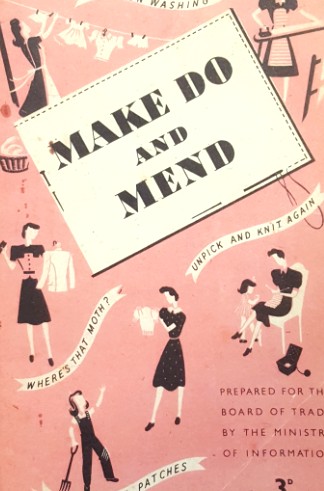 This blog post looks at my personal perspective of ‘Make Do and Mend’ (the British Government’s initiative to save clothing and clothes during World War Two; more on the history of the campaign in the next blog post!) which was for generations just a normal way of life for the average person up until relatively recently. Thankfully, it is slowly changing back to the way things where as people realize more about fast fashion and its impact on our enviroment. This is where ‘Influencers’ can use their influence for good; combating the wastage and usage of natural resources that comes from producing cheap clothes that don’t last more than three washes.

I’m as guilty as everyone in the past of buying cheap clothing due to budgetary constraints or plainly not being aware of what has gone into making my cheap Primark dress. However, where I do differ is that I have always tried to mend these clothes or re-cycle them into something else and failing that using the rags for cleaning with until there is nothing left. I also try to buy vintage and second-hand whenever possible to combat my carbon footprint as a fashion consumer. I am definitely different from the majority of my generation (hopefully that is changing) in that my family and me have always re-used clothing either by re-making it or mending it. 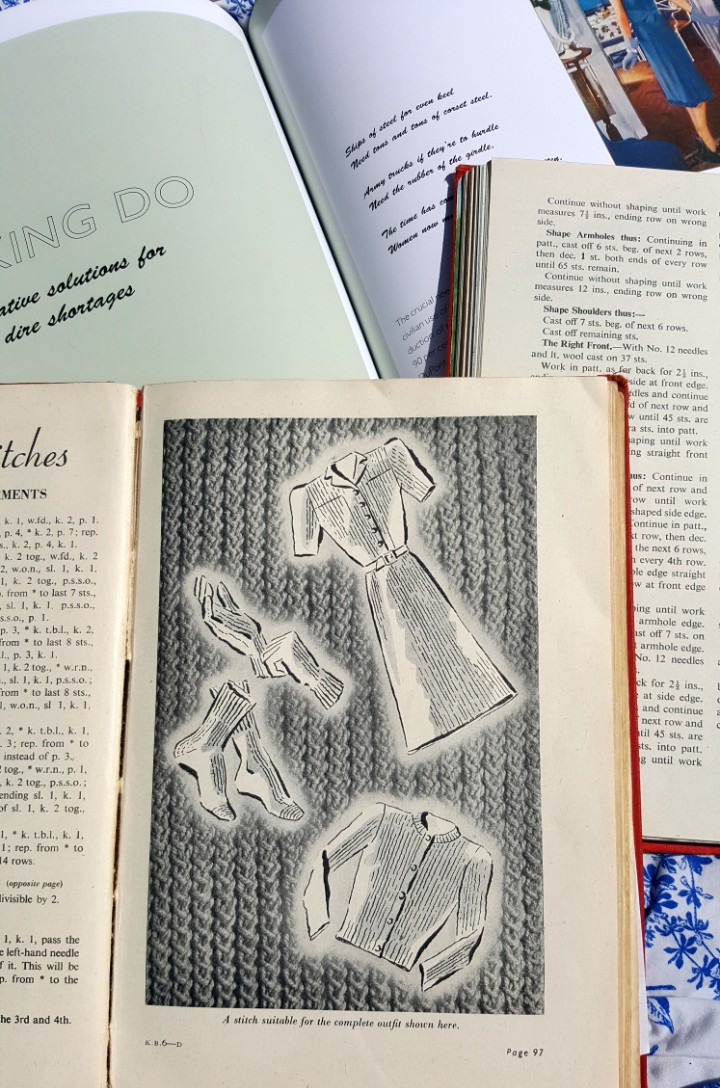 This ethos to clothes comes from a time when very few people could afford new clothes or made the majority of their clothes themselves and this ethos has been passed down by my Grand-Mother and her sisters to me and my family. A prime example of this is my grand-mothers Moygashel linen two piece going-away suit she bought for her wedding in 1954. My grand-mother wore that suit regularly for formal occasions before being used by her sisters and other relatives until the skirt was in tatters in the 1970s; though the jacket survived into the 1980s as my mum wore it to work. I would have loved to have worn my grand-mother’s suit to have as a memory of how important she was in my life but I am happy that it had a ‘good life’ as to say and was used until it could be used no more. 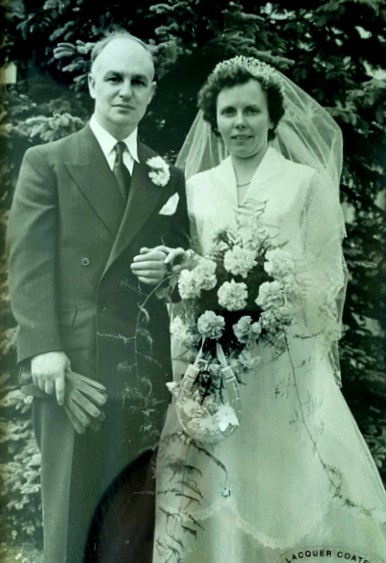 My grand-mother and her sisters who found the British Government’s ethos of ‘Make Do And Mend’ somewhat patronising as they always re-made clothes and re-darned clothes to last. This approach was passed down to their children and grand-children and whilst many similar people may choose to ignore the ‘Make Do and Mend’ ethos of their grand-parents my family chooses not to do so.  I regularly act like ‘Mrs. Sew and Sew’ (the puppet used in Make Do and Mend World War Two British Propaganda) and make a dress into a skirt or a bag or take an old shirt and cut it up to use for dusting (top tip socks are fantastic for polishing mirrors!). 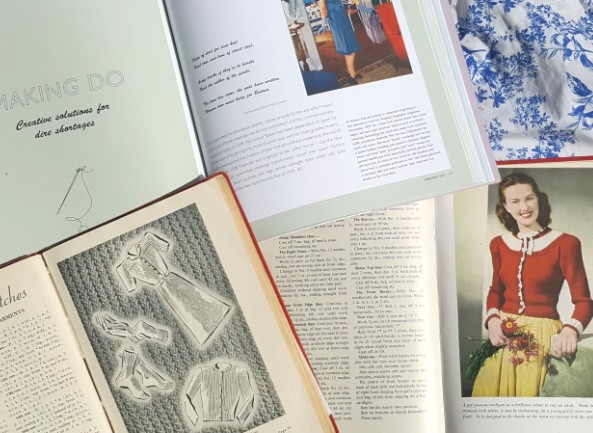 If I have too much rags I give them to charities to re-sell for profit or to a recycling company to use to re-make new clothes. The ethos of ‘nothing to landfill’ which is sort of new has always been my ethos – I hate that things are wasted and not made new or used for other purposes! Before dementia took away the personality of my grand-mother away she abhorred how cheap clothes where and how little thought went into how they were made; she hated unlined skirts and non-matching patterns on hems of clothing. 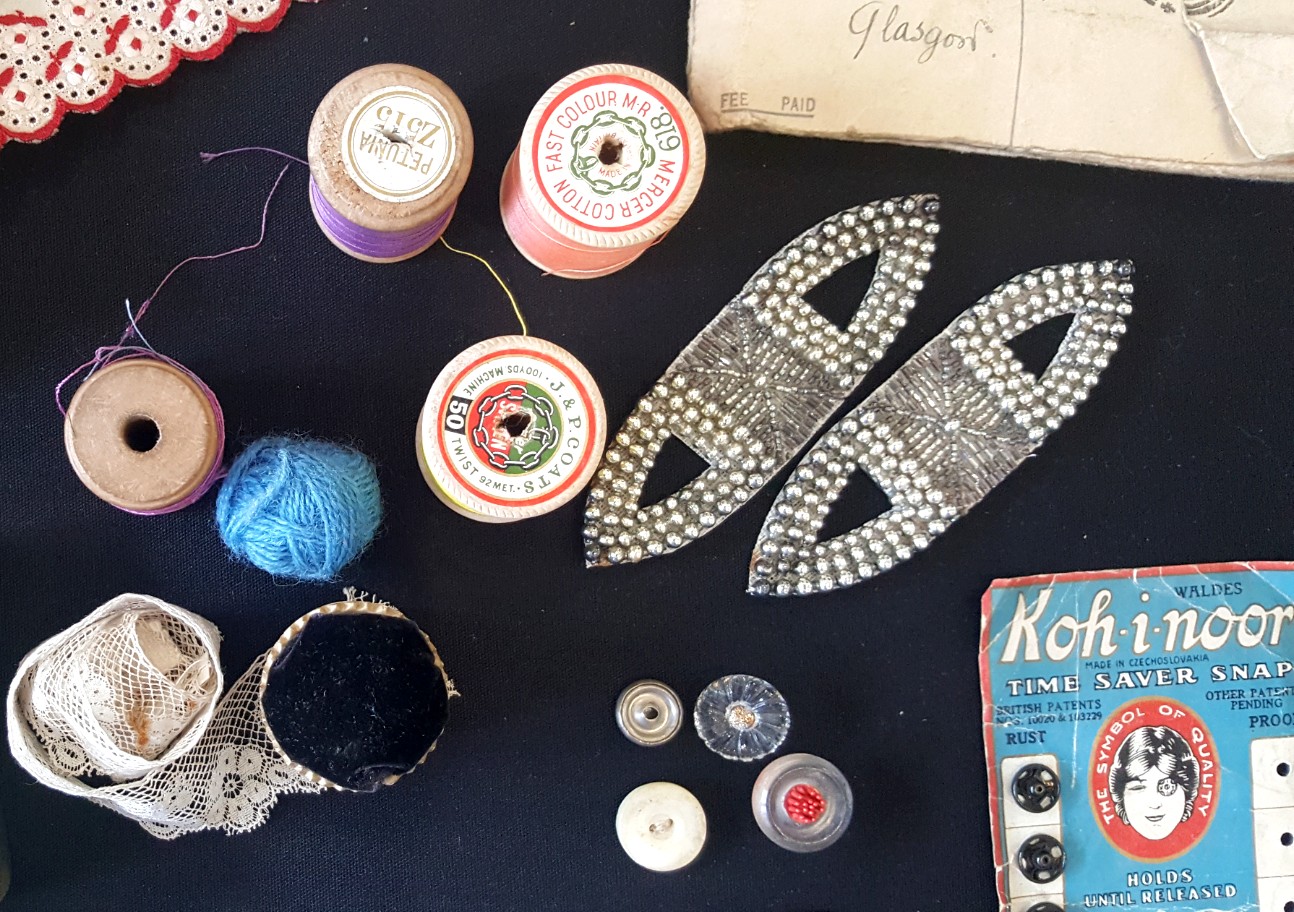 To this day I will not buy an un-lined skirt or a dress with an un-matching pattern. This is a prime example of inter-generational knowledge transferral; what one generation within a family does or doesn’t do is sometimes what the next generation does or doesn’t do. It is my normality to re-make old things and keep glass jars, chocolate box tins, rubber bands etc for future use. I don’t hoard; I use all these things for storage or giving gifts in. My grand-mother would be proud of my array of bakelite lidded jars and jam jars full of bulk buy food and my chocolate box tins of buttons and threads (well okay I do hoard these but they are so pretty!) 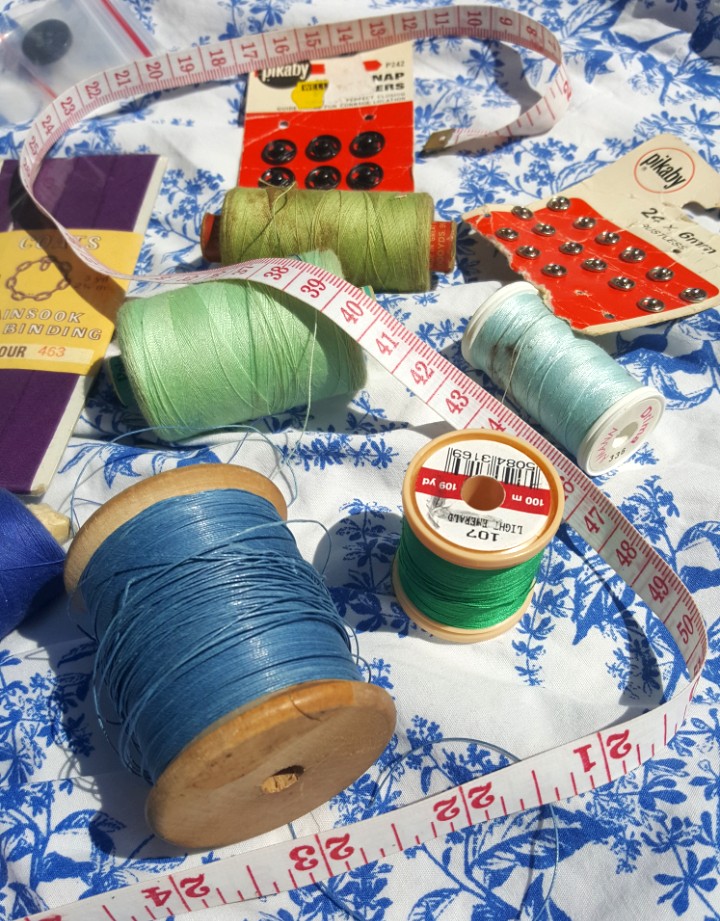 The idea of ‘make do and mend’ and ‘waste not want not’ attitude to a life was when the UK and Ireland was not a land of plenty for all. Whereas it is a land of plenty now for all but this does not mean we need to consume at the rate that we are currently consuimg; there is no ‘Planet B’ if things get any worse. It is up to us to ‘Make Do And Mend’ with the clothes we do have and only buy new if we really need it and if we do need it we should try to buy clothing that is made from ethicially sourced or re-cycled fabric. 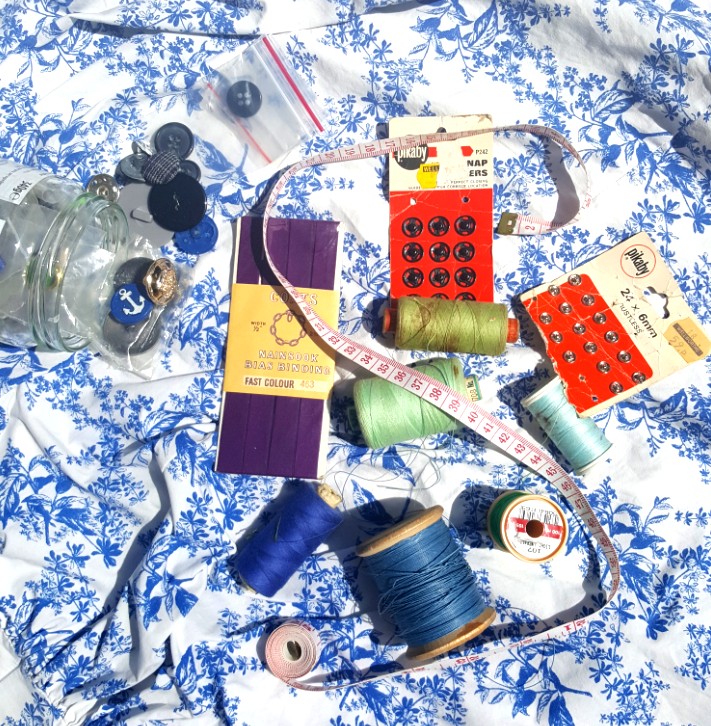 Additionally, we need to ensure that what clothes we do have we should treat them with care; re-hem that dropped hemline on your favourite dress, re-attach the button on your jeans and cut that old shirt up into cleaning rags. Your purse and the environment will thank-you and you will be re-joining the ‘Age Old Ethos’ of ‘Make Do And Mend’ and bringing into the twenty-first century! Next blog posts are a continuation on this theme but looking at everyday fashion within the ‘Make Do and Mend’ era of the 1920s to 1960s, the history of ‘Make Do and Mend’ and how everyday clothing was re-made and re-used until there were only threads left!

All photographs (c) the Author. Photograph of ‘Make Do and Mend’ Booklet (c) Northern Ireland War Memorial and sewing items on black background (c) The Tenement House, The National Trust for Scotland.