One of my favorite female artists is Jessie Marion King (1875-1949) a member of the Glasgow Girls group of designers and artists that studied at Glasgow School of art in the late 19th and early 20th century. The Glasgow Girls included Margaret and Frances MacDonald, Bessie MacNicol, Helen Paxton Brown etc. Jessie M. King is famous for her fluid art-nouveau stylistic depictions of faerie tales found in books, on jewelry, on ceramics, and for being an illustrator for books most notably books for children.

Jessie Marion King was born in Kilpatrick in 1875 into a family that did not approve of art as a career for a woman. Jessie used to hide her drawings in hedges on her way home from school such was the displeasure her father, a minister, found in women contemplating art as a career option. However, somewhere along the way Jessie must have converted her family as she studied at Glasgow School of Art in the mid to late 1890s winning in 1898 a Queen’s Prize in the South Kensington National Art School Competition before moving to Germany and illustrating and designing books. 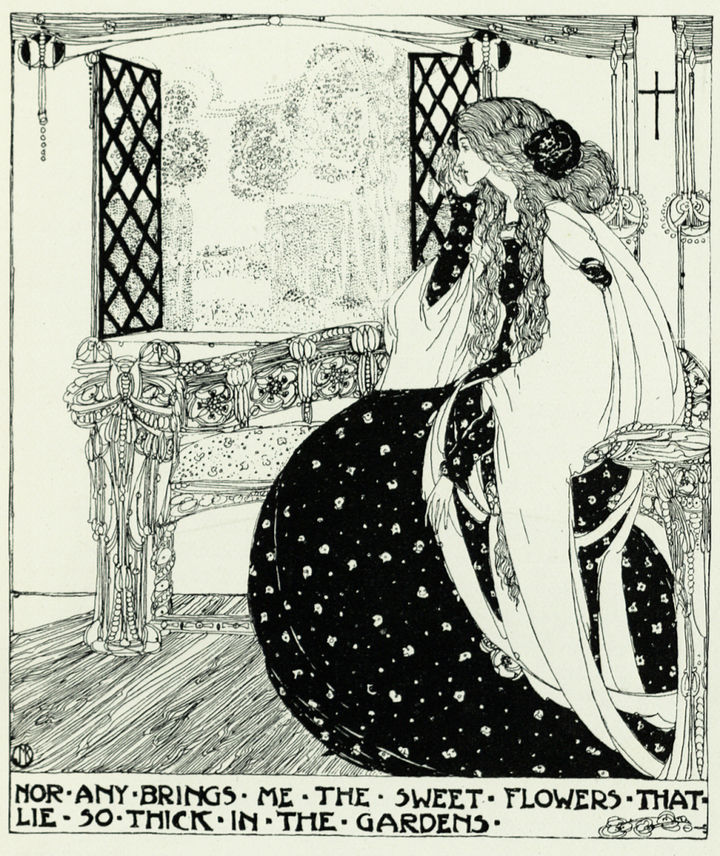 Jessie returned to Glasgow in the early 1900s and taught at the Glasgow School of Art between 1902 and 1908. During her time as a teacher in Glasgow Jessie continued to design illustrations, fabric, wallpapers, clothing, and ceramics. In 1908 she married Ernest Archibald Taylor a former Glasgow School of art student and an accomplished artist and designer in his own right. Jessie and E.A. Taylor moved to Paris after the birth of their only child a daughter Merle Elspeth in 1910 to open a design atelier and lived there until returning to Scotland in 1915 due to the First World war.

Jessie M. King and her husband E.A. Taylor moved to Kirkcudbright, now in Dumfries & Galloway, on their return to Scotland in 1915. Jessie helped set up an artist’s community in Kirkcudbright most notably at her home of Green Gate Close (where there is a blue plaque commemorating her life in Kirkcudbright!) where she encouraged female artists that both lived and visited Kirkcudbright. At one stage the head of the Edinburgh School of Art stated that no artist’s training was complete without having visited Green Gate close for further tuition!

Jessie was an early adopter of championing fellow female artists (in the photograph above she is pictured with Anna Hotchkis and Dorothy Johnston) and encouraged and helped train new and established female artists. Jessie also continued her own artistic practice alongside her fellow female artists to establish Kirkcudbright as the ‘St. Ives of the North’ – a famous artist’s colony in it’s own right not just famous for artists but also musicians, poets, and writers such as Dorothy L. Sayers who visited Kirkcudbright regularly on holiday!

I am very lucky to own several sketches by Jessie M. King from the 1920s purchased in Kirkcudbright (aka my favorite place in Scotland) and am familiar with both her legacy in the town and the continuation of Kirkcudbright as an artist’s colony in Scotland. Kirkcudbright has changed little from Jessie M. King’s death in 1949 and remains a popular tourist site for all things cultural in South-West Scotland. I would highly recommend visiting next time you are in Scotland even just to see the beautiful coloured houses that inspired both Jessie and her fellow female artists! 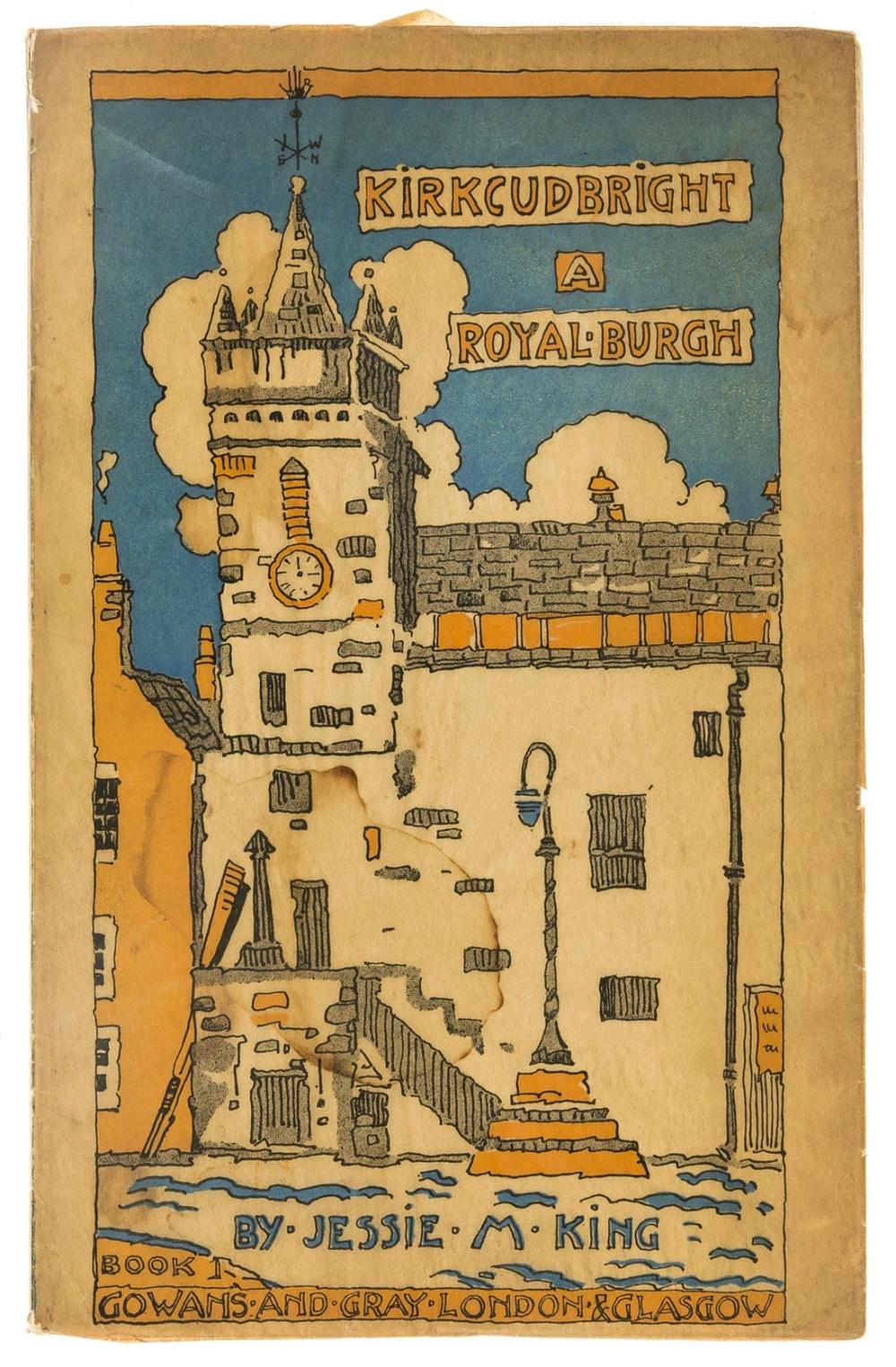 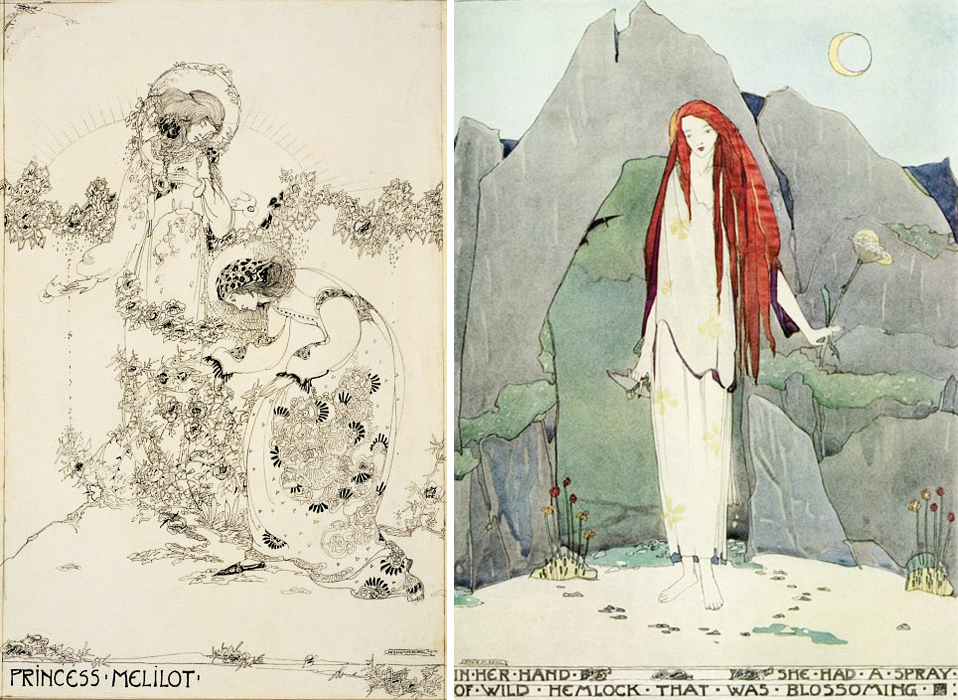 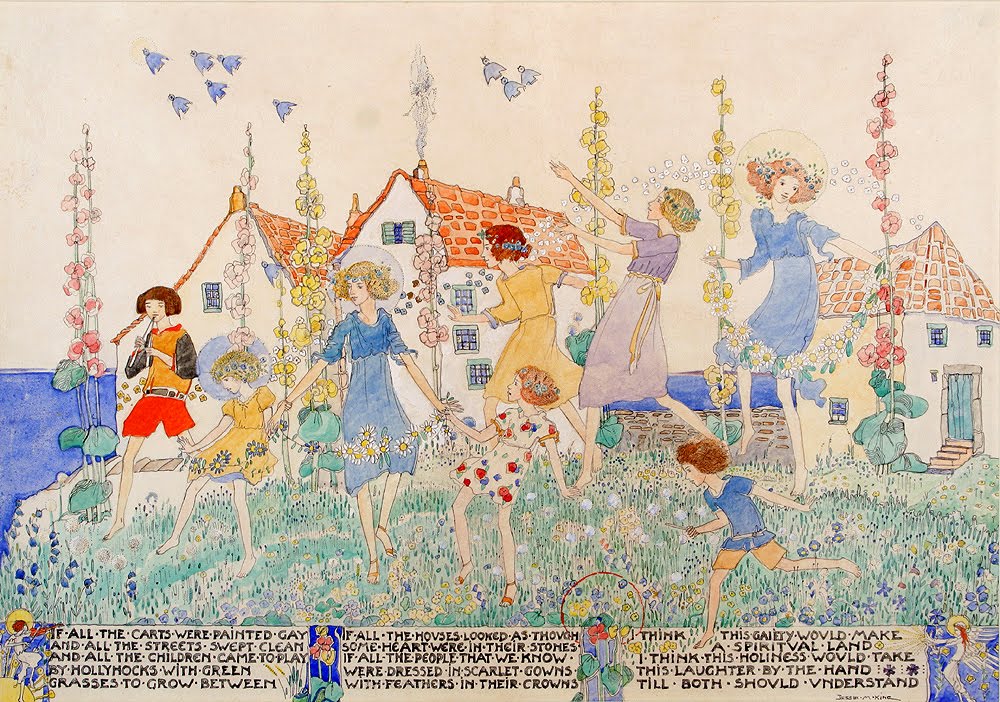