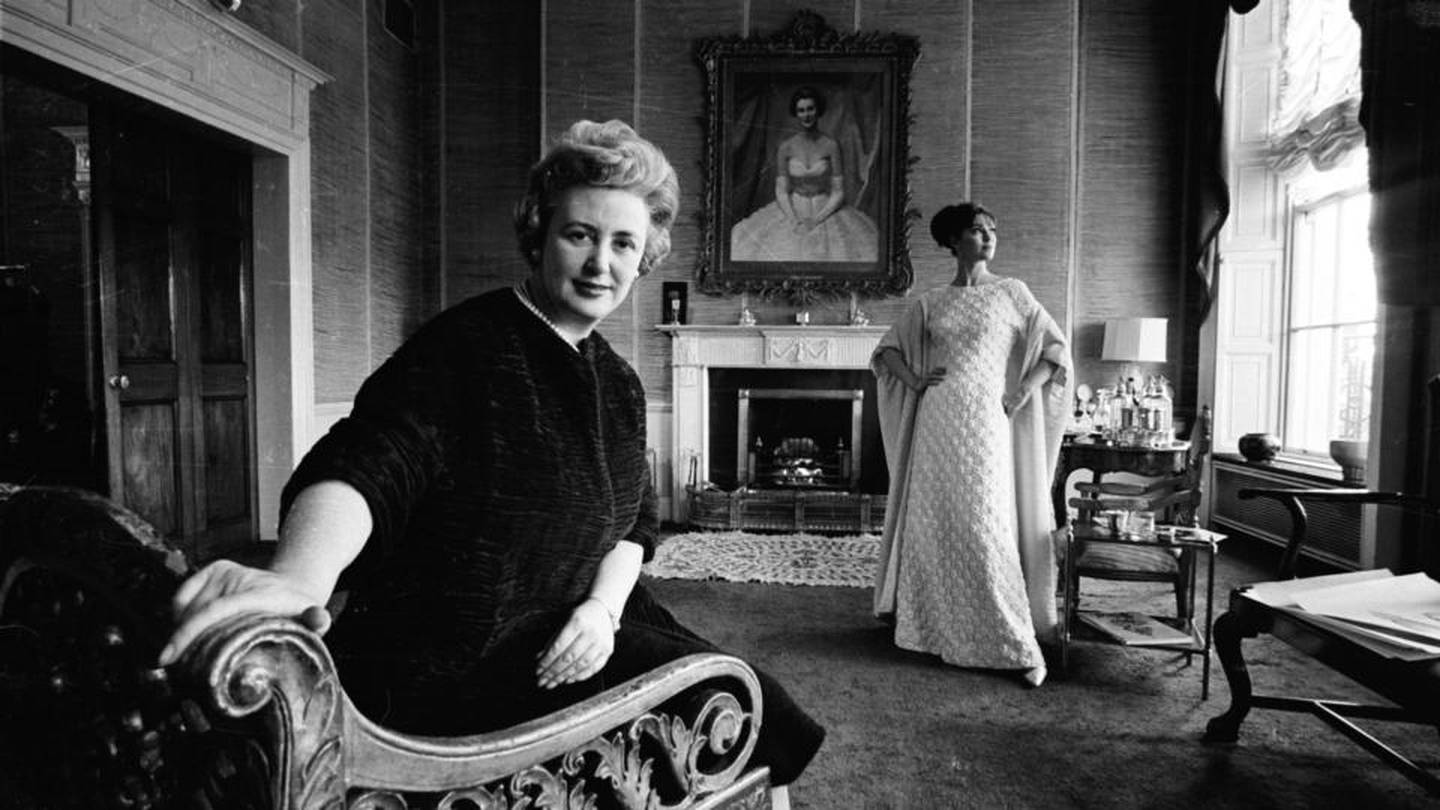 Pictured above is perhaps the most famous Irish designer of the twentieth century, Sybil Connolly. Famous for dressing Princess Grace of Monaco and Jackie Kennedy amongst a plethora of famous clients. Connolly made her mark in the 1950s and 1960s with her dresses made out linen, tweed, and wool and highly influenced by imagery of traditional Ireland of cottages, shawlie women, the rugged west of Ireland, and other associated images.

However, if you are an historian of Irish dress (like me) or simply interested in Irish dress history where do you go for your information and resources? Given there are a plethora of resources, societies, books, articles etc. there is not one single central depository of resources for historians of Irish dress, costume, and fashion. I separate dress from fashion and from costume as to me dress is the everyday dress of everyday people whereas fashion is the style of the dress e.g. 1950s full-skirted Dior inspired dresses. Whereas costume to me is either a national costume e.g. Wales and the Stove-Pipe hats worn in traditional female dress, or theatrical or film costume.

It is my dream and/or wish for the future to start some sort of society and/or website for a repository of sources for Irish dress, organizing conferences, get togethers, and general sharing of all things Irish dress. Until such time I thought I would put together a basic list of books, websites, dress collections, and articles that might be of interest to you. The idea that this list will grow, adapt, and change overtime and I’m always open to recommendations for things that I have missed!

Down County Museum, Downpatrick, County Down. Collection of 19th and 20th century costume collections. Though their dress collection is listed as ‘Textiles’ this does include items of dress.

Armagh County Museum, Armagh. Although this museum’s website does not list what is in the dress collection photographs on the website show Regency era dress and mention a dress collection that spans over 300 hundred years of Irish history.

National Museum of Ireland – Country Life. Again although this website does not directly refer to dress I am assuming that there is dress within this collection.

Dress in Nineteenth-Century Ireland: An Approach to Research, Laura Jones, 1978.

Colonial Discourse on Irish Dress and the Self as “Outward Dress”: Swift’s Sartorial Self-Fashioning, Siyeon Lee, 2017.

On national dress and the problem of authenticity in Ulysses, Helen Saunders, 2019.

Captured in the Clothing, Elaine Farrell and Eliza McKee, 2022.#

After a fashion: A history of the Irish fashion industry, Robert O’Byrne, 2000.