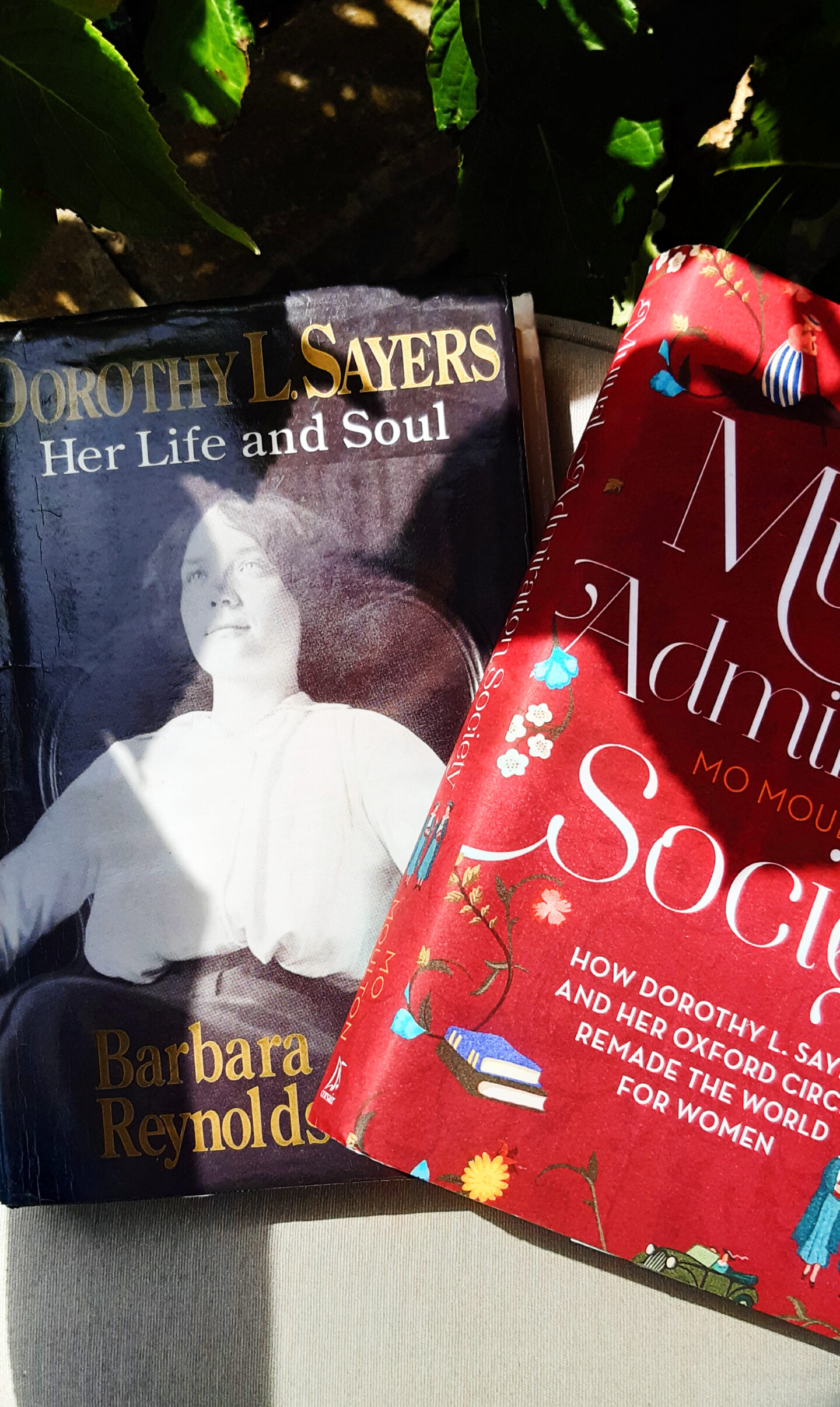 As you may or may not know; I love a good detective novel. Particularly those set in the ‘Golden Age’ of crime fiction between the two World Wars (1919-1940). Whilst I admire and love Agatha Christie’s Hercule Poirot books (I’m not much of a a fan of her Miss. Marple books) by far my most favorite female author from this period is Dorothy Leigh Sayers or Dorothy L. Sayers as she is better known. Dorothy L. Sayers is famous for the Lord Peter Wimsey detective novels which also feature Harriet Vane the crime fiction writer and some would argue a parody of Sayers herself (alas to the best of my knowledge I am not related to the great woman herself!) 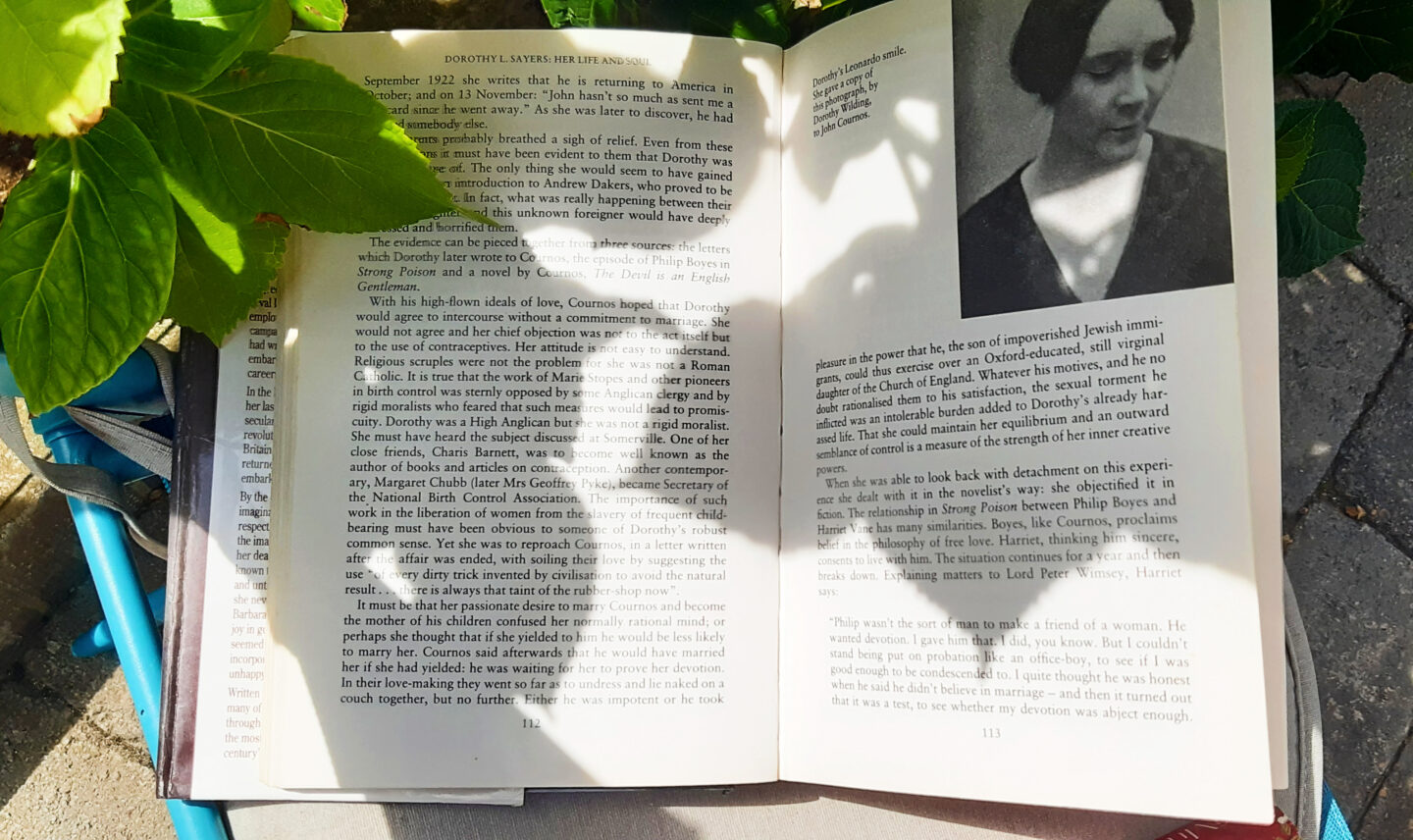 Dorothy L Sayers (pictured above as a teenager in a theatre production) was born on 13th June 1893 to the Reverend Henry Sayers and his wife Helen Mary Leigh Sayers. Dorothy would be her parents only child as they had married late in life and could not have anymore children. Dorothy grew up at Bluntisham Rectory, Cambridgeshire where her father was the local vicar. Dorothy was a precocious and intelligent child learning to speak and write Latin at age six before being sent to board at the Godolphin School in Surrey.

In 1912 Dorothy won a scholarship to study at Oxford at the prestigious women only Somerville College. Dorothy studied modern languages and medieval literature. Dorothy thoroughly enjoyed her life at Somerville and formed life long friendships with women who would be instrumental in fields such as teaching and birth control. Dorothy and her friends created the ‘Mutual Admiration Society’ at Somerville to encourage each other’s creative writing and university work. They also took part in poetry and literary readings and took an interested in the amateur dramatics society of Somerville College.

Dorothy graduated in 1916 at the height of the First World War but was unable to receive her degree until 1920. Dorothy and her classmates were some of the first women ever to receive their MA Degrees in 1920 and were making history by attending what had been until then a nearly all male graduation ceremony (excepting the presence of female relations!). 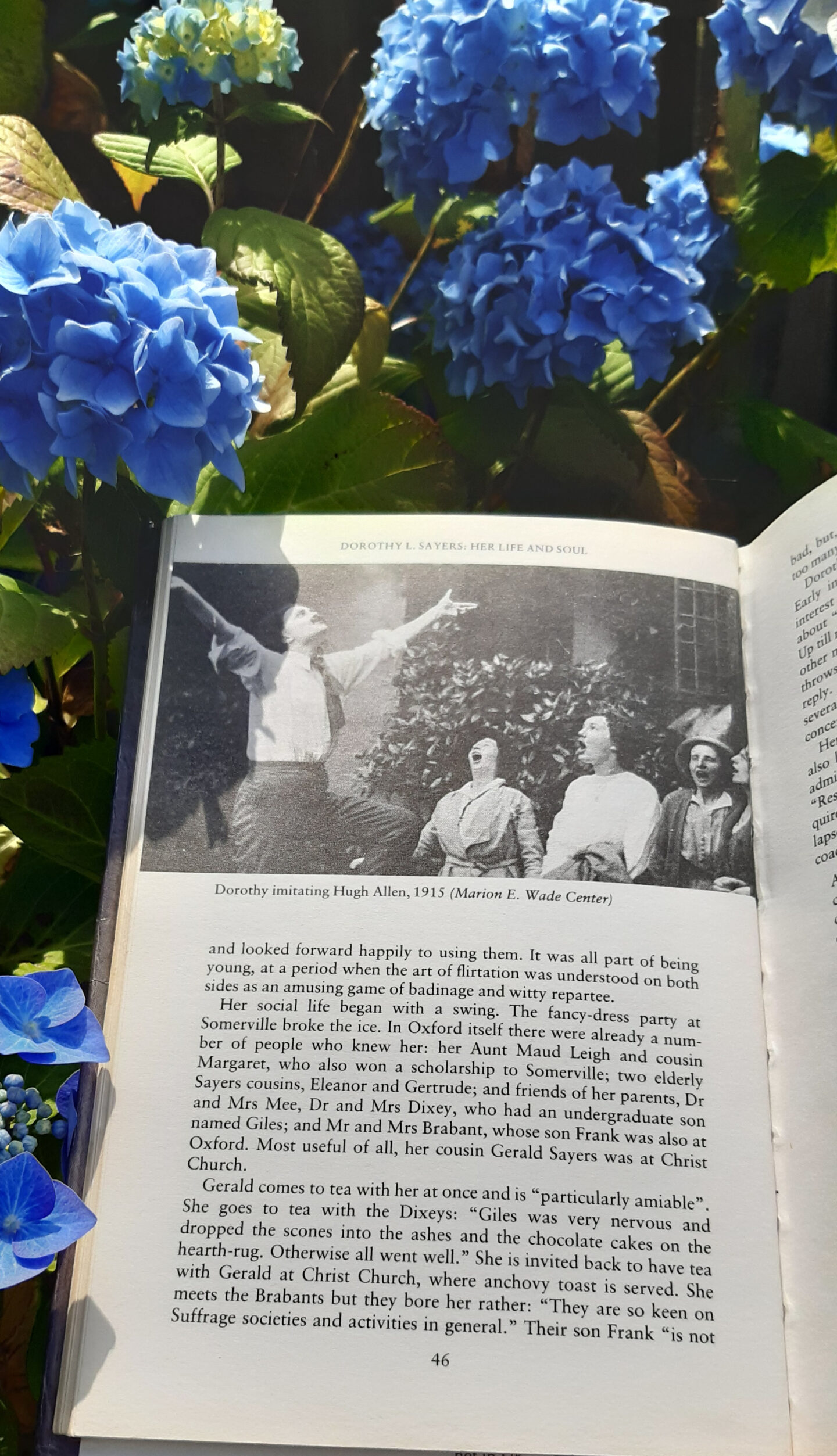 Dorothy drifted through jobs in publishing and teaching both in England and in France before working as a copywriter for S.H. Benson’s advertising company in London. Dorothy lived in various flats in either Mecklenburg Square or other parts of Bloomsbury which would give her inspiration for writing about Harriet Vane in her future novels. Dorothy is famous helping to coin the Guinness slogan, ‘Guinness is Good for You.’ A slogan which has stuck ever since and whether Guinness is good for you is up to the individual’s opinion!

The 1920s were also a time for Dorothy’s romantic explorations with different men though non proved satisfactory or offered her marriage. Dorothy became pregnant by Bill White, a married and unemployed motor car salesman. Dorothy decided to keep her baby and gave birth to John Anthony Sayers on 3rd January 1924. Dorothy only nursed her son for three weeks before fostering him out to her cousin Ivy Shrimpton and his parentage was to remain a mystery until Dorothy’s death in 1957 where it was revealed in her will that she was John’s mother.

By 1924 Dorothy’s first book Whose Body featuring her series detective Lord Peter Wimsey was published followed by Clouds of Witness in 1924 and Unnatural Death in 1927. A year before Unnatural Death was published Dorothy married Arthur Fleming and continued to work for S.H Benson and publish her novels. Dorothy leans heavily on personal experience in her novels featuring Lord Peter Wimsey and Harriet Vane. Harriet is an extension of herself and Lord Peter Wimsey is in some ways her ideal man in the way that he treats Harriet as an intellectual and physical equal in both her work and choice of lifestyle. 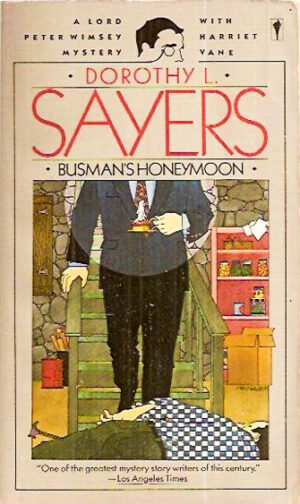 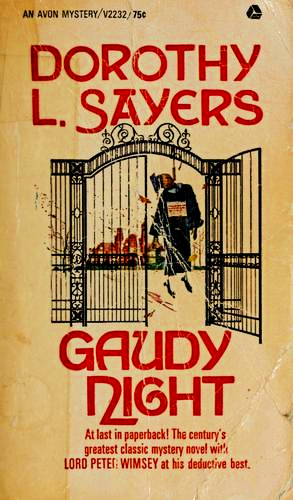 Whilst this is not an overview of the Vane and Wimsey relationship it is worth noting that Dorothy L Sayers grew tired of her sleuth and his lady and only featured Harriet in four novels with one unfinished novel found after her death. As the 1920s and 1930s wore on Dorothy became involved in ‘The Detective Club’ as one of it’s founding members and was instrumental in setting up the ‘Rules of Detective Fiction.‘

By decades end Dorothy was un-inspired with her work as a detective fiction writer and turned her writing skills to works on religion, faith, and theology as well as publishing a translation of Dante’s Inferno. Controversially, one of Dorothy’s radio plays for the BBC during World War Two was the first to feature the ‘voice’ of Christ on mass media. There was a national outcry at this but the play remained popular and has been re-broadcast several times on BBC radio.

Dorothy continued to work on theological problems and texts until her death in 1957. Her books have never been out of print and remain a favorite amongst detective fiction fans today. My personal favorite is Gaudy Night published in 1935 and centre’s around a fictional Oxford women’s college and draws on Dorothy’s experience at Somerville College. Dorothy L Sayers was a pioneering author and in my own opinion feminist who was faced with a pregnancy outside of marriage but continued to work and was able to provide a loving home for her child albeit not with her and her new husband. If you’ve not read any Dorothy L Sayers pick up one of her books from your local library and start today!