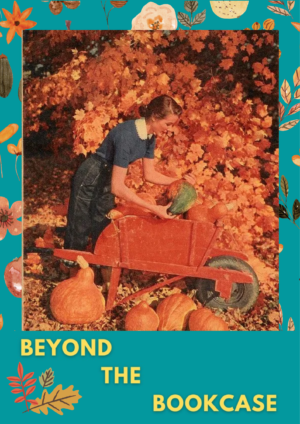 Yes, I know it’s November, November but I read this during a break from blogging in the run up to Halloween and a much-needed break in County Donegal aka my favourite part of Ireland. As with anyone who loves books, I tend to match my reading to my mood and also to the seasons. October, October by Katya Balen definitely matched my mood for light reading with a story set in autumn. Particularly with the beautiful front cover by illustrator Angela Harding! 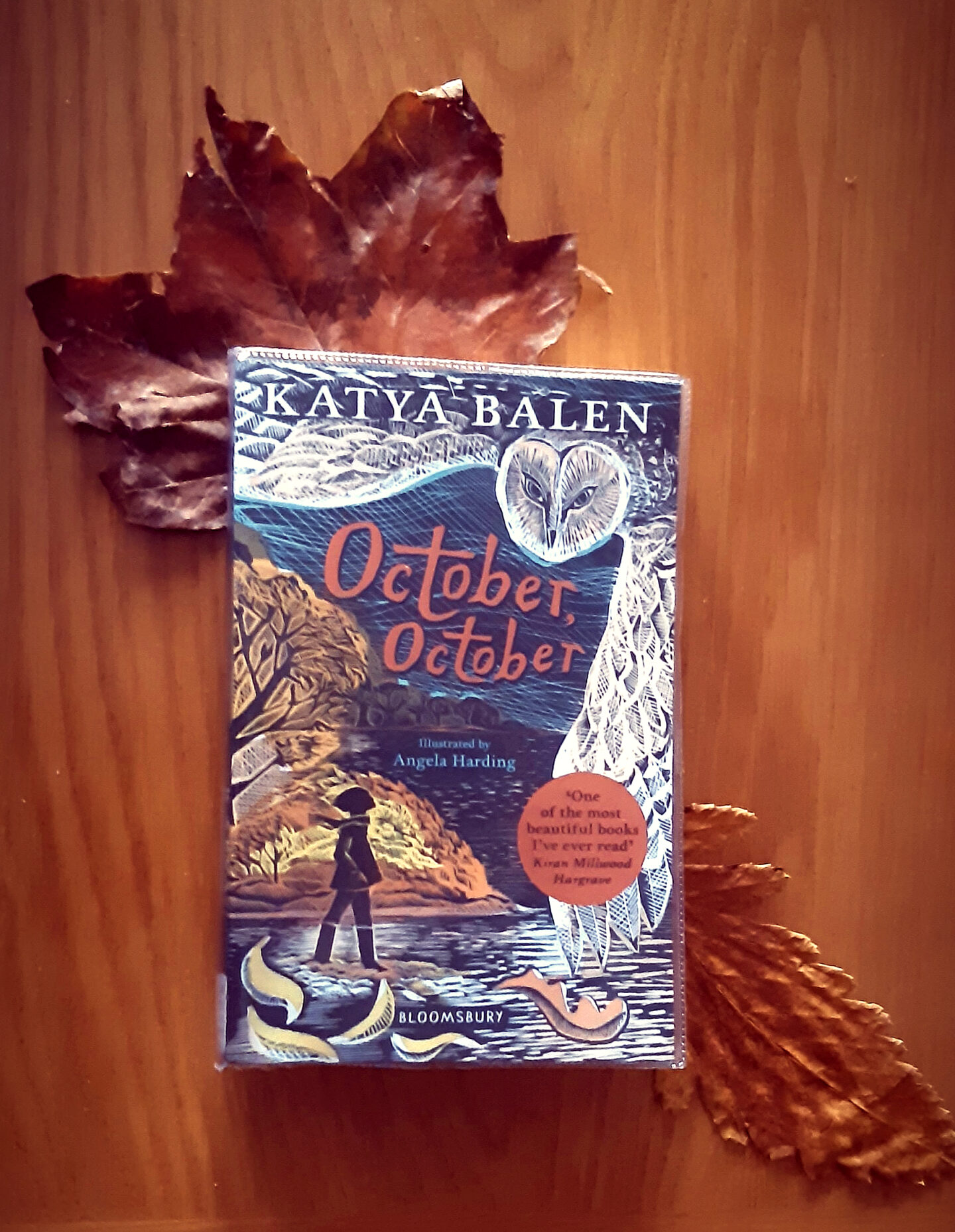 ‘October, October’, is a young adult or YA novel about an eleven-year-old aptly named October as she lives deep in the woods with her father near a small English village. October has never really known the world outside or her mother who left when she was four. October’s mother could not adapt to the off-grid lifestyle that October’s father adored; living and carving a life deep in the forest with batteries for electricity and a wooden fire for warmth.

October grows up not going to school but learning how to manage the wood and its inhabitants with an ethos to enhance rather than inhibit nature. October learns maths by planning and plotting a vegetable plot, she learns to read by reading animal welfare manuals and looking at old encyclopedias, and about the world outside on the rare occasions her father and her leave the safety of the woods. 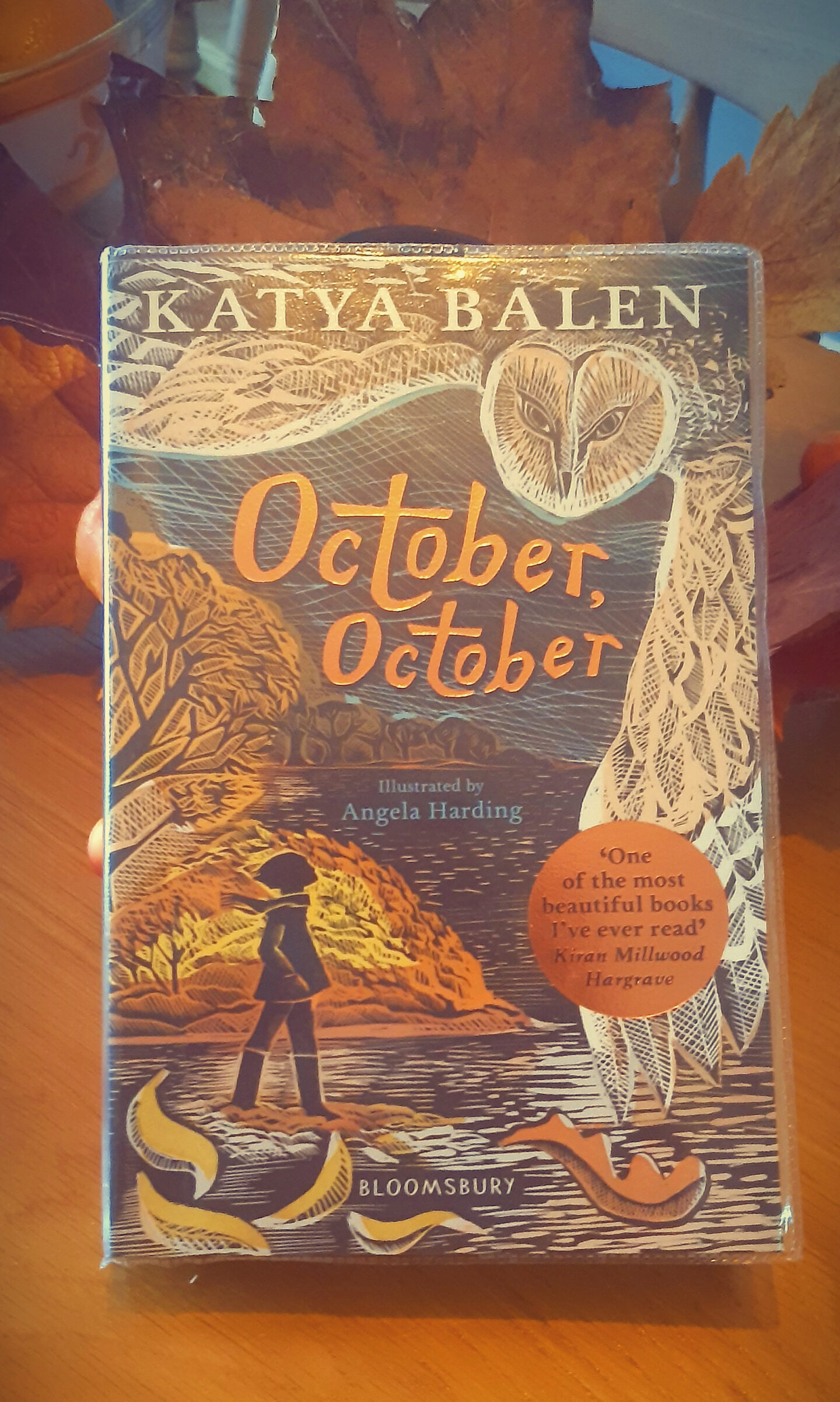 As the years go by and October grows up her father and her develop rituals throughout the year to mark the seasons from a dip in the cold pond for October’s birthday in October funnily enough to taming and assisting nature in Spring and Summer. What is apparent as the story develops and October saves a baby owl from dying; October is possibly a child with autism as she is overwhelmed with a visit to the pet store for food with the baby owl. It is also hinted at that her father is also possibly autistic as he too finds the outside world too much. The depiction of October feels with being overwhelmed by too much noise and lights are sensitively described with language that is kind and positive to those who experience similar disruptions in every-day life.

Suddenly, October’s comforted and closeted world changes forever on her birthday when her father has a terrifying accident that leaves him in hospital for weeks on end leaving October with no choice but to move in with her distant mother. October moves from the peace of her woods to the business of London and mainstream school for the first time in her life. Her experiences are overwhelming and make the reader feel deeply what October feels as she navigates terrifying experiences daily from being on the London tube to not being able to keep up with her schoolwork.

Fortunately, October makes like-minded friends and finds solace in joining a mud larking club (mud larking is taking part in digging for artefacts on the mud flats of the Thames in London and cannot be undertaken by people without a license) where she finds treasures to add to her treasure box from her woodland home. October’s confidence grows to the extent she is able to lead an assembly at school where she awes her classmates with her newfound love of history and archaeology. October argues that we all have different stories within us at different times of our lives; some sad and some good and like history it changes as time goes on.

As someone who has felt burnt out lately with blogging and deciding how often and why I want to blog October’s reasoning on how interesting and engaging history has sparked my interest in sharing history through the medium of this blog. And like October I won’t be pushing myself to do things that make me overwhelmed or in my case produce sub-standard content. Instead, I will produce content that I am proud of at a pace for myself and as I develop my blog for the future, I intend to promote my blog to engage more people with my little corner of the internet and hopefully enthuse some historians of the future. 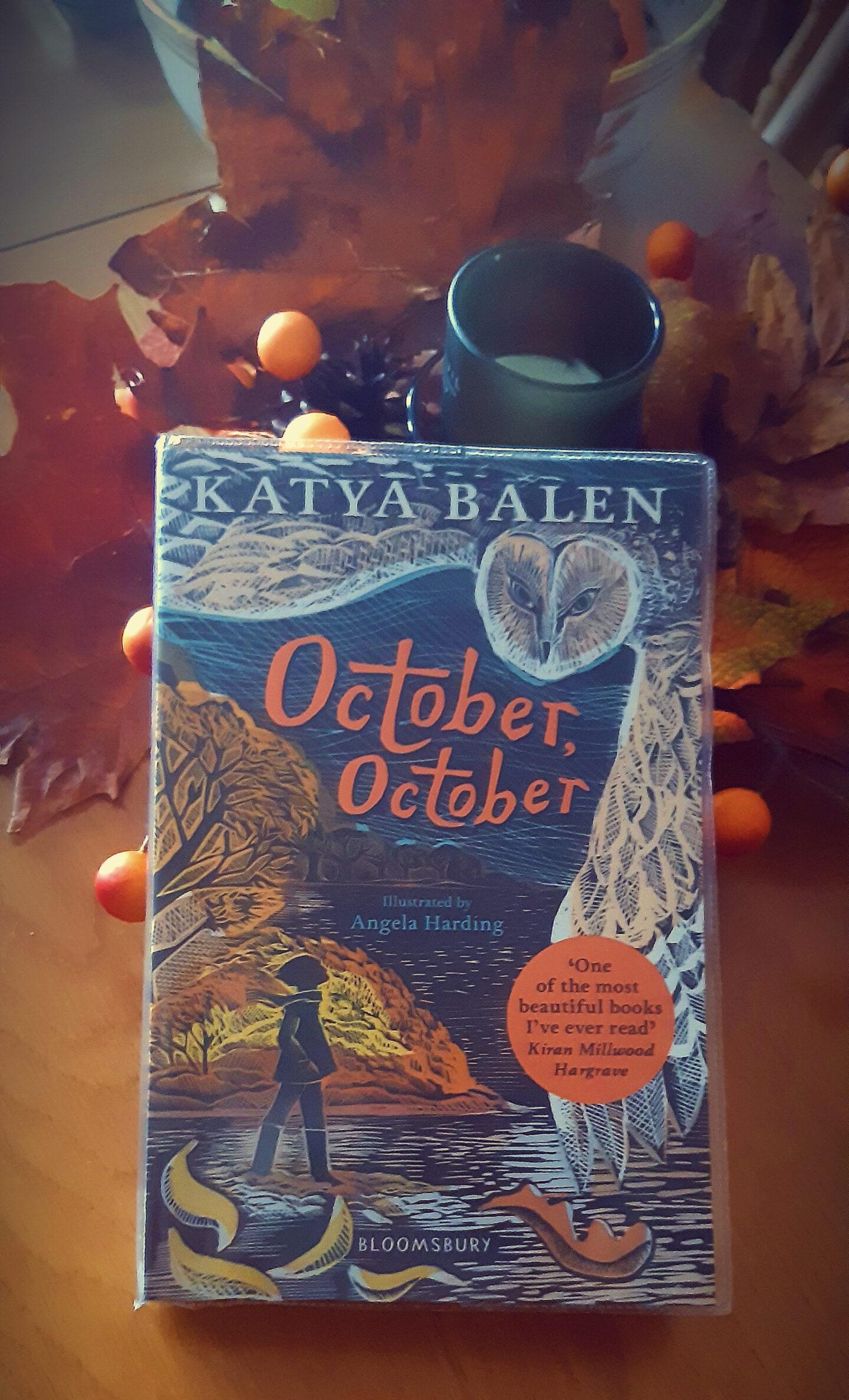